Midget Of The Corn, Part 2: Putting The Engine In By Hand! 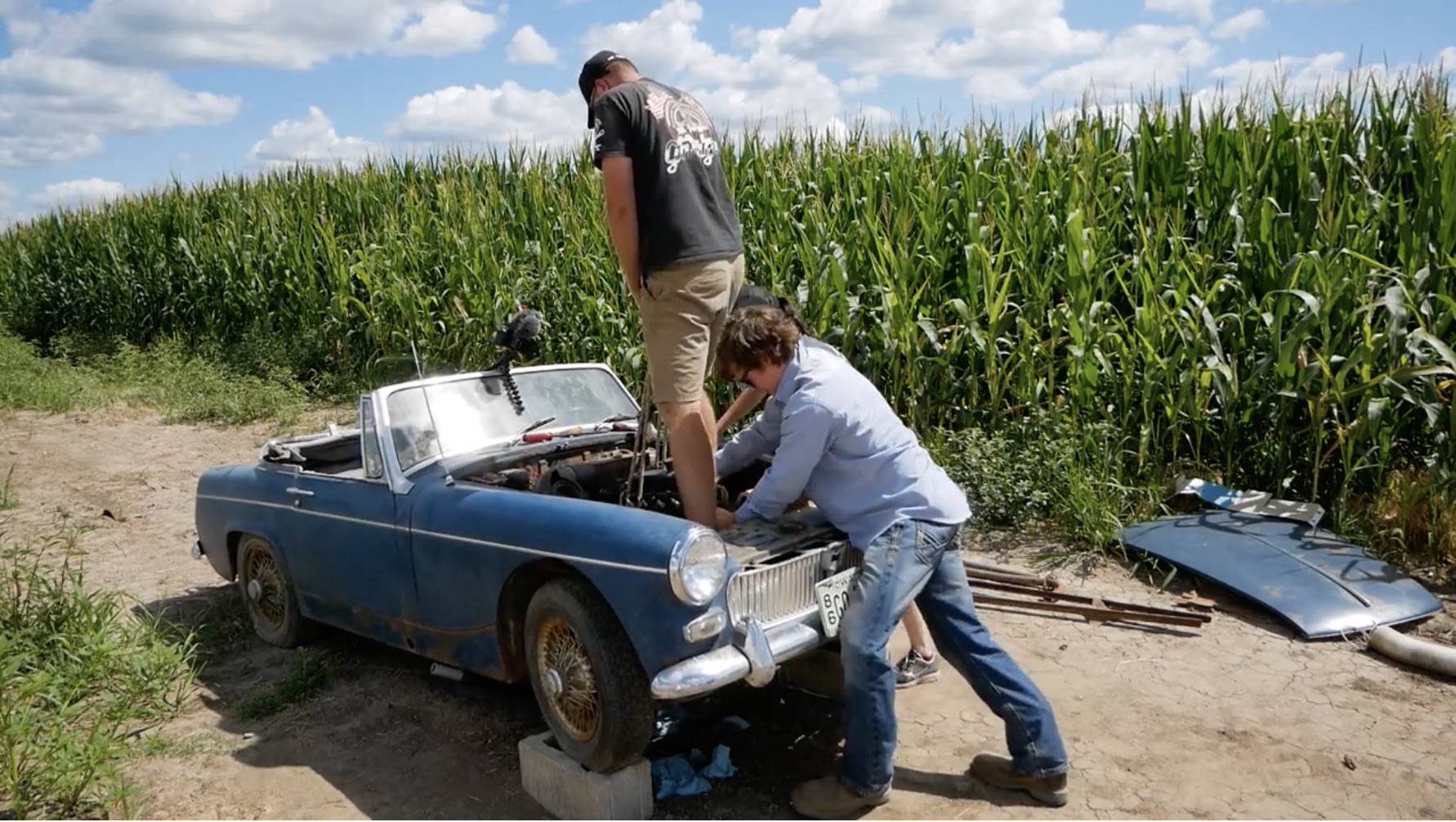 Not so long ago (a couple of weeks, in fact) I said that Kevin from Junkyard Digs is the YouTuber that almost refuses to take the easy way out. Why he does that, I don’t know…it’s bad enough that he finds old Ford trucks that have bedsides made of metal with the thickness and structural rigidity of a graham cracker, every flood vehicle in a four-hour radius of his house, and interesting and neat cars that are one good sneeze away from breaking in half. The dude is a glutton for punishment, it seems. I can’t confirm that for sure, since he wasn’t interested in buying the Imperial, but he has a masochistic streak a mile wide for sure.

We’re back at the edge of a cornfield with a 1968 MG Midget that a few weeks ago was more or less composed of Lucas electronics and rodent turds. We don’t know if he’s properly apologized to his shop-vac for sucking up the worst soup ever, but we can at least say that this time, the car isn’t rusted to hell and back. In fact, in the MG’s short first life, the engine bled so much oil that a combination of dirt road dust and dead dinosaur goo coated the subframe to nearly perfect levels. Fine and good, but the original engine was useful only as a flowerpot, which is why we have a part two. He’s scored an engine, and he’s going to put it in…without a hoist. Or tractor.

MY back hurts watching this.

One thought on “Midget Of The Corn, Part 2: Putting The Engine In By Hand!”