The Modified Class At A Vintage Tractor Pull Is Full Of The Most Awesome Homebuilt Hot Rods Ever – The Engines Rule! 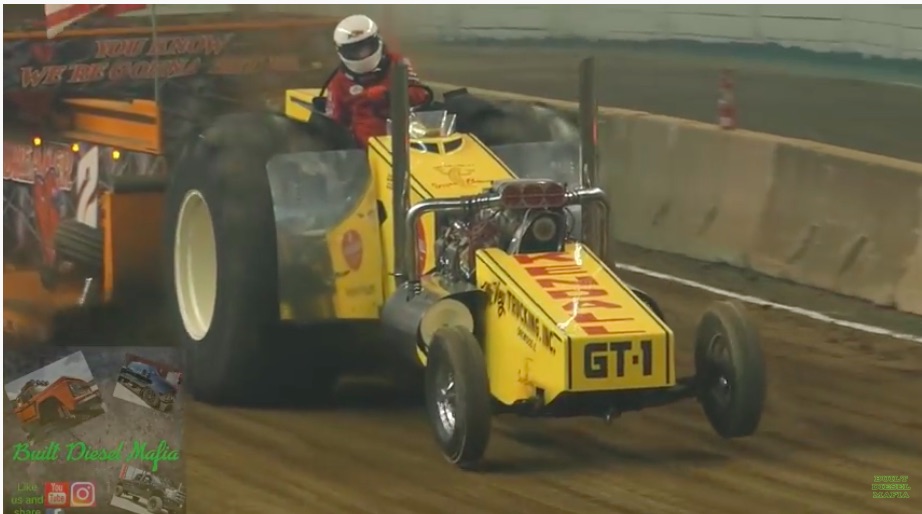 While we love high level motorized competition because it displays the best that technology and budget has to offer, we cannot help but be head over heels in lust for classes where brains far outstrip budget. That’s the case with the modified class at this vintage tractor pull. These modified tractors have the frames and cowling of their original manufacturer but they are repowered with a multitude of different engine combinations. Some guys have blowers, some guys have turbos, some guys have both! Seriously, look at the tractor in the lead photo with the old school setup which has a pair of turbochargers feeding into the injector hat atop a blower. That’s something! Of course you have to watch the video to see what happens, but we know you want to.

From what we can tell, all of this stuff is 1980 and down as we did not see anything that came close to being newer than that. In typical fashion, not every hook goes according to plan but if it were easy, everyone would be doing it. One of the tractors has what we think is a V12 airplane engine of some sort. It is turbocharged, it has dual ignition systems, and it seems to have individual cylinder juggs. Anyone have an idea on that one?!

Press play below to see some awesome home-built modified tractors getting after it!

This Profile of GATR Racer Shawna Robinson Shows How Wild Big Rig Speedway Racing Was In The 1980s Smashing, Baby! This British Review Of The Then New 1974 Lotus Elite Is Glowing To Say The Least

One thought on “The Modified Class At A Vintage Tractor Pull Is Full Of The Most Awesome Homebuilt Hot Rods Ever – The Engines Rule!”