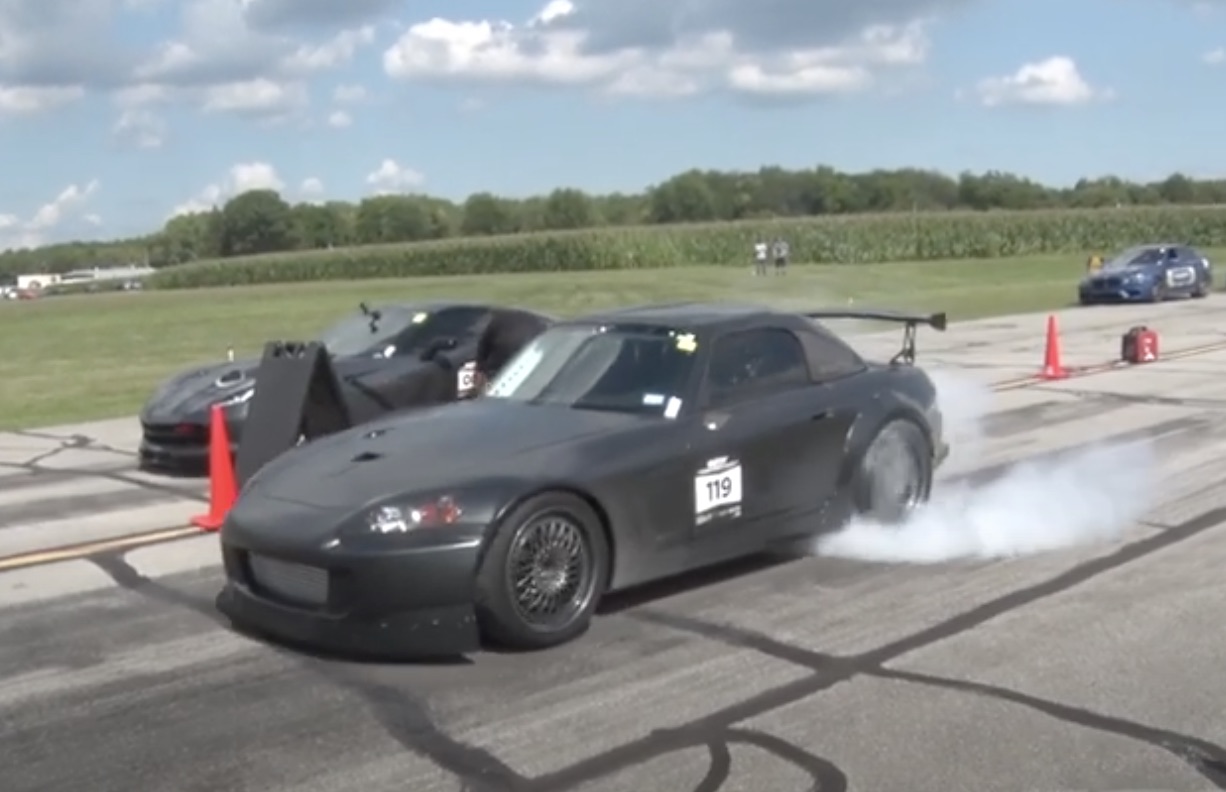 Remember when these things came out? RWD Honda roadster was a cool thought…would give the Mazda Miata guys something to chew on for a minute, and it would be neat to see what a Honda mill could do driving the rear wheels for a change. Did anybody really talk about that that? Nope. All they talked about was the redline and the power-to-displacement ratio. With 124 horsepower per liter, you had to give the car it’s due, it was a rocker. But then, let’s talk about that redline for a second: 8,300 RPM was the peak for power and 8,900 RPM was fuel cut. That’s revving like a freaking crotch-rocket and in 1999 was nipping on the heels of the musclecars badly. If the driver had the nuts to wind the engine to it’s full potential…half a second before it sounded like Piston #3 was going to go into Major Tom mode…it wasn’t going to be a David vs Goliath fight but a toe-to-toe brawl between a barfighter and a karate kid with the correct moves and the talent.

This S2K is what happens when Karate Kid starts dipping into the ‘roids just a little bit. Honda four cylinder, some extra tubing, and that big wing on the back that says “loud Honda has arrived.” Is it worth it? Watch the face of the passenger. Just watch. That will tell you everything you need to know in one shot. Not the way it revs, not the trap speeds. The facial expressions…plural.

Boosted Insanity: Watch The Most Powerful 4.0L Jeep Engine Ever Built Make 860+ HP and 880+ Lb-Ft On The Dyno! The Goldsmobile Is Back On The Road! New Fuel Tank, New Power Steering Pump, And More!