Boosted Insanity: Watch The Most Powerful 4.0L Jeep Engine Ever Built Make 860+ HP and 880+ Lb-Ft On The Dyno! 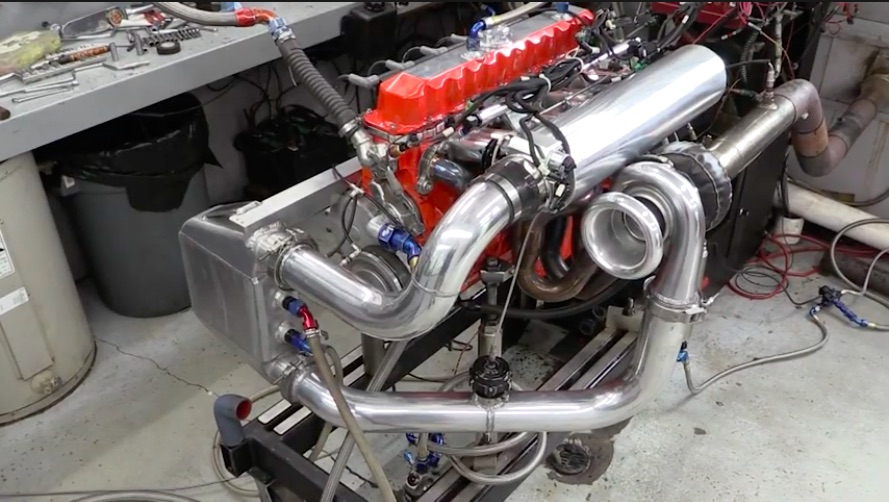 It has been awesome to watch Newcomer Racing’s builds on the Horsepower Monster YouTube Channel. This company that is so well known for its Jeep inline six stuff is just killing it. The naturally aspirated engines are bad ass with the last one we saw making double the factory horsepower but this boosted bomb is the most amazing and powerful Jeep engine ever made. We’re talking horsepower and torque nearly 900 numbers A PIECE. This from an engine that made like 190hp stock!

Did we mention that this thing does not have a load of one-off billet parts in it or some snazzy head or camshaft that you cannot get? It has a freaking stock casting head on it! It has a freaking older stock Jeep crank in it! The engine can turn upwards of 6,000 rpm when it wants to which is another thing that makes our eyes roll back into our head when watching it. The RPM is something you just do not hear out of these engines and you certainly do not see this type of power.

Previously the most powerful Jeep inline six made 600 some hp and it was built many years go. This engine shatters every record that is known to exist and frankly isn’t done yet. There’s a better than average chance we see this thing come back for some four digit power pulls in the not too distant future.

Rocky Review: Take A Look Back To What People Thought Of The 1993 Hummer H1 Morning Symphony: One Highly Pissed Off Honda S2000