Sunken Supersonic Treasure: The Flying Test Models From The Avro Arrow Program Have Been Found In Lake Ontario 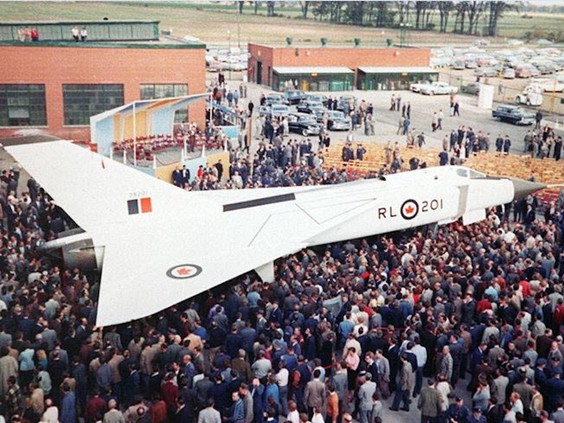 It’s one of the most amazing and confounding aviation stories of all time. The history of the Avro Arrow, a fighter jet that was designed and was slated to be built in Canada as a way to stand up to the threat of Russia during the cold war but was ultimately scrapped is fascinating to study. It’s really a tale of science, engineering, politics, and the intersection of all three when it comes to Canadian history. This was not some project that got canceled on the drawing board. The entire program was ready to roll. 25,000 people were working on the job at the time and there were flying prototypes, years of engineering work, and untold millions of man-hours that went into getting the Arrow from an idea to a functional and absolutely world class fighter jet. The thing could nearly touch Mach 2…in the 1950s and early 1960s!

Because there was no wind tunnel in Canada that could do some really heavy duty testing on scale models of the aircraft, new ways were developed to test and get data. Among them was the creation of larger rocket propelled models that could be launched and studied at speed. These were shot into Lake Ontario, 12 of them in total and they were seemingly lost forever until just recently.

When it comes to solving mysteries like this it helps to have a couple of factors. Those factors are rich people and experts. Typically the experts don’t have the jack to actually make stuff happen and the rich guys don’t have the expertise to actually find when they are looking for. When you combine both, though you get the right balance.

This is a fascinating story about a tale that keeps on giving. The Avro Arrow is one of engineering’s best “what-ifs” and the fact that people are still so obsessed that they are scouring the bottom of lakes to find answers should reinforce that!

Check out this awesome story about the location of the Avro Arrow flying models!

The 2020 Hi-Performance Expo Powered by Optima Batteries Is Coming To COTA November 1-3 - Big Fun, Big Money, Be There! Rocky Review: Take A Look Back To What People Thought Of The 1993 Hummer H1

One thought on “Sunken Supersonic Treasure: The Flying Test Models From The Avro Arrow Program Have Been Found In Lake Ontario”