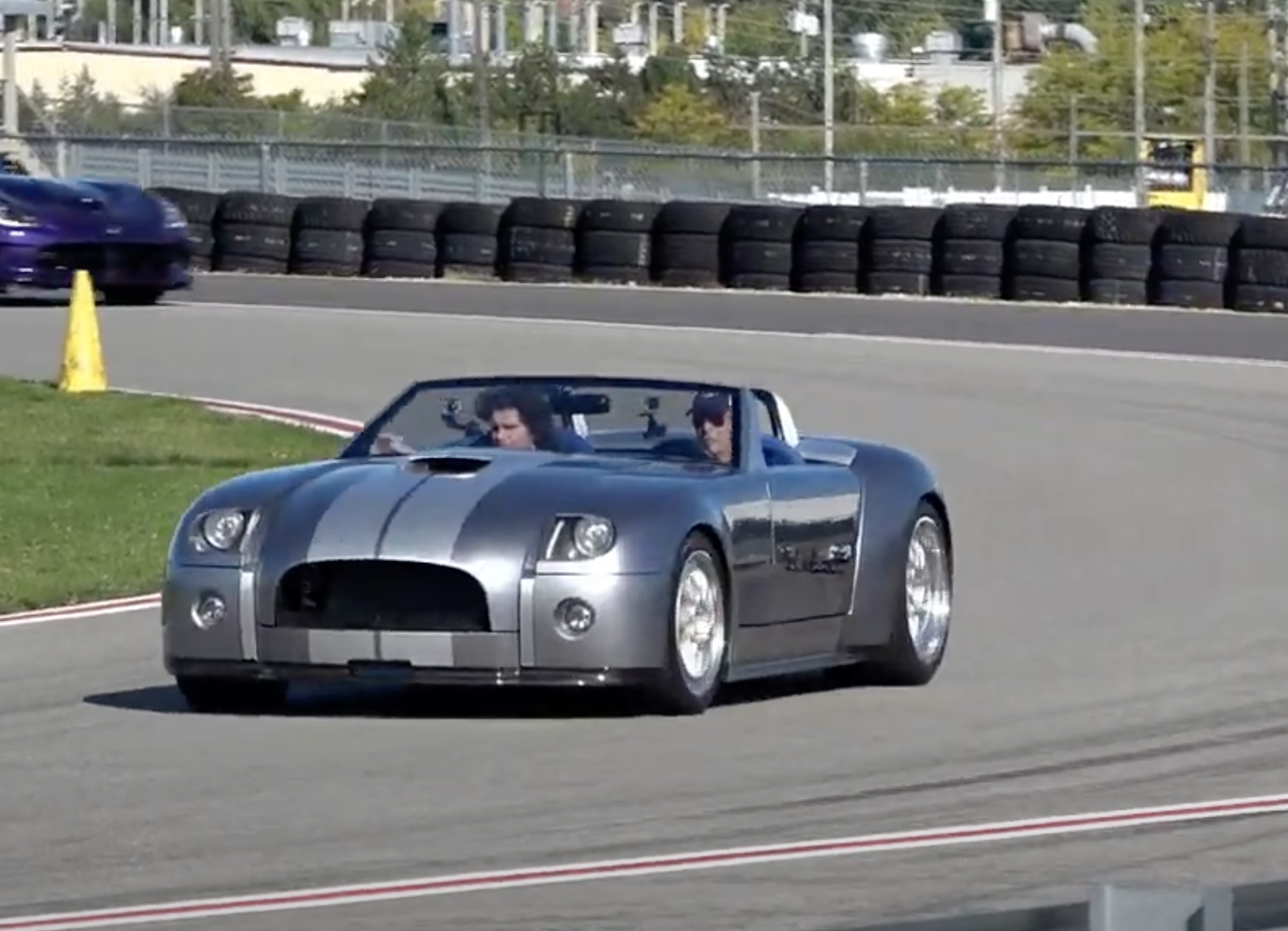 Ford and “retro” were the perfect pairing in the 2000s. The S197 Mustang did a great job of blending classic lines with a fully redesigned pony, the first full-tilt redesign since 1979. Yeah, you read that right…the SN-95 cars were just a warm-over of the Fox platform. Then you had the Ford GT, the company’s gift to itself and to it’s customers to celebrate the century mark. With a shape so sexy that viewing it in public could net the offender some criminal charges for leering and voyeurism in certain states, an engine that knows both calm and fury, and value that has done better than any stock short Microsoft in the last few decades, the GT was a winner through and through. But Ford had been working on one more potential retro throwback, one that didn’t make it past the prototype stage: the Shelby Cobra.

If we have to talk about the inspiration behind the 2004 concept, then welcome…it must be your first day as a gearhead. Take one chicken farmer from Texas who was popping pills for his heart, a British cottage automaker who needed a hit, and a bit of excellent timing and you wound up with the Cobra. One part AC Ace, one part Ford pulse, the Cobra proved to be a track weapon. Small-block or 427 powered, the Cobra was not to be handled lightly. It would easily put Porsches, Corvettes and just about anything else in it’s rearview mirror while playing the song of our people through the sidepipes. So there were plenty of kit car manufacturers cranking out copies…surely, Ford could make a modern interpretation, right?

They did. Shame it didn’t get to production. Powering the Cobra Concept was a 390 cubic inch V-10 cast in aluminum, that thumped out 645 horsepower and 501 ft/lbs of torque. (We are guessing, but cannot prove, that this engine might be related to the “Boss 351” Mustang mule’s V-10 engine.) It was a runner…Carroll Shelby himself was known to have a his hand in the concept in some ways and you can find the footage of him lapping Irwindale Speedway behind the wheel. It’s a great look at what should have been, back when Ford was last at full-tilt unhinged.

Goofy Video: Little Car Makes a Big Mess And Nearly Kills Driver In The Process Video: A Bill Thomas Cheetah Returns From The Grave To Tear Up The Track - Win!