Morning Symphony: The Sounds And Sights Of What “Maximum Attack” Is 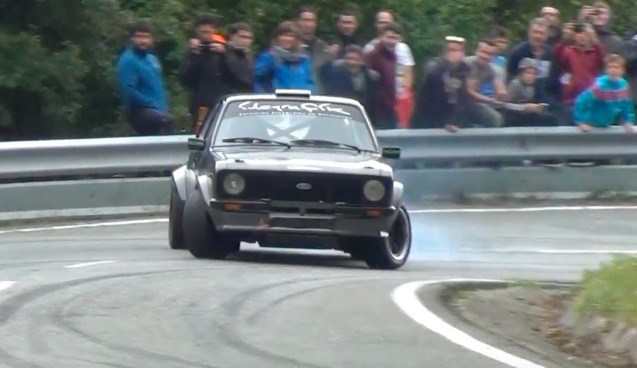 You don’t half-ass racing. You just don’t. The point of competitively driving against other people is to prove, without a shadow of a doubt to anybody watching, that you earned that first place, that podium, that trophy. You don’t get on the podium by being meek, and it doesn’t matter what kind of racing you do. Pick any motorsport: in drag racing, you keep your foot down until you either cross the stripe, blow the engine or see the bright light…and we don’t mean the exploding engine. In touring car racing, that means that if the line between winning and losing is a wrinkled fender and a fist-fight later, so be it. NASCAR’s popularity is due to tempers flaring on and off track, which has resulted in melees and airborne vehicles.

Rally racing is a slightly different animal: you don’t have a competitor right there. Instead, you have the clock, the ultimate opponent, and it’s counting down no matter what you do. The difference between winning and losing is whether or not you have the fortitude to keep your foot buried to the floor. It’s a fine line between hero and “rally crash footage on YouTube” video, but when done right, maximum attack looks and sounds exactly like what you’d hope for.

We’re Cooler Than Ever! Installing a Flex-A-Lite Radiator in a ’64 Chevelle Roadtrippin': Seeing Outside The Obvious...Fire Truck Dreams

2 thoughts on “Morning Symphony: The Sounds And Sights Of What “Maximum Attack” Is”