Nice And Limber: Flexing Out The Suspension On An RTI Ramp 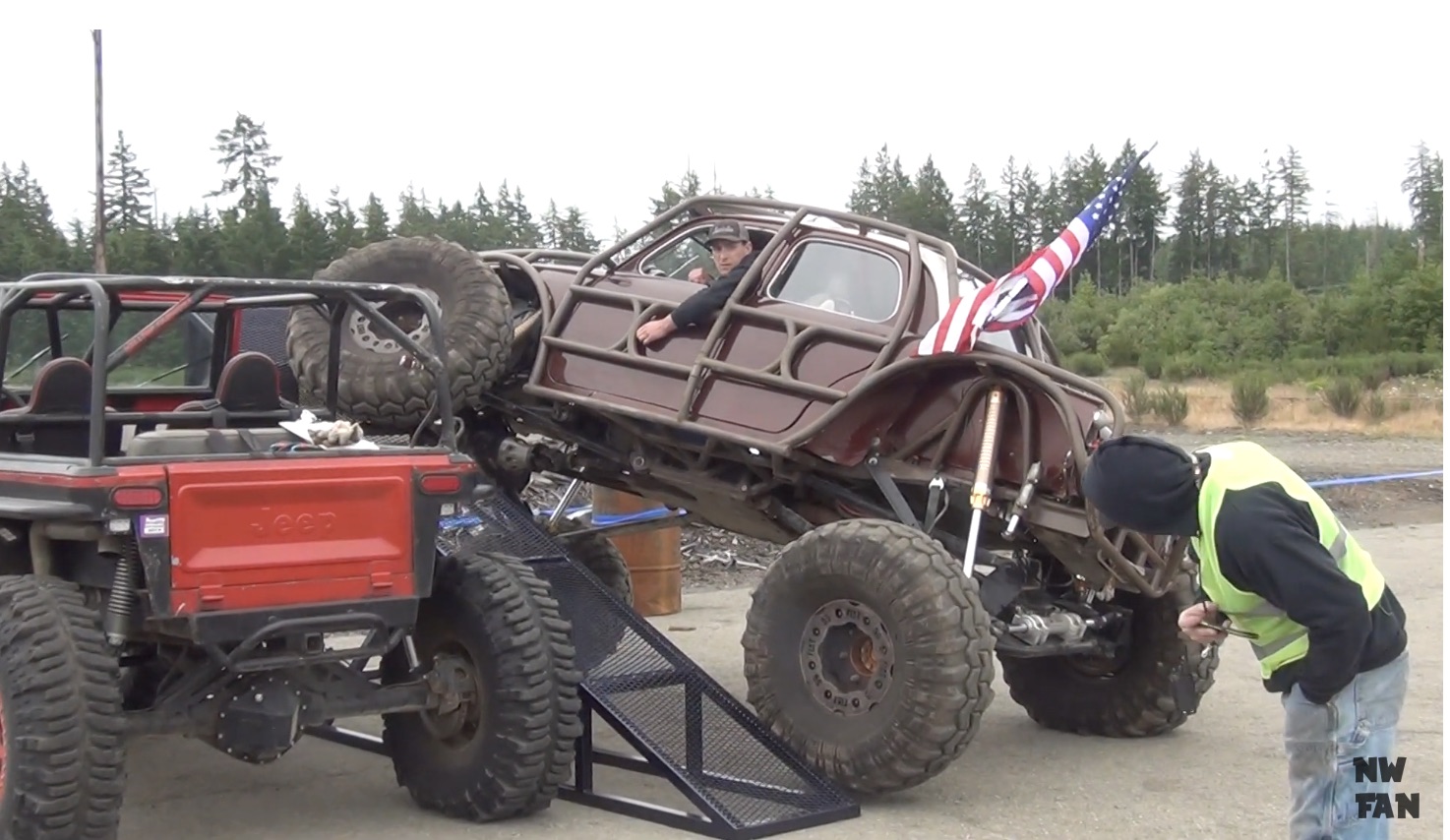 How many of you have tried to test the limits of suspension flex on a truck or SUV? I’ve done the articulation test on just about everything I’ve ever owned that had any semblance of ground clearance, from a beaten Chevy S-10 that was used on a work crew all the way up to the LMTV that I parked with the driver’s front tire sitting up on a rock. Articulation, a synonym for suspension travel in the off-roading world, doesn’t just look badass, but it’s very practical. Unlike on-road machines, having a long-travel suspension with a lot of give and flex is a highly desirable trait, especially in desert racing, rockbouncing and rock crawling situations. One of my favorite tech parts of off-roading is measuring articulation via the Ramp Travel Index (RTI) system. Growing up reading off-roading magazines, the RTI index was the first thing I paid attention to…if your rig flexed, it was awesome. The bigger the number, the better the look, and chances were good that it’d be a boss on the trail.

So, what is the RTI system and how do you come up with a number? The formula is r = d/b x 1000 – “d” being the distance traveled along a 20-degree ramp, “b” being the wheelbase of the vehicle being tested, and “r” being the resulting RTI score. The distance measurement is taken at the furthest point one tire can make up the ramp before any of the other three tires lift off of the ground. For an example, a 2019 Ram Rebel Quad Cab, when tested by The Fast Lane Truck, drove 58.75 inches up a ramp. The Rebel tested has a wheelbase of 140.5 inches, therefore has an RTI score of 418.1. That being said, we’d love to hear the RTI number for…wait…what is this thing, anyways?

Counterattack: Chad Liked That Slammed Yukon, But This Pro Street Stepside Is More His Jam! Risky Investment: Would You Restore This Ratty 1970 Plymouth Superbird Or Would You Start Building It Up?

2 thoughts on “Nice And Limber: Flexing Out The Suspension On An RTI Ramp”