Nine Years And Counting: The Mud Pit In Moses Lake That Won’t Be Defeated 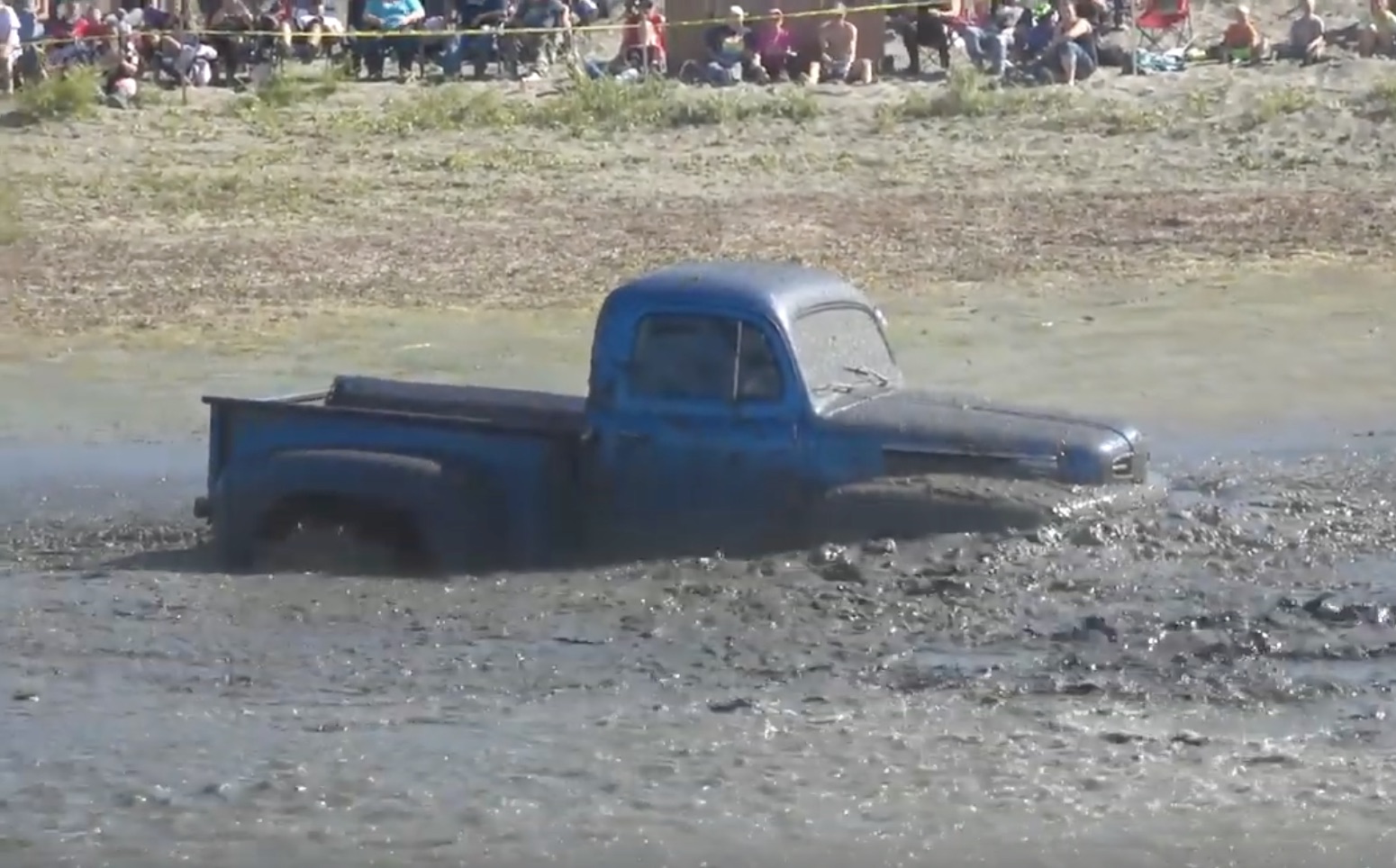 Let’s say, just for a moment, that you were in charge of a bounty hole mud pit that, if successfully navigated, would earn the driver coin. Would you put any rules down? Maybe one that says you can’t skim the top of the surface? When researching this video, that argument kept cropping up. Some feel that a mud bog needs to be plowed through like some super-thick snowdrift to qualify, while people on the other side of the argument are fine with allowing someone who has taken a page from Formula Offroad to turn their rig into the world’s loudest skipped rock.

Whatever side of the coin you are on, you have to admit that the Experience Powersports bounty hole is one serious unit. Watch every truck that digs in just a little…at the first sign of slowdown the whole truck just sinks into mire that looks to have the consistency of watery oatmeal. After watching every last pass, I’m convinced that skimming the surface is the only way a truck will go from one end of the pit to the other without calling in the rewind cable. Hit play below and see what I mean:

1900 Sheets Of Paper And 100 Tons Of Pressure Deliver More Entertainment Than We Expected! This Three Wide Locomotive Drag Race From Finland Is Way Cooler Than You Are Expecting

4 thoughts on “Nine Years And Counting: The Mud Pit In Moses Lake That Won’t Be Defeated”