She’s A Little Runaway: Watch This Old Ford IDI Diesel Run Away While Hooked To A Sled And Pull Like A Boss!

Apr 23, 2021Brian LohnesBangShift XL, FUNNY STUFF, RACING & ACTION, Videos, XL VideosComments Off on She’s A Little Runaway: Watch This Old Ford IDI Diesel Run Away While Hooked To A Sled And Pull Like A Boss! 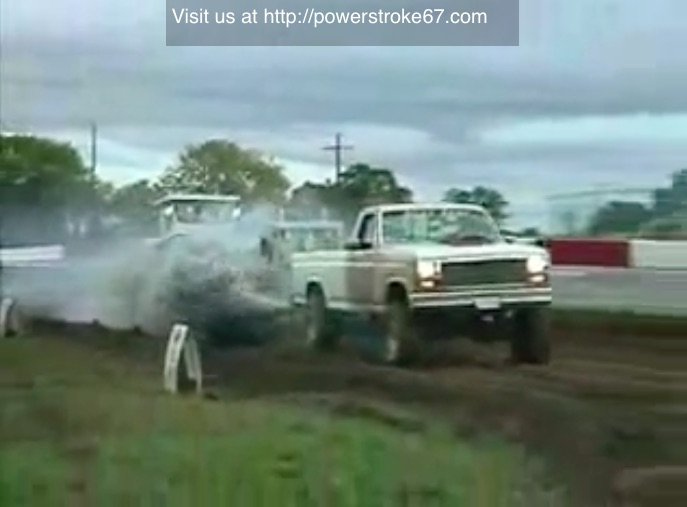 So it turns out that there is an ideal situation to have your diesel engine runaway and consume its own oil at full bore. That circumstance happens to be when your truck is hooked to a pulling sled and competing against far newer and more powerful rigs. This is a nutty video and the fact that the guy (or someone who ran over the truck) had the presence of mind to get the thing shut down makes it even better.

You’ll see the Ford which dates to the front half of the 1980s show up second in this video. There’s a Duramax powered truck that goes first and makes a pretty decent pull. The Ford has an auspicious start, struggling multiple times to just get the load moving. Then it happens. The truck starts to move the sled forward, build a little momentum, and while not looking impressive, it is at least respectable. All of a sudden, the tone of the engine changes, the thing starts to RPM like a mother, and massive amounts of smoke billows out of the exhaust. The truck roars ahead with the sled and blows right past where that Duramax truck was! The thing transformed into the incredible hulk while running on whatever it was sucking into the intake tract.

As the truck grinds to a halt, the engine is still going full bore and the driver shoves the clutch in. Either he figures it out or someone tells him to but the guy jams the truck into high gear, dumps the clutch and the motor is instantly dragged into a stall.

It was that IDI diesel’s crowning moment and something we are sure the owner bragged over for a long time to his buddies with newer Duramax powered rigs.

Watch this funny video of an old Ford running away with a sled!

The Bodybuilders: This Early 1970s Film About Fisher Body And Their Plants Is Amazing Awesome In-Car Footage Of A Blown Hot Rod Taking On A '55 Chevy At The Nostalgia Drags