On This Day: The Focke-Wulf Fw 61 Twin-Rotor Helicopter Is First Flown 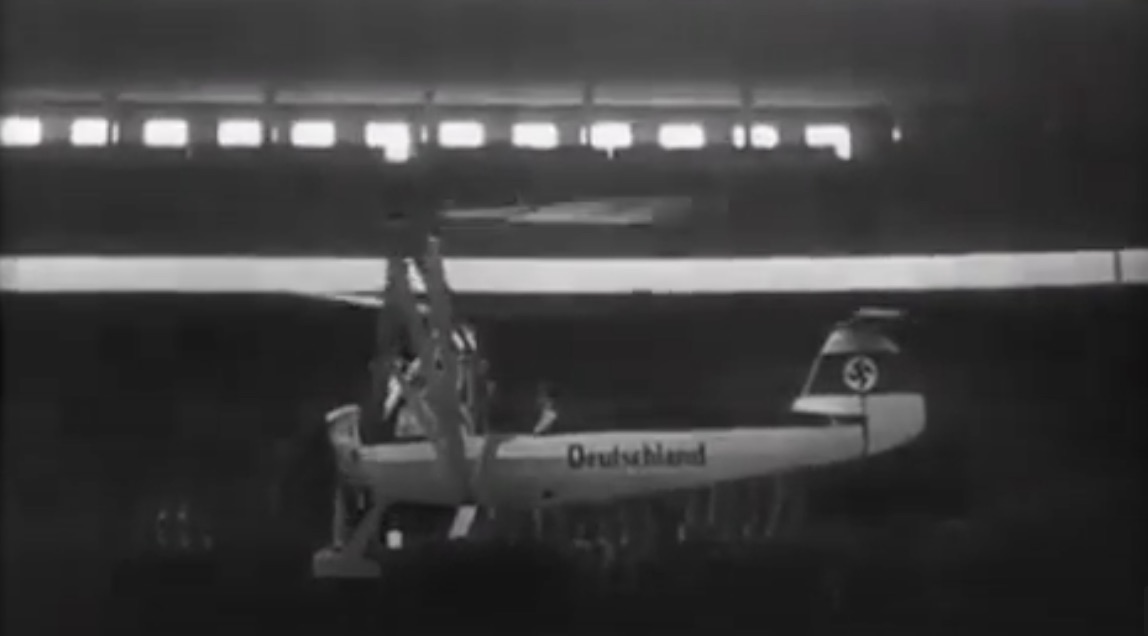 Ah, helicopters…one million parts rapidly rotating around a major oil leak, waiting for metal fatigue to set in. Instead of floating on the wind, riding along like a fixed-wing aircraft does, the helicopter flies by beating the holy hell out of the air, forcing it to submit to the will of the aircraft. That’s why the UH-1 Iroquois “Huey” made that familiar “wop wop wop” blade noise…it was smacking the air everywhere it went! Helicopters have proven to be an invaluable tool over the years, performing tasks from simple passenger moving operations to hellish search-and-rescue operations to heavy cargo lifting operations, and they’ve done well. From the flying battle tank that is the AH-64 Apache to the ultra-luxurious Sikorsky S-76C, from the SkyCrane to the legions of Bell JetRangers that put in work every day, it’s due to the basic design of the helicopter that makes it invaluable: it can hover, it can loiter, and it can lift.

Between the 1880s and the 1930s, developmental work on helicopter flight theories created early forms of the gyrocopter, the quadcopter, and the autogyro. and by the 1940s, early helicopters like the Sikorsky R-4 and the Bell 47 were beginning to appear on the market. Now, those are what’s known as a single-rotor system, much like the Huey, the JetRanger or most other helicopters: one main disk on top and usually a tailrotor on the back that is used to counteract the torque. Multiple rotor discs means greater lift without having to go to a massive rotor disc like the SkyCrane uses…that’s why the Army’s workhorse, the CH-47 Chinook, uses two rotors in tandem. But the rotors can also be ran in a transverse setup, where the discs are far apart from each other on the sides of the airframe. The V-22 Osprey tiltrotor is one such configuration. The monster Mil V-12 “Homer”, the largest helicopter ever built, also runs a tandem rotor setup.

Meet the Genesis point for the layout. This is the Focke-Wulf Fw 61. First flown in 1936, the Fw 61 was powered by a Bramo 7-cylinder radial good for 160 horsepower and drove two 23-foot rotors that were capable of moving the airframe along at 70 MPH at sea leavel, though 56 MPH was more like it. It had a range of 140 miles and a ceiling of 11,243 feet. The small propellor at the front of the engine was only used as an cooling measure, drawing airflow through the engine. This is the 1938 indoor demonstration flight with Hanna Reitsch indoors at the Deutschlandhale stadium in Berlin. A replica is on display in a German museum, but out of the two Fw 61s built, none survived World War II.

Did You Know? All Trick Flow GenX LS Cylinders Are 50-State Emissions Legal! This 1991 Dick Gulstrand GS80 Corvette Is The Last One Made, Has TRACO Power, and Big Meats On The Corners