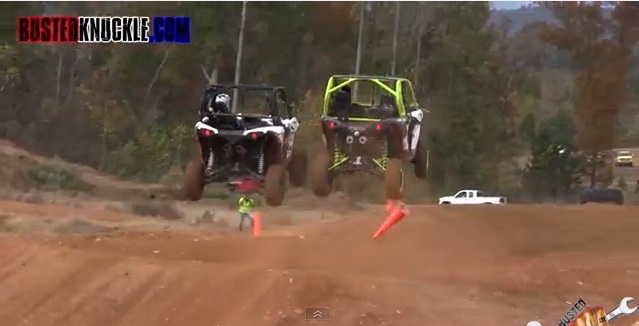 The first UTV I ever operated was a Polaris Ranger 6×6 in Iraq. It had been brought over by a unit and when they redeployed home, they decided to leave it behind, so we scooped it up and used it as a work vehicle. Well, that was the intended purpose…there were numerous incidents that involved that Polaris and some “unprofessional driving” by yours truly. But compared to the current crop of UTV’s, that Ranger, as good as it was, would look absolutely pathetic in comparison. A lot of these upper-end UTVs like the Polaris RZR are now mini-Trophy Trucks! Think about it: you get suspension travel, a torquey engine…in the Yamaha YXZ1000R, you even get a sequential five-speed manual transmission…so why is it that we are just now starting to see competitive track racing involving UTVs? This clip from BustedKnuckle.com captures everything we wanted to see: fast laps, flying dirt, air time and competitive, close racing.

One thought on “Pro UTV Racing? Hell Yes! Take A Look At The Action From The West Georgia Mud Park!”