Raise The Roof: The Bus-Turned-Car-Hauler Program Continues On! 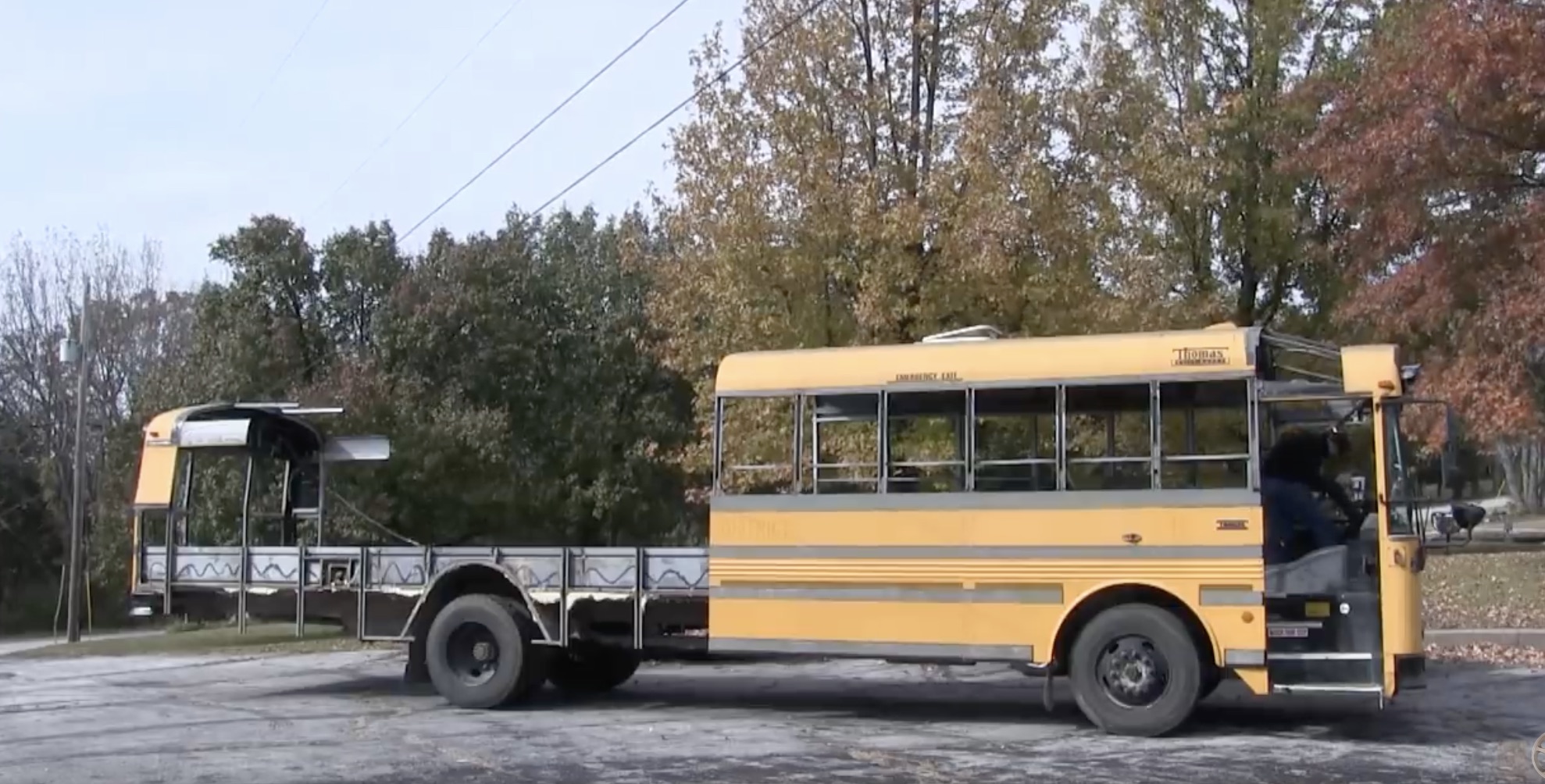 Earlier this year, we learned about one of the more ambitious projects we’ve taken notice to: the conversion of a 2005 Thomas bus into a half recreational vehicle/half car hauler setup. Using a recently decommissioned school bus for a project like this is ideal because you can usually score one for a very attractive entry fee and honestly, it’s not a bad platform. A lot of buses are on some sort of medium or heavy duty frame and can support the kind of weight involved in this particular setup, but a lot of work is needed for converting a rolling noise factory filled with 300 different strains of the common cold every day into the equivalent of a rolling studio apartment with a rampback.

So far, the majority of work on this Thomas Saf-T-Liner MVP has been destructive: the removal of the windows, the doors, the body panels, enough screws to fasten Boston back together twice over. And there’s going to be more destruction, but there’s also going to be some modifications, because part of the build program includes lifting the roof up a total of ten inches for headroom and to compensate for the RV upfitting changes. The grinder wheel is going to get one hell of a workout and we’re still amazed that the cordless that he’s using to remove the two million screws that held this thing together isn’t a melted plastic puddle of it’s former self. We’d wondered if he had a “come to Jesus” moment and had backed off of the project, but part two shows that insanity knows no bounds!

Ice Cream Cruise 2019 Coverage: Showing and Drag Racing For A Great Cause In The Heartland SEMA 2019: Hoonigan's Take On Las Vegas, From Their Burn Pit To The Show Floor!

3 thoughts on “Raise The Roof: The Bus-Turned-Car-Hauler Program Continues On!”