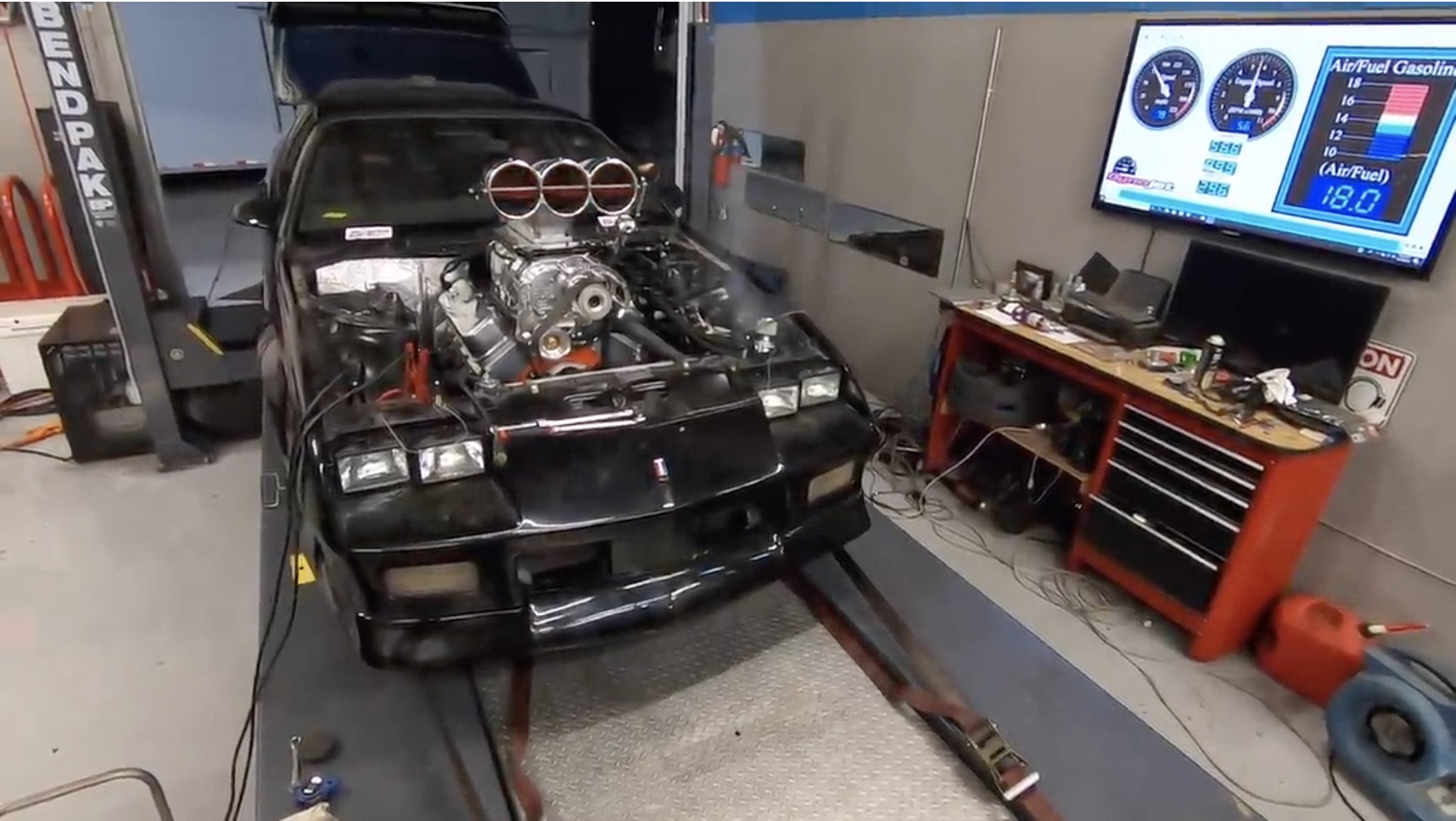 While chatting with the dude at Holley’s Intergalactic Ford Fest, you could tell that Cleetus McFarland’s head was elsewhere quite often. Mainly, it was rooted directly to a black Chevy Camaro that was sitting in his shop. After bending some valves in “Toast”, the beastly big-block third-gen Camaro, he found himself with a timetable that wasn’t quite what he wanted. The car’s only mission in life right now is to make it to Australia and to Summernats, where Cleetus is going to attempt to do a full-blown Australian burnout in front of a full-octane Australian crowd. That’s not a tasking to take lightly. Australians take pride in their motorsports and burnouts are their thing. Just getting out onto the pad and throwing some smoke isn’t enough…it’s not even a fair start. You need F-YOU power levels, a driver who won’t quit even when the car is literally going up in flames, and zero mechanical empathy. Most important, though, is the power.

The F-body has big cubes, all right. And it’s got a big, bitchin’ blower that will be sticking out of the hood once they finish cutting the hole out. But they still need to dial the engine in to make sure that it’s ready for Australia now, because as you’re reading this, it’s probably getting crammed into a shipping container in a Florida port for the long trip around the world. So…for once and for all…does he make 1,000 horsepower at the wheels? And what will the Camaro do when it gets fed methanol?

Rough Start: 1994 Ford Mustang - Just Slip-Sliding Away! Unhinged: More Mopar Musings And A Monaco With A Three On The Tree