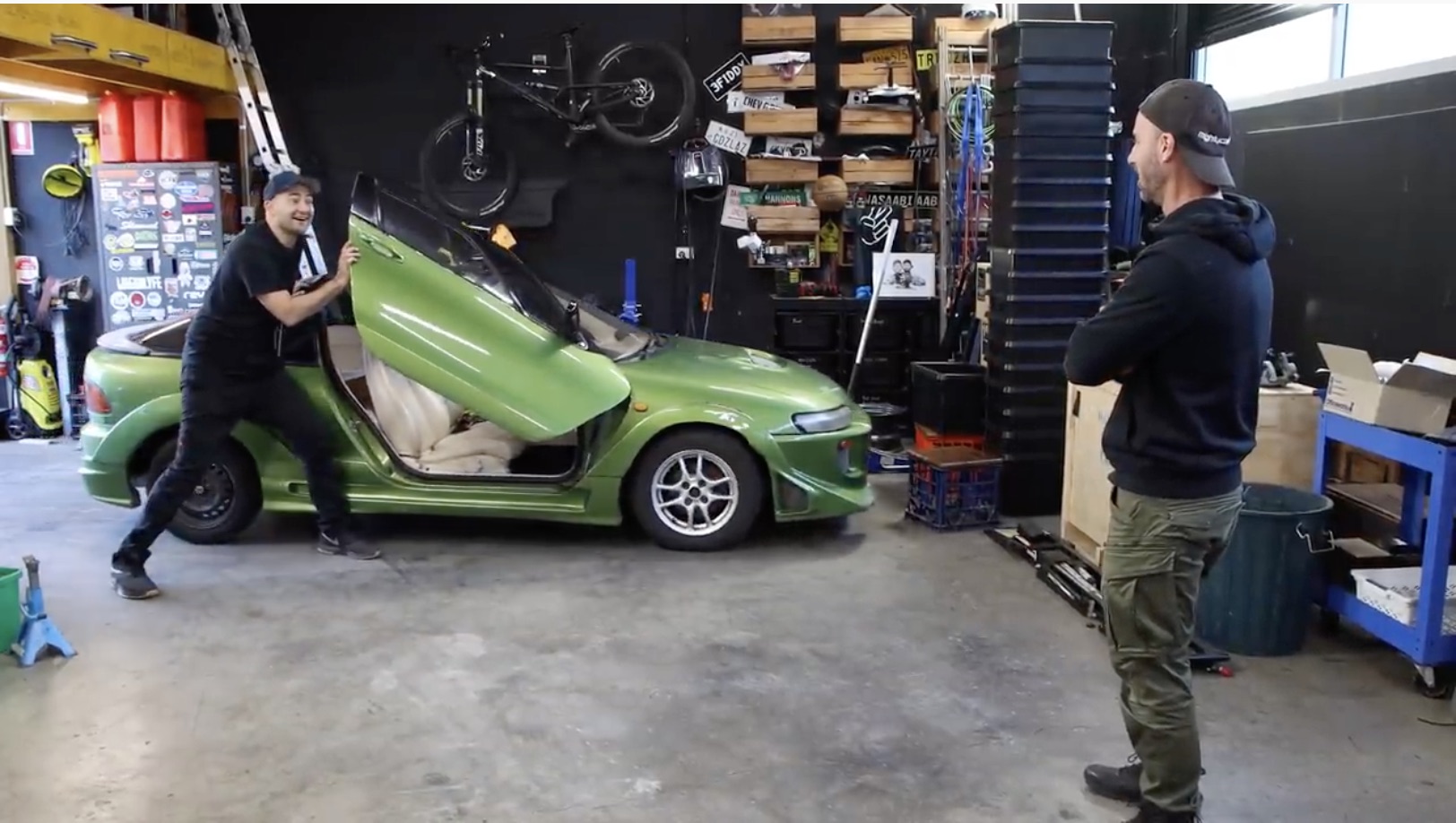 There aren’t many JDM-only cars that I’ve seen in the flesh. There were the few cars from the Roadtrip Motorcars visit a few years back that varied between the weird and the very, very tempting, but outside of that seeing one is a hit-and-miss kind of affair. But I’ve seen a Toyota Sera in the flesh before, driving down Interstate 5 near the Tacoma Mall. What a weird, little alien thing it was…Take a Toyota Paseo and all of it’s running gear, build a spaceship body with butterfly doors that opened forwards and upwards like a car that cost a whole house more, and sell it. It was the 1990s…Chrysler was doing that all the time by this point, why not Toyota? Wild body, proven powertrain, to make a yawn-worthy car something kind of impressive.

Now…how impressive is a car when it is purchased for a few hundred bucks and comes with a five gallon container of “nuts and shit” in the space where the backseat once sat? Usually, that’s the moment you turn and you run as fast as your legs will allow you to run. Don’t look back, just keep running. Well, the toilets run backwards down under, and so does the logic, because the guys at Mighty Car Mods did precisely that. The Sera they scored at least runs…kind of. It rolls…when pushed. And it looks like a Fast and Furious rejected background car applicant. But it runs, and that counts for something…right?