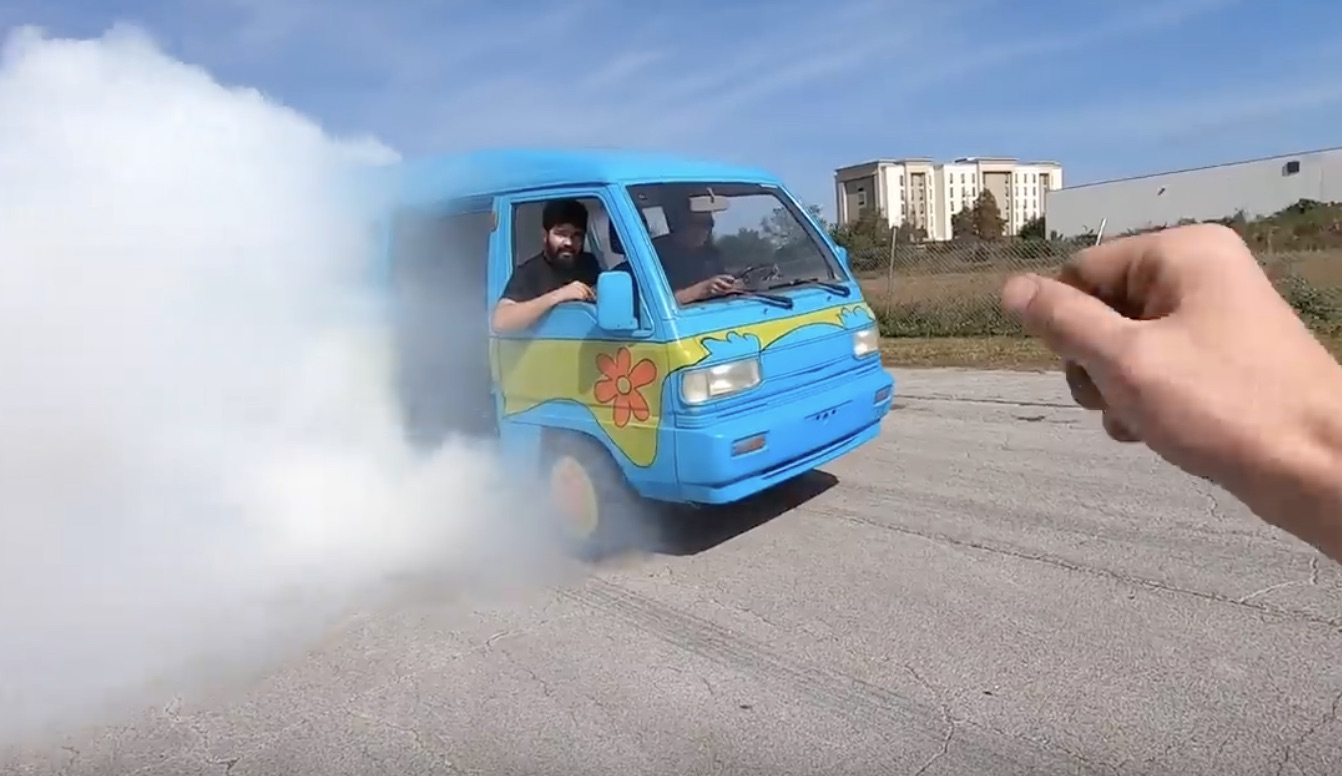 In the grand scheme of things, this might be one of the most unsafe things that Cleetus and his friends have ever done. Keep in mind that we are talking about the guy who’s claim to fame involves the skeleton of a Corvette, an auction-sourced Corvette that had seen some stuff, the sketchiest Ford Crown Vic to ever see a burnout pad, and a third-gen Camaro that is so properly mental that even the Aussies couldn’t help but love it when they got a taste of it at Summernats. Hell, just counting how many times the Crown Victoria has caught fire over the last couple of years, you might think that would be the most unsafe, right? Well…that was before they built this thing.

What the hell is it? It’s a Suzuki Every…we think…which would make it a microbus in the same vein as the Volkswagen bus. Somewhere along the way, probably while they were still coming down from an adrenaline high and Australian goodwill, they decided to get ahold of the Vargas brothers, masters of making rotary mills scream like nobody’s business, and convince them that swapping this little innocent nod to children’s cartoons was a good idea.

You hit play, you watch, you be the judge. Just make sure you have the volume adjusted accordingly.

Watching Old Engines Being Brought Back To Life Is Awesome Livin' The Dream: 1972 Ford LTD - Big, Brash And Beautiful