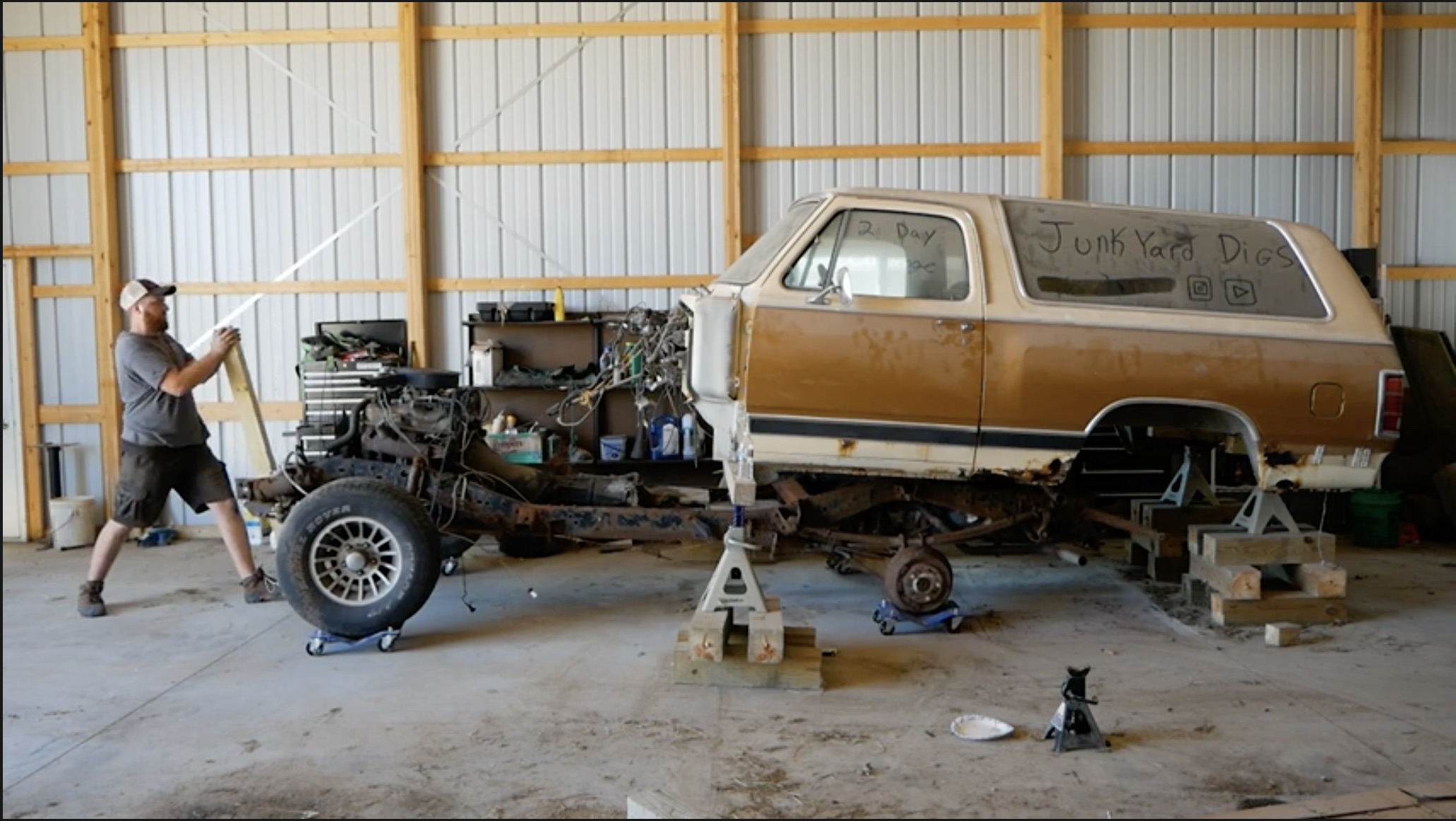 While Hot Wheels gets the credit for introducing many a budding gearhead to the world of cars, some credit must be shared with the plastic model kit. While not nearly as prevalent today as they used to be (something about kids sniffing glue comes to mind), boxes with names like AMT, Monogram, Lindberg and others provided tons more detail and introduced components into the mix. You didn’t just screw the body to the floorpan and call it good, no…you assembled the interior tub, the engine/transmission package, the suspension, the brightwork, all of it. You painted it yourself, which in hindsight might not have been the best idea either (glue plus fingerprints usually meant a lot of sanding and re-painting) and by the time you were done you either had something to be proud of or a box of parts that would help you make the next attempt better.

A small, plastic model kit is easy enough to handle. The full-size version of that is not for amateur hour. Building a vehicle up from a rolling frame is not as simple as plonking the body on, ramming in the body bolts and going. There are the systems that need to be hooked up, like the steering, the electrical system, the brakes. They all need to be serviced and tested to verify functionality. There are items that should be addressed while there is no body in the way…want to drop in a new sending unit into the fuel tank? Now’s the time! And about the body itself…that is a chore to do even with the right equipment. Ideally, you’d have the body shell on a lift, or at least slung from some heavy equipment that can move it around, not docked on some wood blocks like a ship in drydock.

Kevin might have bitten off more than he can chew on this one. Mainly, because it’s a Mopar product, which gives him PTSD and hives. But when the first item of business is written down as, “Where the hell are the body mounts,” things aren’t starting off on the right foot.

Ray Stits Built Incredible 200MPH Miniature Airplanes In the 1940s and 50s - Amazing Video A Proper Farewell: The 2022 Lamborghini Aventador Ultimae Will Be The Last In An Awesome Line