Snow-Romp: The Power Wheels Camaro Gets Finished Up! 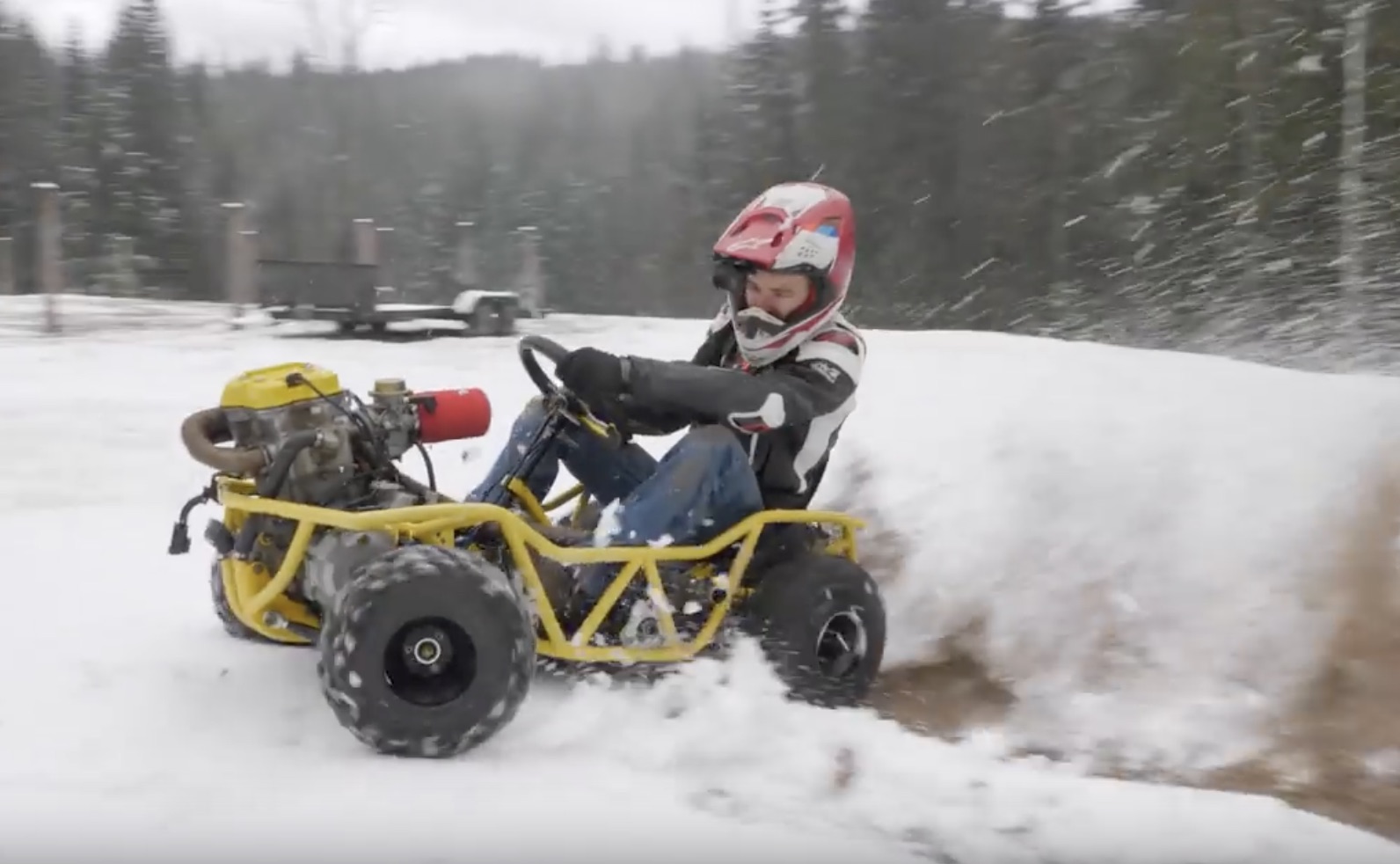 I’ve been personally waiting for this video since SEMA. When I talked with Ethan at the show, he was musing about how he needed to finish up some of the work on the Power Wheels Camaro build that they’ve been working on and once he fired it up and blasted my ankles with the compression from the Polaris-sourced engine, I knew that the project would be the kind of riot I wanted to see. These guys building batshit-mental kids’ toys isn’t anything new, but unlike projects like the Senderella Jeep or the Barbie Mustang, this one is more than just tube-frame butchery to get a Power Wheels machine to move faster than seven miles an hour, it’s a fully designed go-kart underneath that is meant to incorporate everything in a logically laid-out setup instead of just “hack and weld until things fit together”.

The Camaro is officially finished at this point. You’ll see it run without the body, but it’s done. And they’re spooling up for a new build, as well. Winter has hit Idaho and they’re going to be busy!

Don't Think It Would Be Fun To Drive A Pulling Tractor? This Video Will Change Your Mind Leroy Meets The Windtunnel: How Aerodynamic Is Cleetus' Race Car?