Spintires IRL: This Off-Road Mud Race In Estonia Is An Absolute Slogfest! 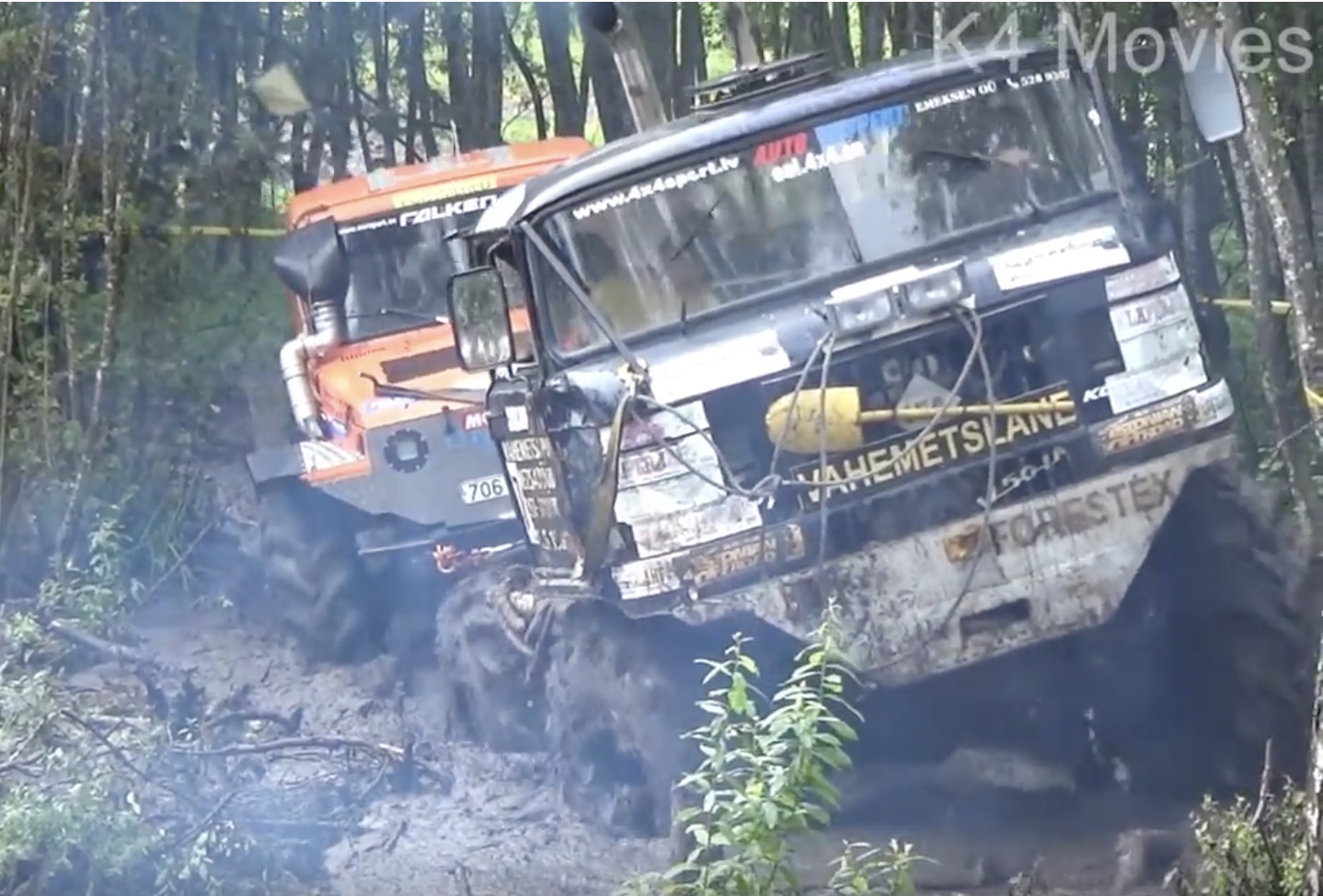 “Spintires” is a video game reference. Put simply, it’s an off-road simulator that encourages you to push through some of the most intense off-road situations you can dream of. It’s not a high-tech game, it’s not even that big of a thrill…you drive through slop in old Soviet trucks (and whatever other vehicles have been modded into the game, like a Dodge Ramcharger) and you hope to high hell that the next puddle up ahead doesn’t put water over your hoodline. It’s the only video game that more-or-less accurately gets true off-road mudding right. And after seeing this footage from a 2016 Estonian off-road romp, I’m pretty sure I’m looking at the real-life form.

In some areas of the United States, splashing around in dirty water is considered mudding. These folk would love to have a word with you over what real mudding is. These are medium and heavy-duty trucks with tractor tires that have some of the most badass winches available…and they are struggling in certain sections. This is the kind of slop normally found after a landslide, churned up to the consistency of thick pudding or Elmer’s glue, and it’s deep. If you send your co-driver off to get the winch set up, you better hope that you don’t have to extract him from the rich soil that he sank up to his armpits in. If there’s water in sight, pray that your truck is tall enough.

There might be a good ol’ boy willing to go charging head-first into this quagmire with his lifted K5 Blazer. But we suspect that he ain’t getting far. Hit play and see what we mean!

It's Just A Little Rusty, It's Still Good: Waking Up An Old Chevy That Hasn't Run Since 1989! From The Bones Up: Watch As Another Psychotic Power Wheels Kart Starts To Take Shape!

One thought on “Spintires IRL: This Off-Road Mud Race In Estonia Is An Absolute Slogfest!”