Steep Descent: Dropping A Cessna Onto A Trampoline…Will It Bounce? 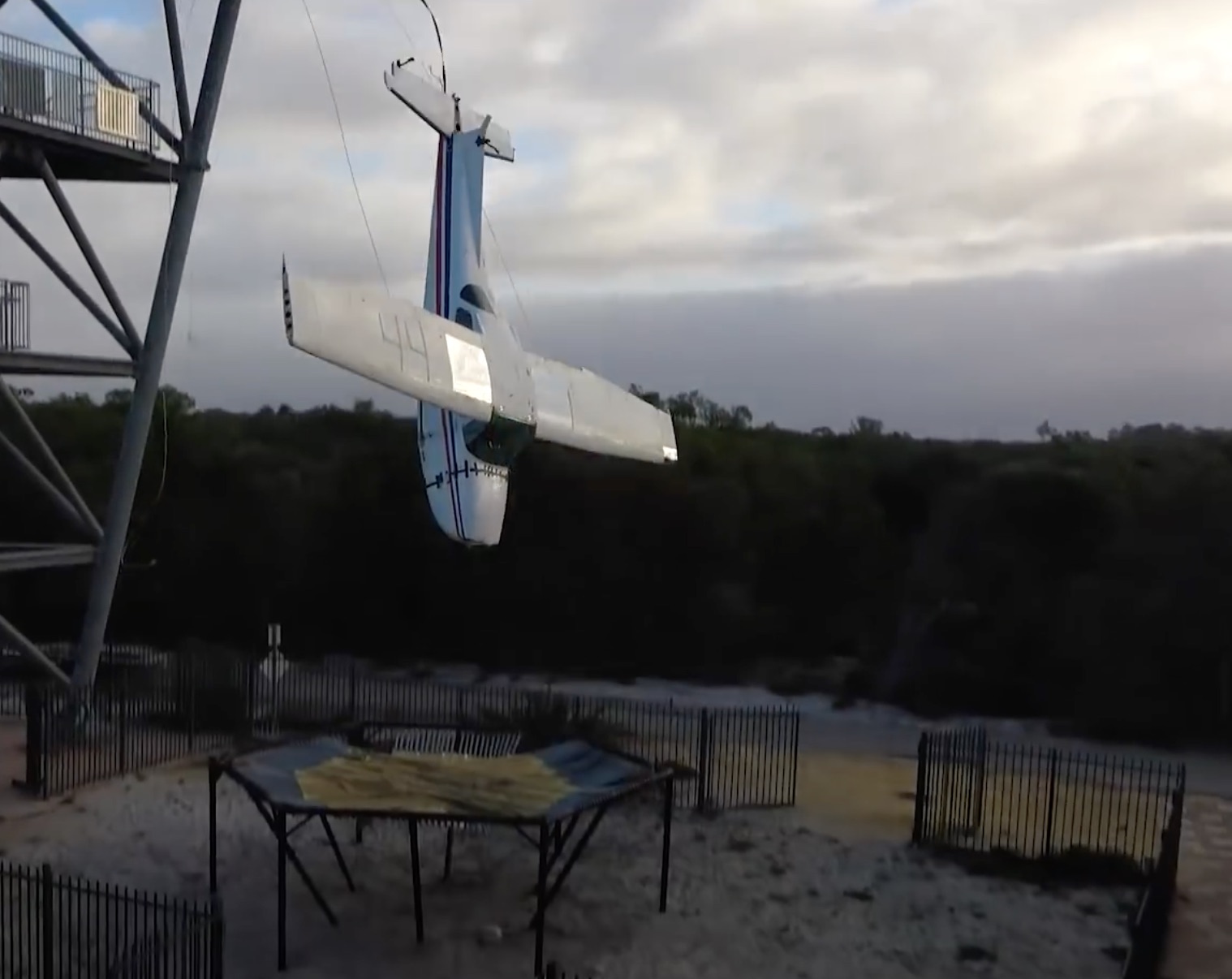 When I was working with helicopters, I was once asked by a friend of a friend something to the effect of, “If there was one thing to share about a ‘copter with somebody that knows nothing about them, what would it be?” Now, full admission, this was at a party where the alcohol flowed like tap water, but no amount of drink was going to blunt the impact of my words when I explained that, if nothing else, that you would never be prepared for just how thin everything really is. It’s the truth…I’m not someone who is scared to fly, but after working in, around, and with aircraft, I have a sincerely healthy respect for what they can do and more importantly, what they can’t do. I’ve seen aircraft post-crash. I can tell you what survives and what doesn’t. But what I can’t do is provide you with proof from my past. There’s a metric ton of bad things that would happen if I somehow managed to have any photographic proof of a crashed airframe.

But here’s a next-best-thing visual. This is a Cessna airframe that has seen it’s fair share of flight and is more than ready for retirement. So, why not rope it in for some Internet views? The How Ridiculous guys have hauled it up their giant platform and have placed the trampoline that was built to bounce a dead car off of within the Cessna’s last flight path. Don’t judge this to be a completely accurate crash test…obviously, the engine, prop, and the fuel on board are missing. Do take note of the passenger compartment and the wing structure post-impact. We do hope that you will fly the friendly skies again soon!

Limited Options: There Are Few Places To Find A V8, Rear-Wheel Drive Sedan These Days - We Check Out Three Options How Do You Pick? 1320Video's Favorite Rides From Powercruise 80

3 thoughts on “Steep Descent: Dropping A Cessna Onto A Trampoline…Will It Bounce?”