Iron Giant Video: The Story Of Massive Presses And How They Have Literally Shaped The World 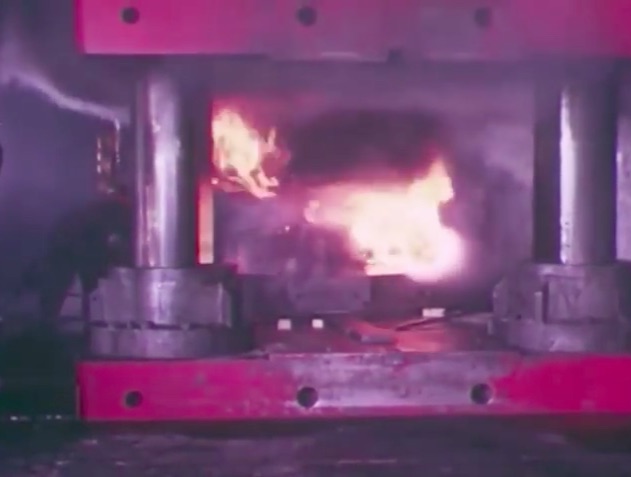 While we like to laugh along with the Hydraulic Press Channel, there’s a far more serious side to the real of the hydraulic press. We found an intensely interesting video that tells the story of the massive presses in America as well as others around the world and their role in literally shaping the days of our lives. As with so many mechanical things, it started after WWII. The Allies knew that during the war the Germans had advanced manufacturing that we simply did not have. Many of their planes used large forged parts, far beyond the capability our country had at the time. Hell, far beyond any other country at the time.

After the war, the allies took what they could of German brain power, engineering prowess, and even mechanical technology. Yes, the presses were a big industrial coup for Russia after WWII because they got ’em and used the machines to grab a lead in the space race.

All was certainly not lost and whatever the allies did gain, they put to work. About a dozen super giant presses were built around the country with the most monstrous being 50,000 tons. Yes, that is a press with 100,000,000lbs of pressure. Used in the forming of parts for rockets, missiles, tanks, airplanes, and whatever else you can think of, the machine worked every day for 60 years before needed to be spruced up.

Not bad for a massive creation made before calculators and by engineers that were taking theoretical guesses about forced no one had ever seen before. Those machines seem so innocuous but they are vital to technological development and national defense. Watch!

Making Patch Panels For A 1965 Ford E100 Van Pickup From Scratch SHO Me Something Good: This 1989 Review Of The Then New Taurus SHO Is Fun