Swim For It: How Wrong Can Driving A Geo Tracker Underwater Go? 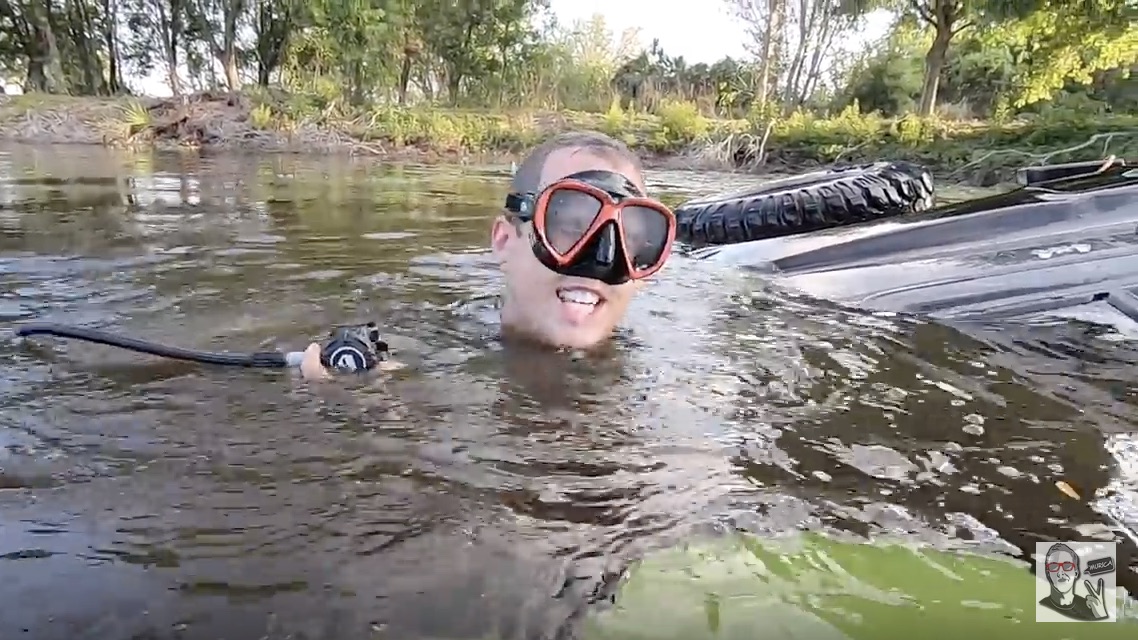 Ah, the Tracker. Sold as both the Chevrolet and the Geo Tracker, the Suzuki-built mini-SUV might have suffered an identity crisis when they were new…and most of them were that one color of teal that sums up the early 1990s in perfect tones…but in reality these little four-by-fours are actually pretty impressive little rigs, capable of far more than most people ever gave them credit for. Sure, they were underpowered and yes, they are tiny, feeling more like a well-optioned side-by-side utility than a road-legal vehicle. But lightness, a truck-like chassis, and low range means that the Tracker can be wheeled with ease.

But what about underwater? Being fair about it, without substantial preparation, no internal combustion engine is going to hold up to a swimming trip. But with the right amount of prep, could a Geo Tracker cross a small backyard pond? That’s what Cleetus and his friends are attempting with this well-used example. You are actually watching the second attempt at the pond…the first time, the Tracker died the second the distributor went under. After being pulled out, drained out and treated to some more modifications, it’s time to bring the little off-roader back to the pond and see if the rig can do more than collect lily pads.

You might write off something like this as childish and whatnot, but I’ll be honest…this looks like an afternoon of laughter if I’ve ever seen one!

5 thoughts on “Swim For It: How Wrong Can Driving A Geo Tracker Underwater Go?”