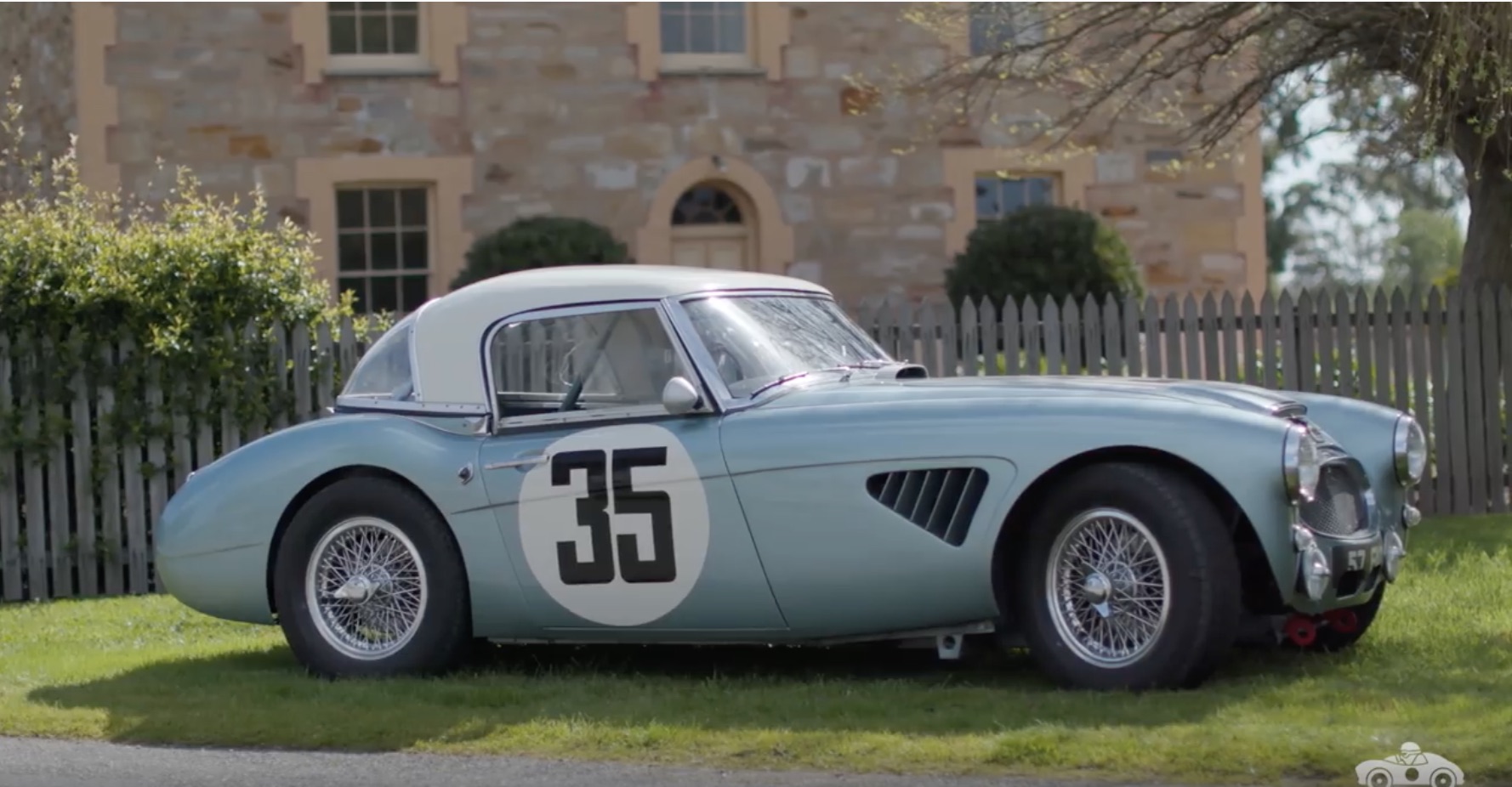 Prior to the early 1950s, you didn’t see many cars like this 1963 Austin-Healey 3000 manufactured in the States. The major players were catching up on designs that had been shelved when auto manufacturing had been shelved in favor of the war effort. But GIs who had been overseas in Europe had discovered the joys of the sports car and were falling for them, head over heels. Jags, MGs and others were quickly becoming popular and you see the catch-up moves in the form of the Ford Thunderbird, Chevrolet Corvette and even the Kaiser-Darrin. British-sourced roadsters and sports cars were the hot thing going and machines like the Healey were the way to go.

The car you see here isn’t your typical production line piece. Rather, it’s one of seven cars yanked from the assembly line and built up to race in the Prototype class at the 12 Hours of Sebring in 1963. The fact that it exists at all is a miracle unto itself, as race cars were usually beaten to within an inch of their lives and then patched up before the next race. The big six has a menace at idle and sounds sweet on the pull; no wonder why over ninety percent of Austin-Healeys were exported.

One thought on “The British Beast: 1963 Austin-Healey 3000 Sebring – Sports Car Sure Shot”