The Full Revival: What It Takes To Put This 1965 Ford Back On The Road For Daily Service

Mar 07, 2021Bryan McTaggartTECH, VideosComments Off on The Full Revival: What It Takes To Put This 1965 Ford Back On The Road For Daily Service 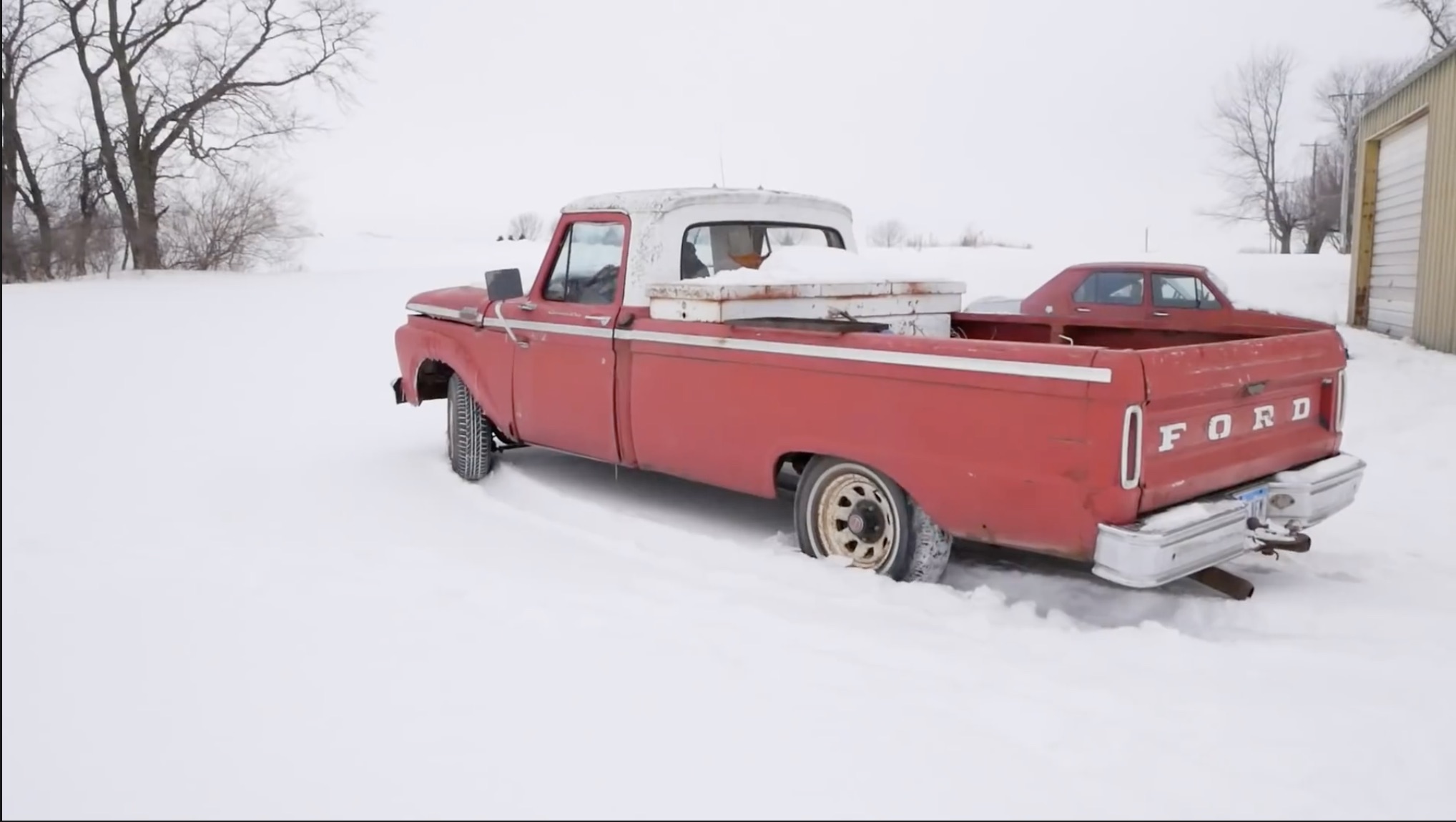 For the last few years, I’ve enjoyed a wide array of revival videos. It warms my heart to see the excitement and motivation that has struck many into digging some old vehicle out of the backyard or back-forty with the intent of bringing it back to life…even if most of what I’ve seen tends to be more about the clicks and less about the love of the vehicle. In Kevin’s case, he’s honest enough about both, but he’s always down to chat about cars, so long as I don’t use the two words he dreads in the context of the conversation. (psst…hey, buddy: “Chrysler. Starters.”) If there is someone who is battling for the crown of the king of the beaters with me, he’s it. I might pick demon-infused Chryslers nobody loves and Fox bodies with mange, but he has a kink for Ford trucks that are more damaged than your typical mid-30s club-goer. Bed sides flapping from rust? No floors whatsoever? Engine fire? Ah, the hell with it. Get the starter fluid and a hammer, he’ll give it a shot. And most of the time, he’ll get it running too.

But a question I’ve wondered, and some of you have asked about: what happens once they make noise? Is that it? Well, let’s address this with the latest save: a 1965 Ford half-ton that was sitting for just about a decade, found in the snow at the height of the 2021 polar season that saw snow covering nearly 2/3rds of the entire lower 48 states. Ten years sitting after fairly regular use is almost a cakewalk of a job compared to what Kevin normally works on, but this isn’t his truck…instead, his buddy Angus is going to be pulling lead on getting this rig back on the road. So, from extraction in temperatures only a polar bear could love to a cruise down the road to a barbecue joint that doesn’t involve a roadside repair or a tow truck, here’s what it took to get this beauty of a rig back on the street.