The Ironing Board: What Happens When 1.5 Tons Of Concrete Land On An E30 BMW? 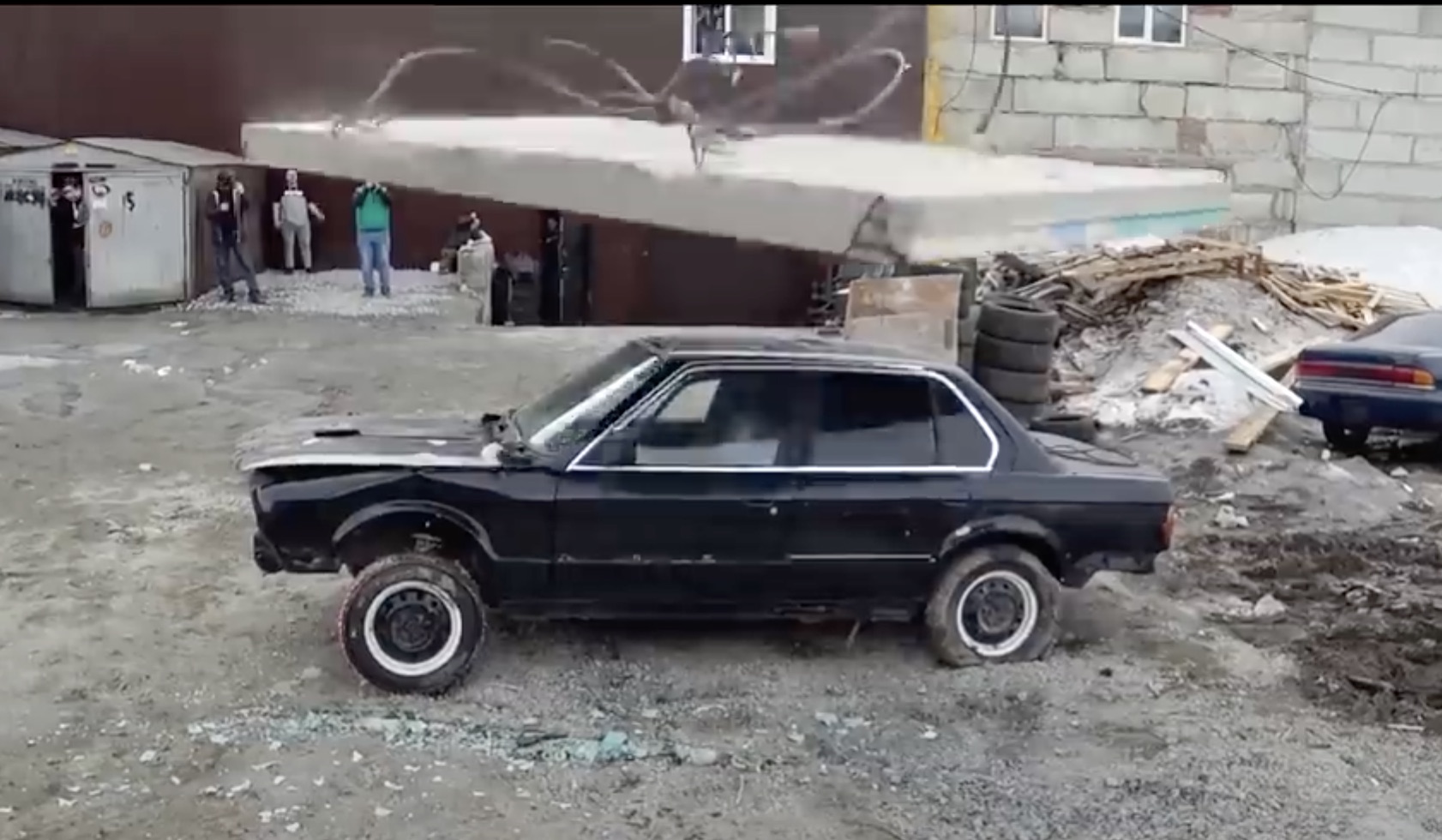 For years, scientists predicted that the Puget Sound region of Washington was due for a quake, and on February 28, 2001, they got it. The Nisqually earthquake measured out as a 6.8 on the Richter scale and was rated Severe on the Mercalli intensity scale. It shook the tower at SeaTac so badly it had to be replaced, Fort Lewis and McChord Air Force Base were damaged, the Alaskan Way Viaduct in Seattle was closed for emergency repairs and one individual had a heart attack and died during the chaos. I was no longer living in the state when the earthquake hit, but one picture stuck with me: a late 1990s Dodge Ram Van 3500 that had been flattened into a pancake after a brick building failed and a literal ton of bricks came raining down upon it. The name badge on the door might have been the only useful part left on the big B-van.

So don’t view this video as a gonzo smash-it-up kind of thing. Think of it as an experiment. What would happen if you dropped a 1.5-ton slab of concrete onto a car? How would it deform? What would survive, and would anybody in the car still be around to tell the tale or would they be reduced to the consistency of strawberry preserves?

One thought on “The Ironing Board: What Happens When 1.5 Tons Of Concrete Land On An E30 BMW?”