The Rodentia Hotel: Saving A 1971 Oldsmobile Cutlass, But At What Cost? 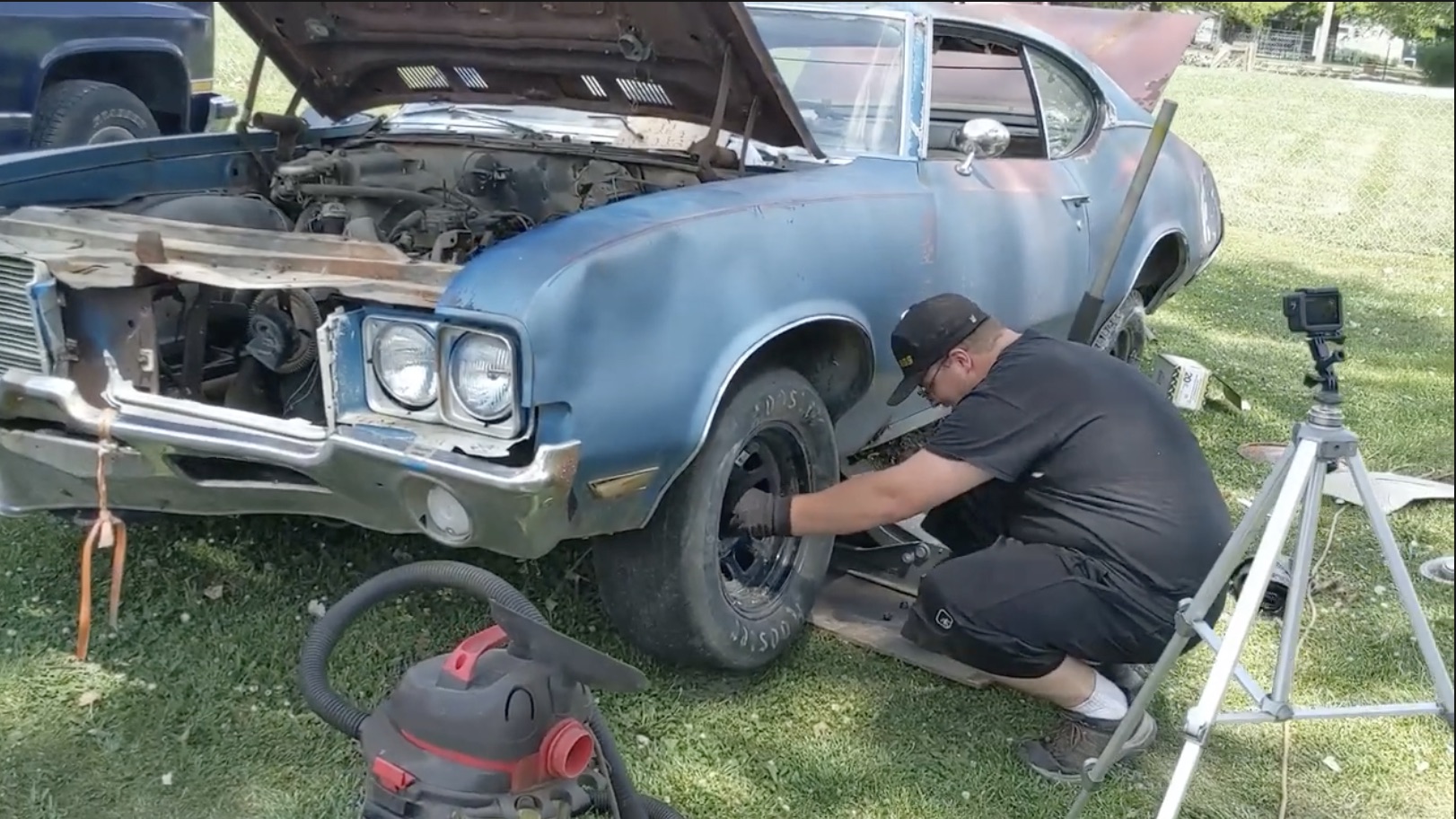 (Words: Jon Bunger) If you’re going to revive a ‘71 Cutlass with an inch of mouse turds and hantavirus in it, it’s definitely not recommended to start in Kansas in the middle of June. The minds behind the youtube channels Scott’s Speed Shop and Mad Scientist Garage ignored that advice and decided to revive a car that served as a rat motel to the nearest field since the Reagan administration. The resulting video did not disappoint.

Feast your eyes on the world’s first Turdsmobile. The engine is bad, the interior is even worse, and the transmission is missing altogether. Near as we can tell, the entire collaboration is the result of heavy drinking or a minor concussion on the buyer’s end, but it’s entertaining all the same. For the cheapest hardtop A body in the country, what more can you really expect? Although not a 442 or a complete car, this ‘71 Cutlass revival is still a good watch and a good example of what a couple buddies, or in this case strangers, can accomplish on a serious budget to keep the muscle car dream alive. Whether it sees the streets again or poisons the new owner with decades of rat feces is yet to be determined, but you can bet we’re itching to find out.

(After seeing the interior, something tells us he’s still itching. You know you’re starting out with a gem when you have to kick the shit out of the door just to open it. And I’m pretty sure you both owe that ShopVac a sincere apology. -Ed.)

This 1985 AMC Eagle Might Be The Nicest One In The Country...And It's Loaded, Too! More Monster 'Dozer Action - Check Out This 1950s Siamese Twin D8 Caterpillar! (Video)

3 thoughts on “The Rodentia Hotel: Saving A 1971 Oldsmobile Cutlass, But At What Cost?”