Toyota Responds To The Hydrogen-Powered Mirai’s Critics By Proving That The Car Does Run On B.S. 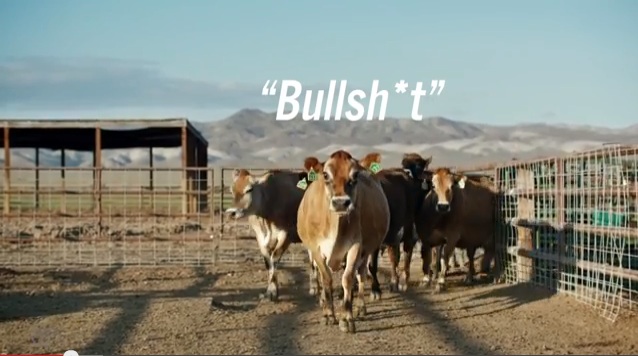 In the race to find a viable alternative to the internal combustion engine, it would seem that electric power might be the only game in town, but for Toyota, the concept of a hydrogen fuel cell vehicle has been in concept study form since the 1990s, with the current version, the Mirai, going on sale in select markets later this year. Granted, Toyota has had their share of critics blast the idea of a fuel cell vehicle, but one voice seemed to stand well above the others: Elon Musk, the brain behind Tesla, who in 2013 made a quick diversion from the good of his electric cars at a Tesla service center in Germany when he famously quoted, “And then they’ll say certain technologies like fuel cell … oh god … fuel cell is so bullshit. Except in a rocket.”

Somebody inside Toyota took honest offense to the line and decided to make a retaliatory point by using a truckload of the freshest meadow muffins they could get their hands on. In this clip, directed by Morgan Spurlock of Super Size Me infamy, Toyota engineer Scott Blanchet goes through the process of converting perfectly good flower food into hydrogen fuel for a Mirai. It’s interesting to see the process, and whether or not hydrogen hits the mainstream markets it’s good to see manufacturers giving it an honest effort. If nothing else, there is the humor in Toyota using a mountain of cow shit to tell Tesla to shut up.

7 thoughts on “Toyota Responds To The Hydrogen-Powered Mirai’s Critics By Proving That The Car Does Run On B.S.”