Unhinged: My Most Insane SuperBeater Mirada Burnout Had Nothing To Do With Tire Smoke 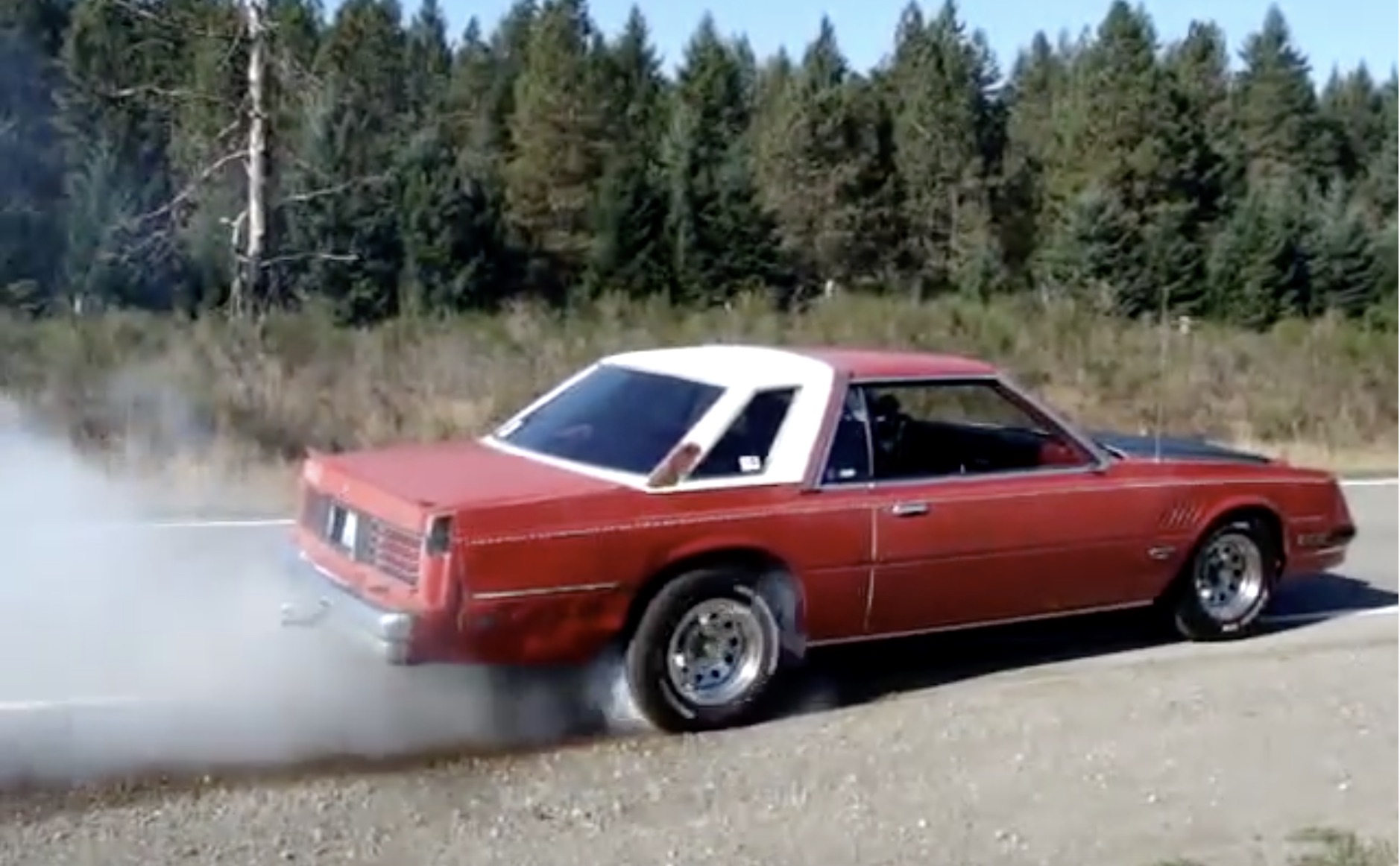 If you think that I’m above some rule-bending when I’m behind the wheel, well…sorry to disappoint, but my “Resident Delinquent” title isn’t something I made up on the fly. It was given to me when I was a kid after I explained to a shop teacher about how deep in the hole I was after my mother returned home to find me hazing the tires clean off of my 1977 Chevy Impala. Keep in mind: I was about fourteen at the time, nobody was home until she drove up to the yard, and the Impala was a half-dead six-cylinder that was parked on dirt. I had filled in about a half-acre of space to fog-bank levels of tire smoke and I had enough of a screen going that I made it to the bushes and freedom before she was able to get out of the Toyota Celica she was driving. I’ve had my moments. But the quick video clip below might be the height of my stupidity, and yet somehow I’m proudest of this one. And since I’m pretty sure the statute of limitations has passed…

To set the scene: this was October 2010. I’ve been out of the Army for a few months at this point. The 1981 Dodge Mirada CMX had been around about a year at this point and had progressed from a “beat it until it dies” project to some kind of Frankenstein’s monster build. It was low-buck to the core…the rear axle was the same 2.94 Sure-Grip unit that came in my Diplomat and left in my Imperial, the engine was the tired-ass 318 the car came from the factory with breathing out of headers for the first time ever, the front suspension had seen some desperately needed attention and the car had gotten progressively uglier and uglier. The rear trim rot that affects Cordobas and Miradas was going on, the black paint had been broken out for that ratty “musclecar” look I still dig, and then there was the rear quarter that had been pristine until I backed my 1973 Chevelle into it while moving cars around one day. The Mirada was a total shitbox on it’s best day but I loved it because I treated it like one and had zero regrets.

So what’s so dumb about baking the tires off real fast? Well…this stretch of road is on the Fort Lewis side of what is now Joint Base Lewis-McChord, Washington, and is in the dead-middle of the artillery landing zone. Yeah, think about that for half a second. I’m where howitzer rounds impact, with no clue about the arty firing dates, with my roommate Tonia on the camera, hazing tires off. And it got better…right after this scene was shot, I picked her up, and as we were making a hasty escape towards the East Gate exit and Spanaway, we encountered a MP unit that could not have missed this soundtrack. To this day I don’t know why they didn’t toggle the sirens.

The Mirada’s time got progressively worse from here. That December, the 318 came to a slow, grinding death and was left at my stepfather’s while I moved to Arizona to start school. Two engine builds later (so I was told, anyways) and I got the car back to enjoy for pretty much the summer of 2012 before I put the guts of this car into the Imperial and the shell into a Prescott Valley, Arizona junkyard. I do miss having a rough fun beater, for sure.

If you want to read up on the fun that this $650 unloved Mopar was during it’s time in my hands, you can check out the old build thread HERE in the forums!

Ride With Andy Wolfe As He Hammers A Vintage Mustang Around Goodwood Like A Boss! The Sounds! Happy (Belated) 3/22! Today's The Day We Celebrate The Little 322ci Buick Nailhead V8 Engine