Unhinged: You Are Not Too Pretty To Dance 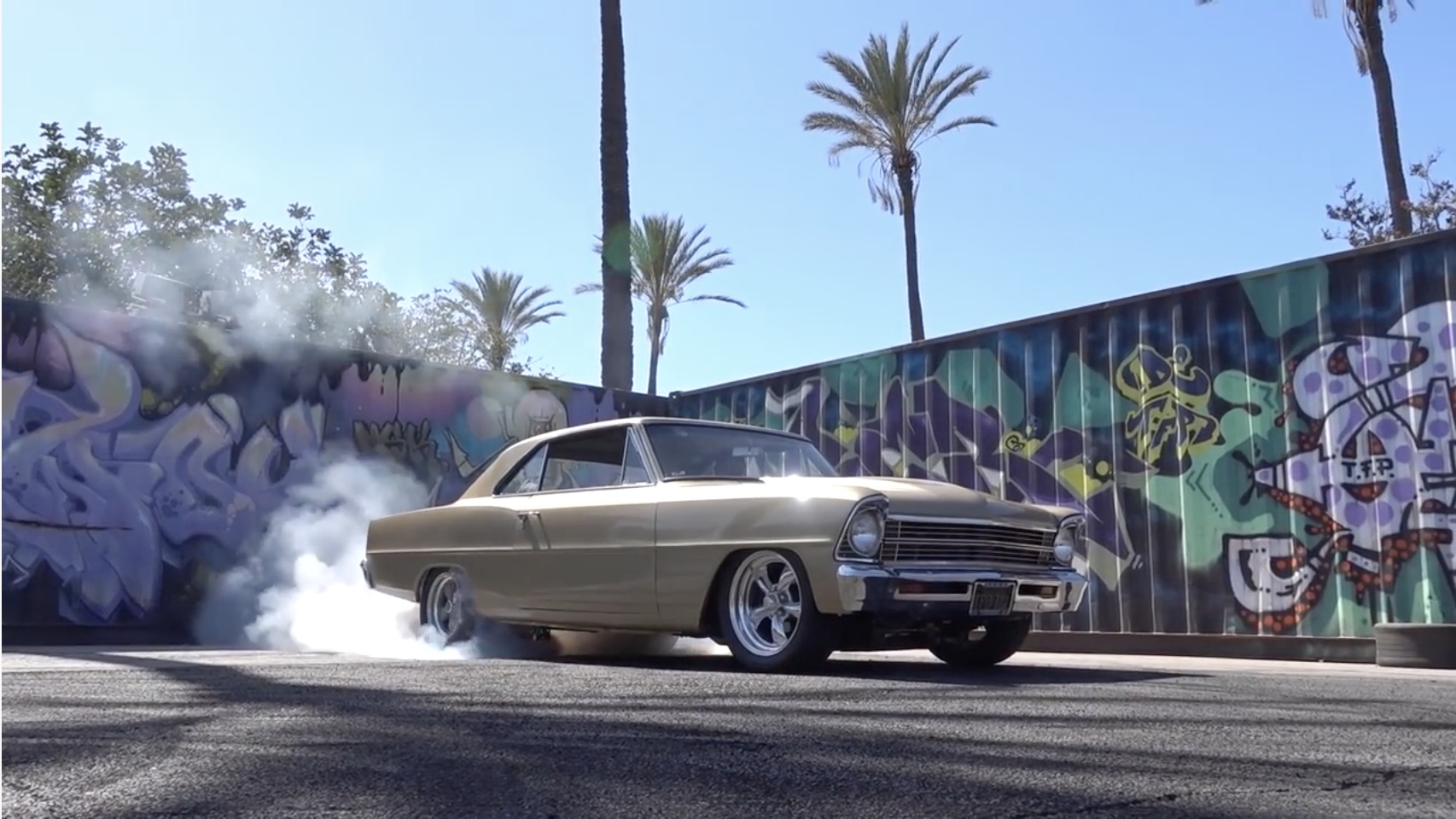 A forewarning in advance…it’s been a long day and I’m about zonked. If you want to skip ahead to Jon Chase from Hoonigan flaying his sweet Nova, go right ahead. I met Jon in Vegas this year and in person, he’s chill and pretty laid-back, a great dude to talk with for a couple of minutes. What follows next is a bit of a creative writing exercise. Don’t judge too harshly. -McTaggart.

Flash back to your school days for a minute. Did you ever go to a school-function dance of any sort? I send my sincere apologies if you did. Prom, get-togethers, Sadie Hawkins, the winter formal…I saw none of them. In fact, I only saw one dance ever, during middle school, and it was simply an informal get-together that blended typical radio hip-hop and grunge music (being close to Seattle, natch) with groups of walking hormones that instinctively grouped up into their cliques. Do I dance? Meh…I’m just amazed nobody got medical assistance the few attempts I made. But I wasn’t really there to dance, instead I was there because it wasn’t my house, it wasn’t school and I was not being bothered. I was mainly people-watching, before I had even heard of that term, and I was there for the free pizza and soda provided. And as I munched slices of Godfather’s and sipped my sugar bomb mix, I noted that the only people who were dancing were the kids who were bent on having the most fun. When Sir Mix-A-Lot came on, they were almost spoofing the song with their movements. When the Macarena came on, it was the dance everybody knew, but with comic movements, or deadpan faces. When rock music came on, it was headbanging so hard that my neck hurt, or it was mosh-pit moves that had the school officials rushing in to break up a fight that wasn’t happening.

What’s the point of that imagery? Stay with me, I’ll try to parse it out as best as I can. You built a car to have fun, right? That was the goal from the start, right? If you built it to make money, you would sell it and move on to the next flip. If you built it as a museum piece, you made something gorgeous but chose to do nothing at all with it. It’s something I can’t bring myself to understand. It’s like the “hot girl” group that didn’t hit the floor for anyone. They would stand there, they would chat amongst themselves. But if anyone…and I do mean anyone, from the people having fun to the usual couple setups for the slow jamz…asked them to hit the floor, they looked like they just smelled something awful and as a herd, walked away. If you weren’t there to have fun, what were you doing there in the first place?

I once got chastised for autocrossing a 2005 Mustang I had just bought as if it cost $500. They couldn’t understand why I would do that to the new, shiny machine. I kept that car spotless, I drove it cautiously otherwise, I would park it away from other cars in the parking lot. They couldn’t understand why they had seen me drift it around a 90-degree right-hand corner with the tires ignited. Maybe it’s just me, but no car is too pretty, or too expensive. They are mechanical objects, ones we put a lot of time and energy and emotion into, but mechanical objects nonetheless. Look at the Goodwood races in England – expensive, rare dream machines, but driven as if they were a three-day old race car in the middle of heavy testing. The day we finished putting all of the trim back on it after paint, the first thing that happened to one 1969 Chevelle is that it was taken out onto the nearest street and made to do a John Force-worth burnout that coated the quarter panels as a reminder that it wasn’t a show car, just a prettier street car.

Look good, have fun, do whatever. But don’t just sit there and do nothing. Get off of your ass and go dance.

3 thoughts on “Unhinged: You Are Not Too Pretty To Dance”