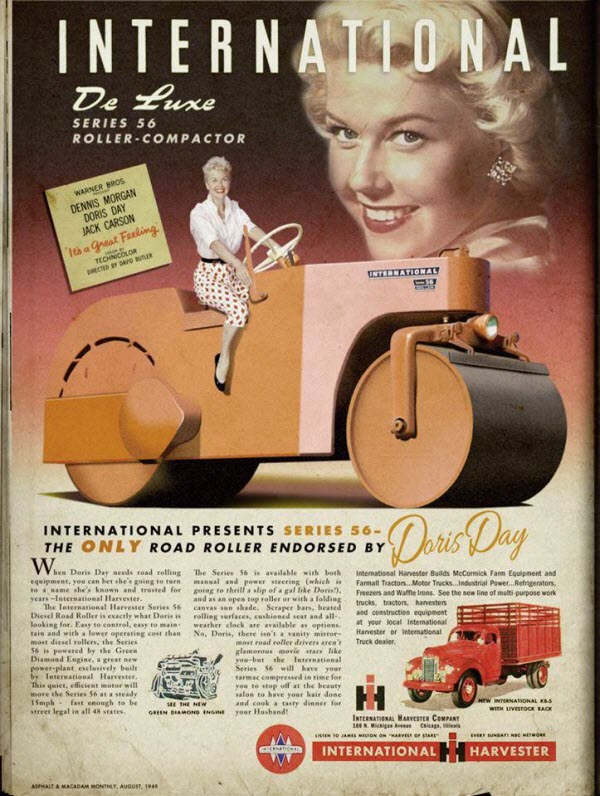 “When Doris Day needs road rolling equipment,” reads the copy that must’ve made some ad executive a fortune, “you can bet she’s going to turn to a name she’s trusted for years — International Harvester.” Apparently, in 1949, along with being one of the most highly paid actresses in Hollywood, Doris Day was selling heavy equipment, with some of the most chauvanistic ad copy ever written.

Of course, in the age of Photoshop, it’s difficult to trust anything you see. Is this for real? We can’t find any other references to Asphalt & Macadam Monthly magazine, but we’re working on getting a subscription right now.

The copy is awesome in its inappropriateness: “No, Doris, there isn’t a vanity mirror. Most road roller drivers aren’t glamorous movie stars like you — but the International Series 56 will have your tarmac compressed in time for you to stop off at the beauty salon to have your hair done and cook a tasty dinner for your Husband!”

And it’s not like there weren’t weird celebrity tie-ins in that era. 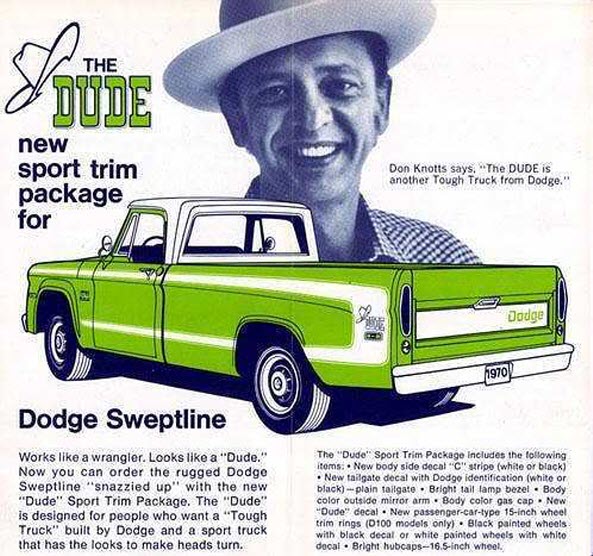 No idea who the Don Draper was that pitched Don Knotts to Dodge trucks, but hey,  when you think of real star power, only one name comes to mind: Don Knotts.

From the late 1960s to the early 1970s, Don Knotts was the pitchman for Dodge trucks. 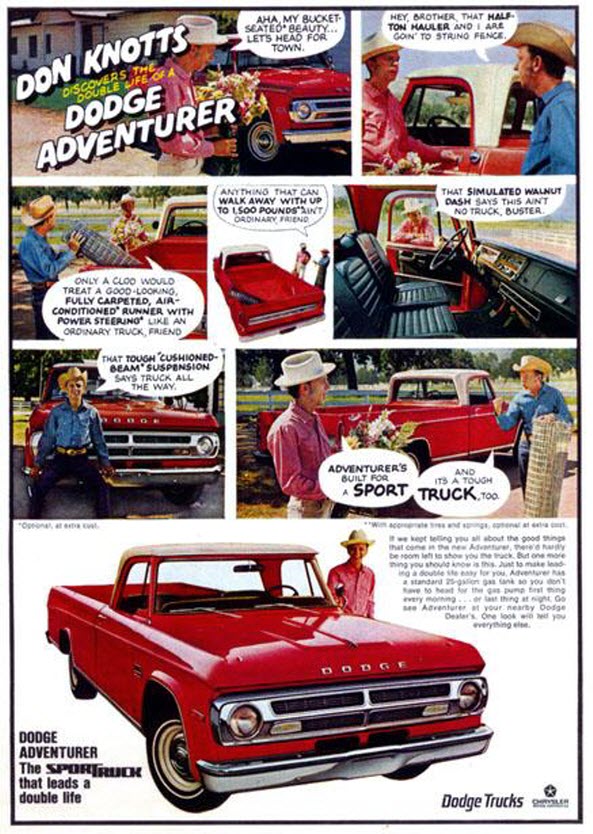 Because, after all, there’s no better character to associate with the tough, work-horse nature of a Dodge pickup or van than Barney Fife. 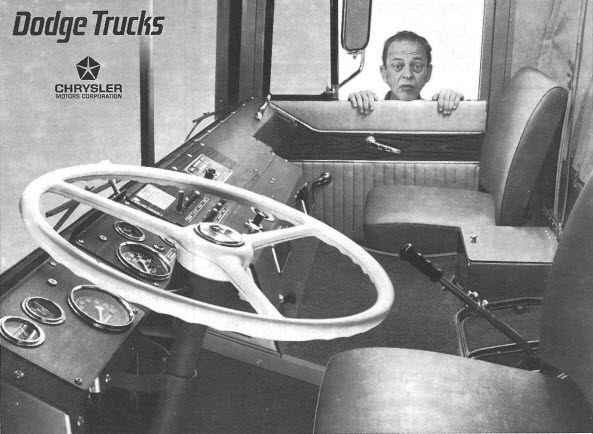 The Shakiest Gun In the West was pitching the new Dodge Sweptline trucks with a series of television and print ads, including these great comic strip-style magazine features. 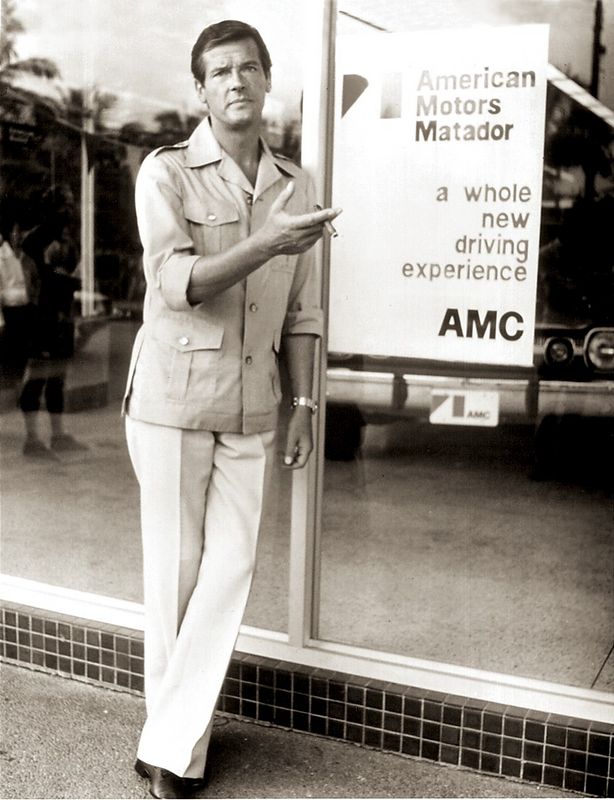 Back in 1974, Roger Moore was starring in the latest film in the James Bond franchise The Man With the Golden Gun. James Bond was obviously world renowned for driving some of the finest automobiles in production, so it was no surprise to see a guy accustomed to piloting an Aston Martin while simultaneously banging Britt Ekland to drive the finest car available in 1974: The AMC Hornet coupe. 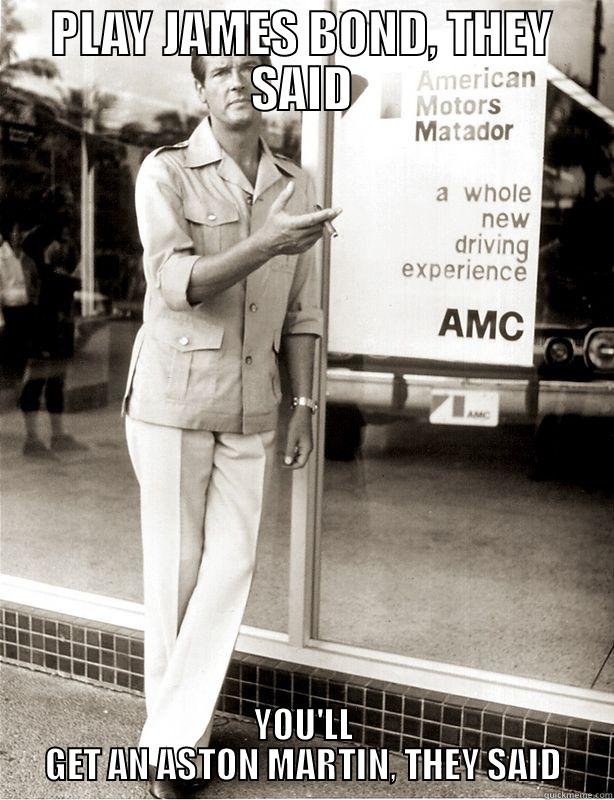 Then, of course, there’s Evel Knievel, who would have put his name on a line of red-white-and-blue  caskets if there was a check in it for him. In the 1970s, when AMF was in the process of ruining Harley-Davidson, it had a bicycle division that Evel lent his name and his rhyming skills to.

The cool thing about this, of course, is the realization that Evel went to to breakfast, business meetings, church, and the toilet wearing his leather jumpsuit and cape.

The final vignette in the ad features veteran character actor Cliff Osmond, who you might recognize from every single film and television commercial in the 1970s. In this spot, he plays either a dad with his kid in the way-back of the wagon, or a pedophile narrowly escaping the long arm of the law. You make the call.

We Have Photos From The Auto Club Dragway In Fontana Grand Reopening Party: Racing Starts This Weekend! Chris Alston's Chassisworks Is Hiring! Are You A CNC Machinist Looking For A Great Job In The Industry? Here's Your Shot!