Bonneville Speed Week 2022: More Photos From The Salt, Before The Rain Set In 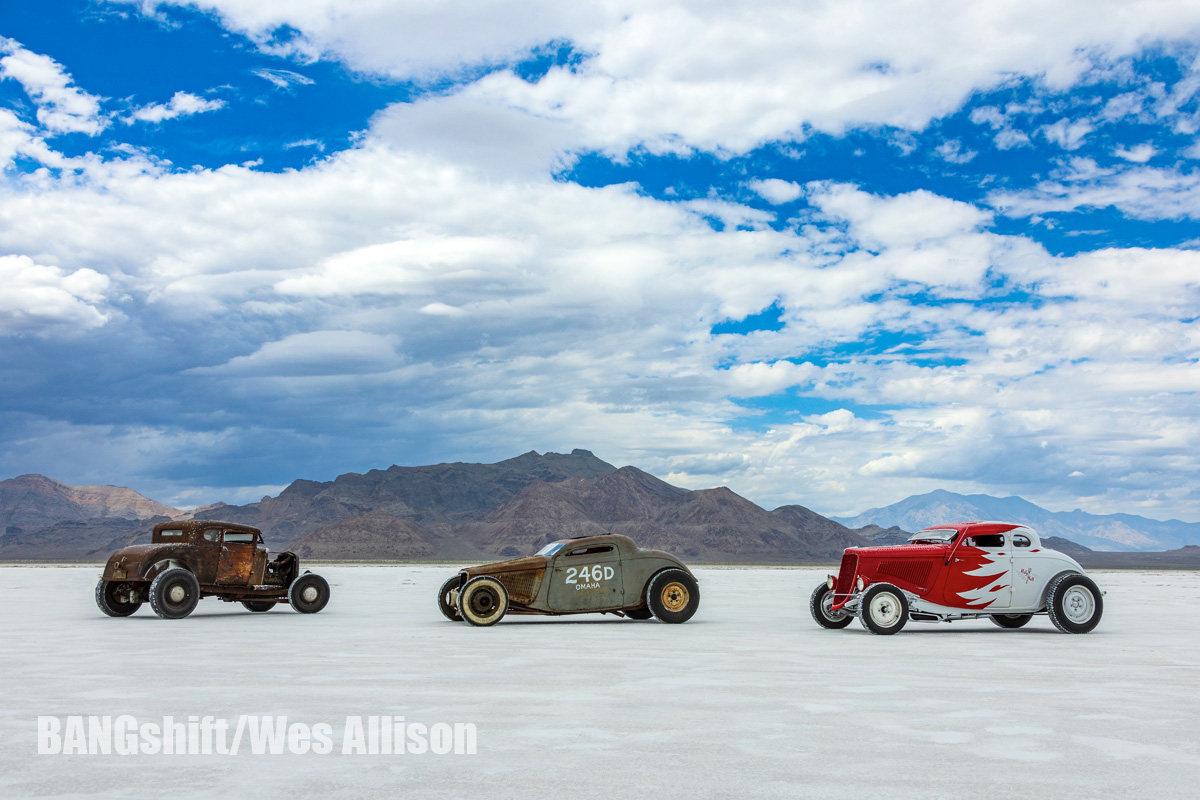 Unfortunately, rain set in at Bonneville this week, and racing has been canceled. This sucks bad for all the racers and staff on hand, and we are incredibly disappointed that we won’t be bringing you photos every day from the salt. With that said, we do have a couple of photo galleries left and will be running them over the next couple of days. Here is our final gallery from the salt itself, the rest will be from the car show in town.

(Photos by Wes Allison) It’s Bonneville Speed Week baby! This is a magical time of year. And since I have been the first car down the long course at Bonneville, just after sunrise on a particularly beautiful Sunday morning, I can tell you that there is no place like it and that’s a good thing. Bonneville is a party, a race, a history lesson, a family reunion, and so much more. It pains me to say that I am not going to be on the salt this year, but with everything going on we thought it smart to just send one guy and keep things simple. You know, like all the years I covered Bonneville all by myself for a week. Only with a better photographer, because Wes Allison is a badass. And we can’t wait to see everything he captures from the SCTA/BNI Speed Week at Bonneville!

We already posted a gallery from the Nugget Car Show kickoff party and we’ll have more and more galleries coming throughout the week. We will likely be running more than one gallery per day for the first few days at least, just like you have come to expect from us. We’ll have on track, in the pits, and car show photos from the entire event.

This year Bonneville’s salt conditions are going to be the talk of the town, with only two courses set up rather than the three or four that have become the norm in recent years. To make matters even more interesting there has been big rain that started Friday night and went through Saturday and that means the start of racing has been delayed. We still have photos from Friday both at the Nugget show and on the salt, so check out the first gallery below and use the link to see our other galleries as well.

One thought on “Bonneville Speed Week 2022: More Photos From The Salt, Before The Rain Set In”