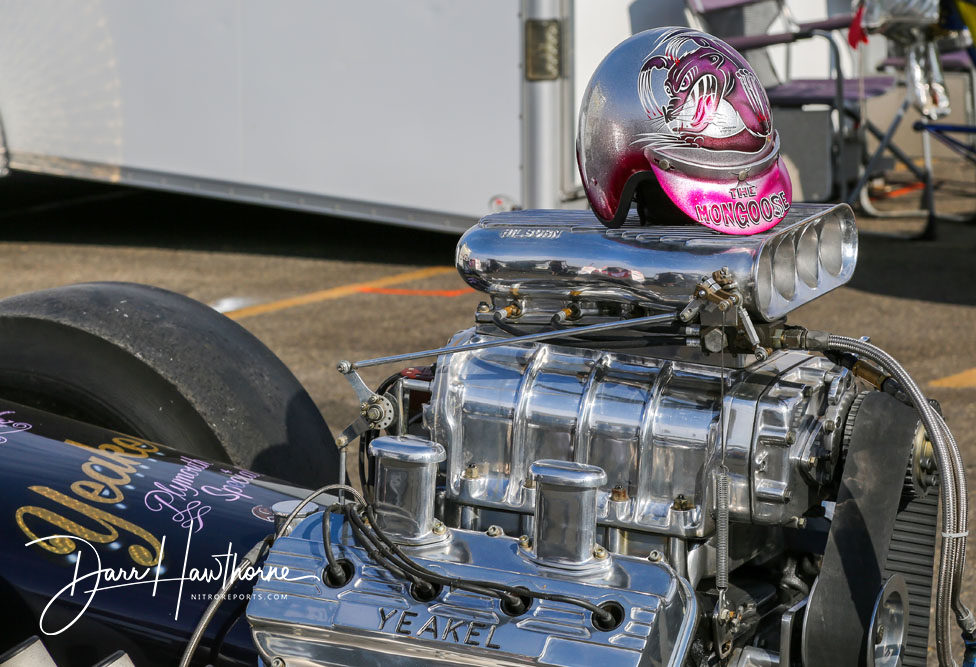 (Photos and words by Darr Hawthorne) – – In today’s world of hot rodding and racing, nobody seems to take a chance; more of the same from last year, decade, and century is the norm. Except for the NHRA Mello Yello Series Winternationals and World Finals the hallowed Pomona Raceway quarter mile sits dormant, but for an occasional TV Commercial or print shoot or the Pomona Swap Meet, with the dragstrip fenced off.

Out of the box thinking brought forth the notion of a joint 70thanniversary party with iconic SoCal In-N-Out Burger chain and Hot Rod Magazine, celebrating the milestone at Pomona Raceway, what a concept! 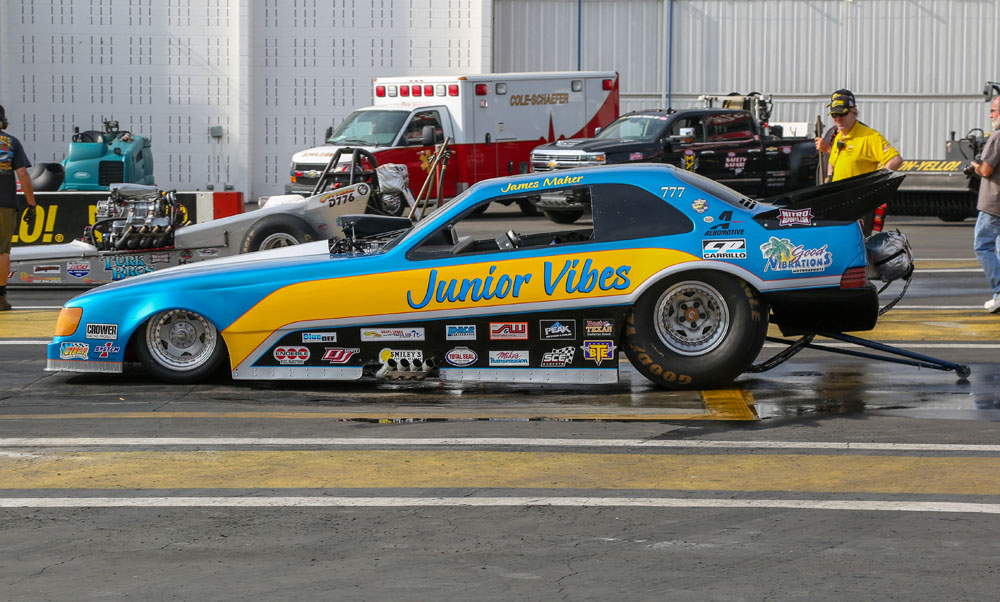 The single day event attracted a reported 1,400 pre-entered hot rods to celebrate and the stream of spectators were treated to an estimated 3,000 plus vehicles covering the Pomona pit area, all the way down to the Top End dragstrip turnout.

In addition to a dozen In-N-Out trucks placed strategically behind the dragstrip grandstands pumping out Double-Doubles, there was a large tent filled with seldom seen, historic hot rods on display. While the pre-entered cars, with an opportunity to make a pass down the dragstrip got their opportunities on the Pomona quarter mile, plenty of spectators watched vintage hot rods and hot rodders having fun. For the nitro addicted, a small gathering of Cacklecars attracted attention, too. 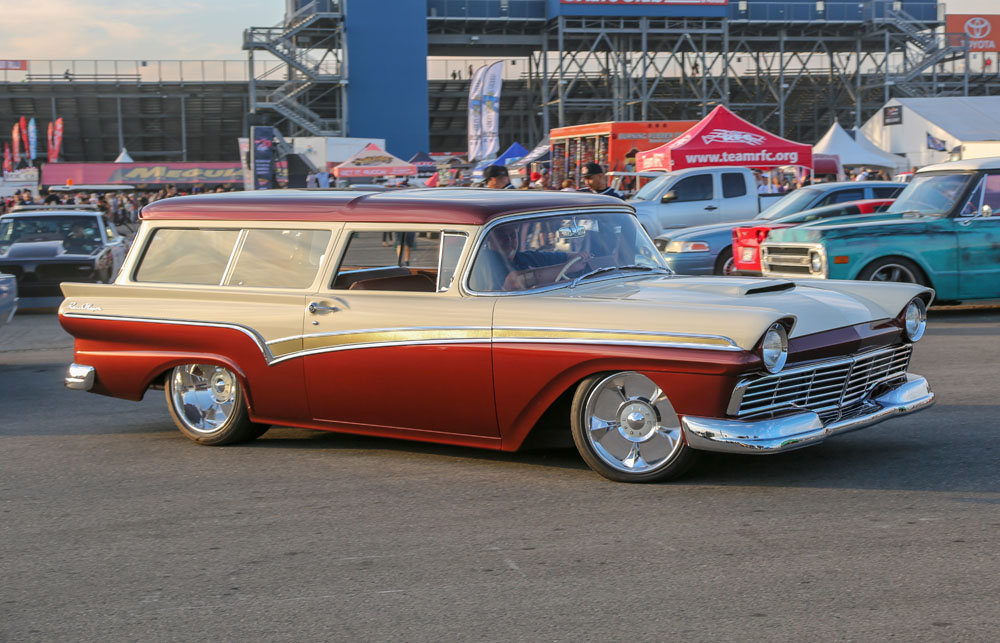 Thanks must go out to In-N-Out Burger’s car crazy owner Lynsi Snyder for her continued support of the SoCal car culture and grass roots racing, and to Hot Rod Magazine for spearheading the effort. By all outward measures, the show was a whopping success, hopefully a sign that a 71stanniversary party must be on the planning calendar for 2019. A special thank you needs to go over the nearby hills to the NHRA Glendora Headquarters, for giving up one of their few allotted “noise days” at Auto Club Pomona Raceway. 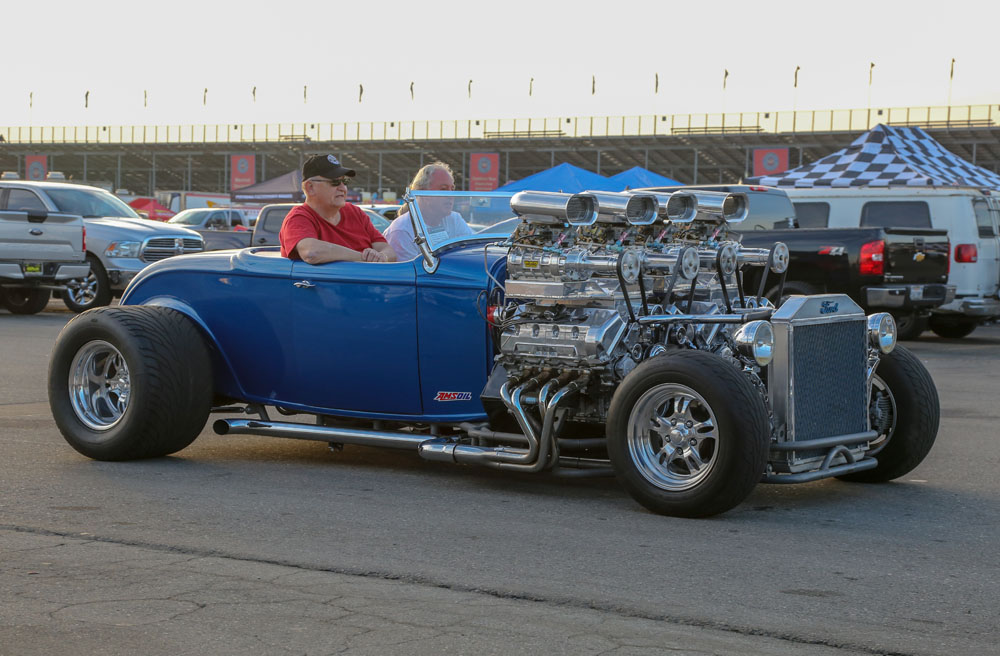 Unique hot rods and seldom seen rides were all over the Pomona Fairgrounds. 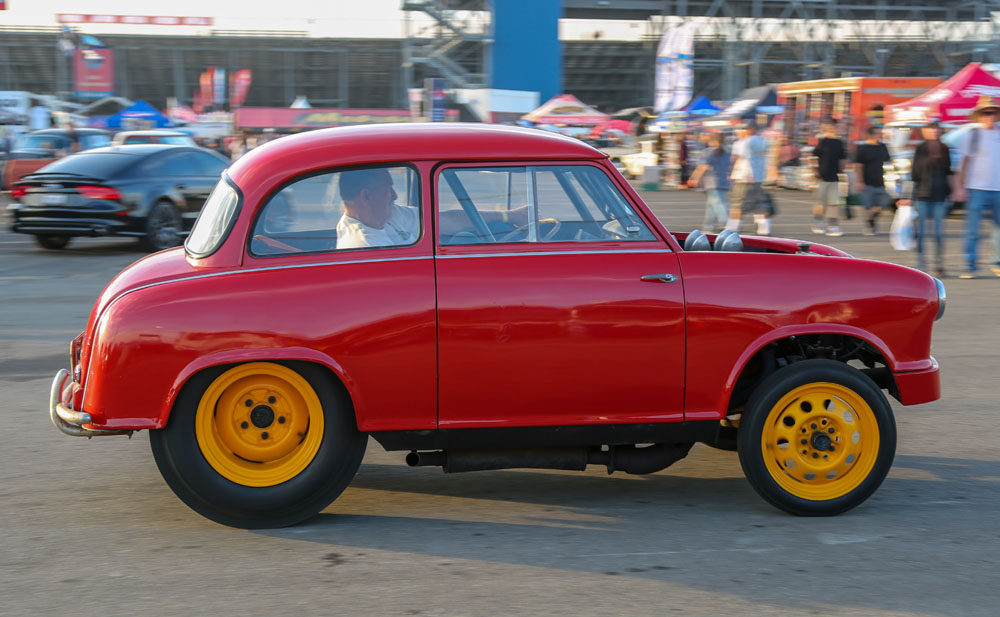 Here’s the first of the Car Show Galleries.

Stuffed Turkey: The First Mustang Was Built In The Late 1940s, Not By Ford, And It Looked Like This - Cool Story! 2018 Muscle Car And Corvette Nationals Photo Coverage: Amazing, Rare, An Never Seen Stuff!

One thought on “Celebrating The 70th Anniversary of In-n-Out Burger & Hot Rod At Pomona Raceway!”