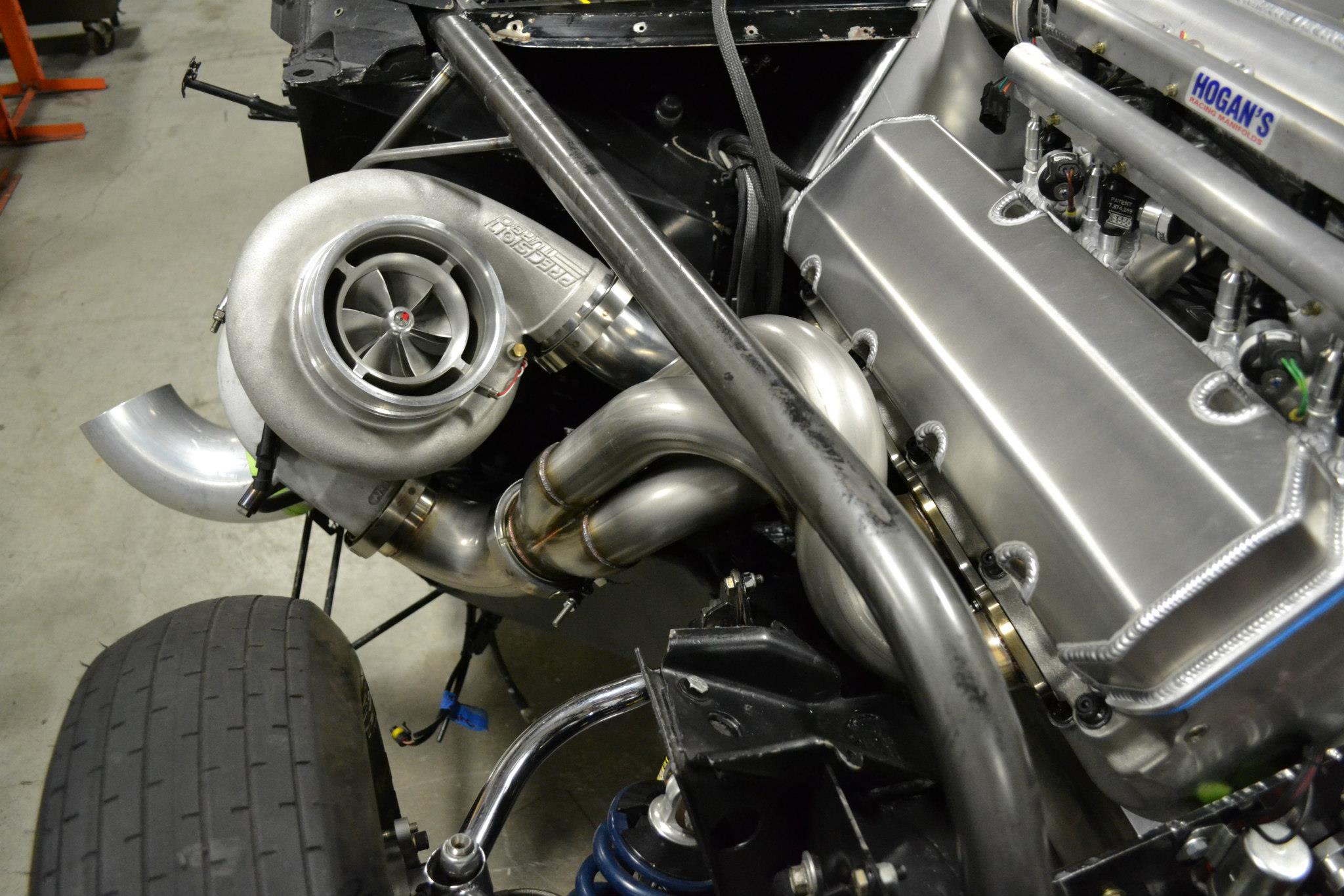 Paul Major’s wild twin-turbo radial tire Corvette has been one of the great pieces to come out of the DMC Racing shop over the last couple of seasons. The car has run very well all over the country and it has been a car that’s evolved over time in both the chassis and mechanical areas. The next step in the car’s life is underway now at DMC and Dennis MacPherson shared a great bunch of photos showing the fab work and total sexiness of the headers and other component involved in moving the car’s two huge turbos from their previous rear mount position up to the nose of the machine.

When we asked Dennis the reasoning for the move, he told us that shifting the weight of the turbos to the front as well as eliminating the weight from all of the tubing and plumbing that ran the full length of the car before was a prime motive of the project. You’ll also notice a gleaming new engine sitting between the tubes in the front of the Corvette as you scroll through the photos. That’s a 5″ bore spacing, Brodix headed, BBC style monster built by Joe Newsham from J&E Performance in New Jersey. Newsham’s engines can be found in a bunch of stupid fast stuff like Alex Vrettos’s Mustang and others four wheeled rocket ships. 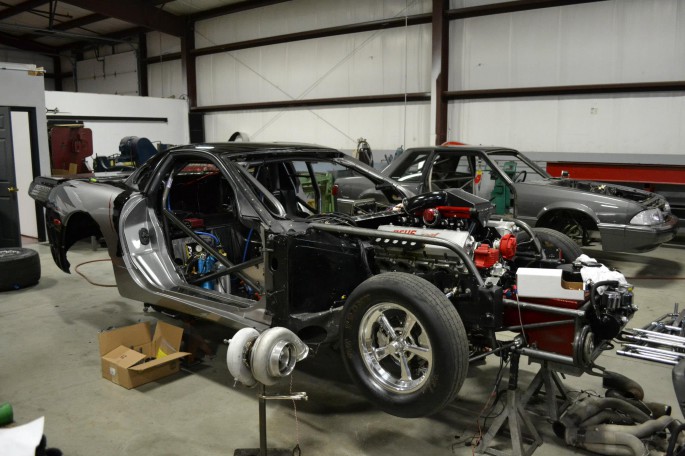 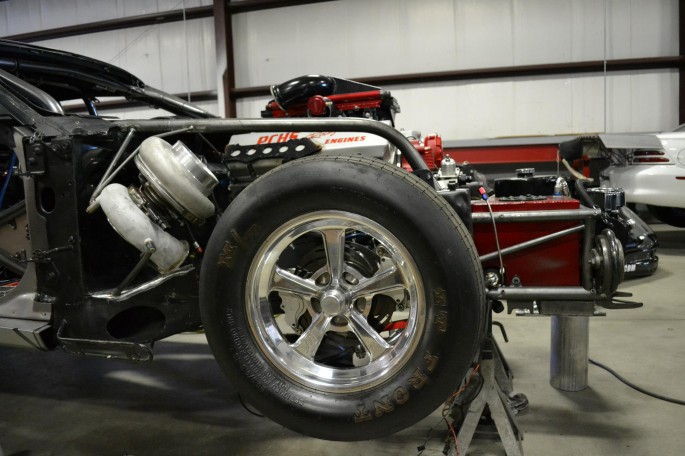 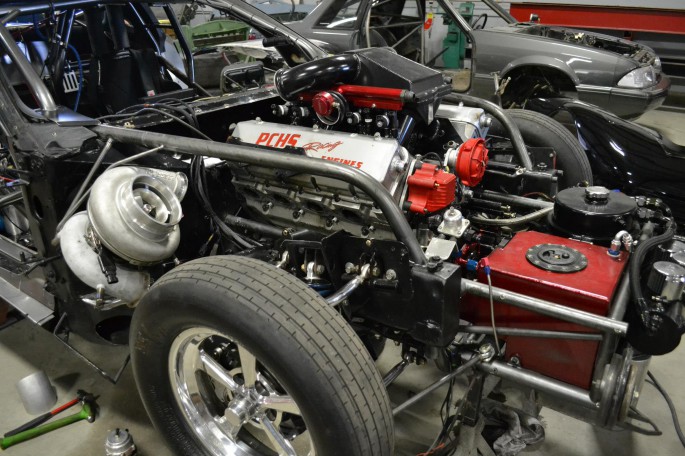 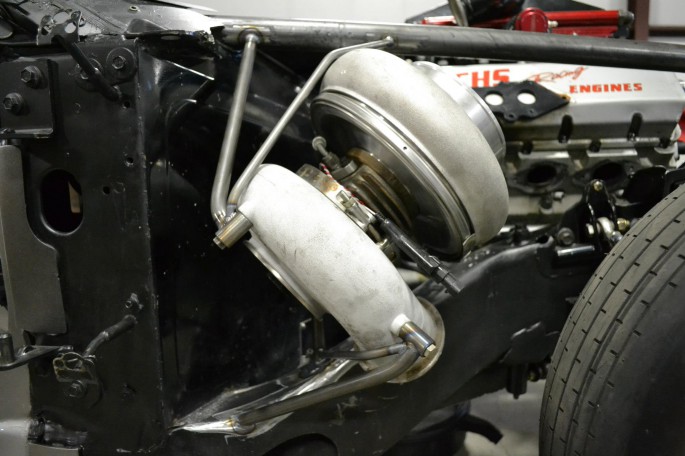 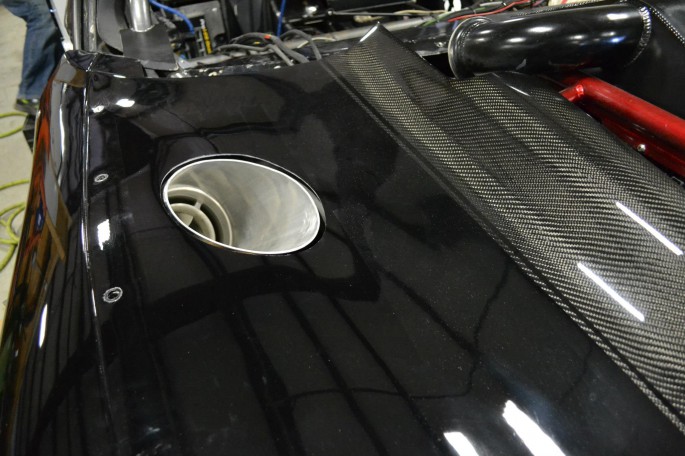 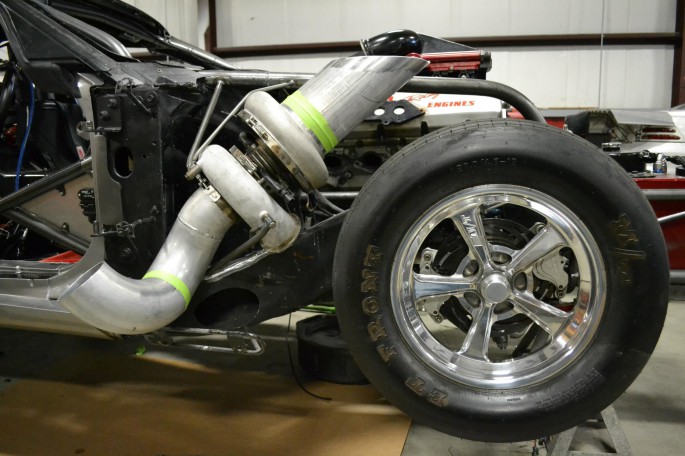 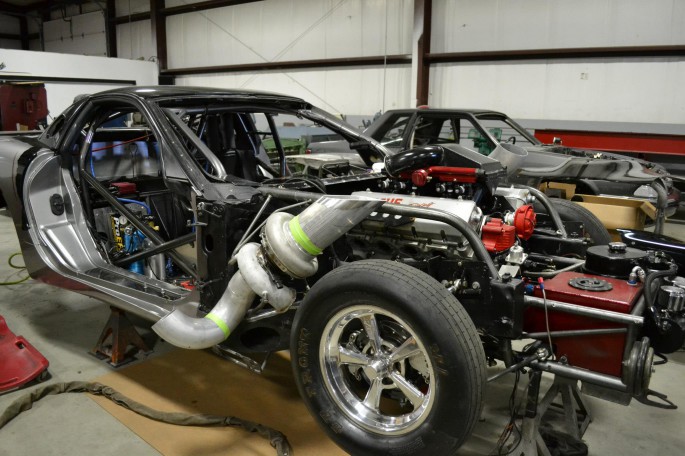 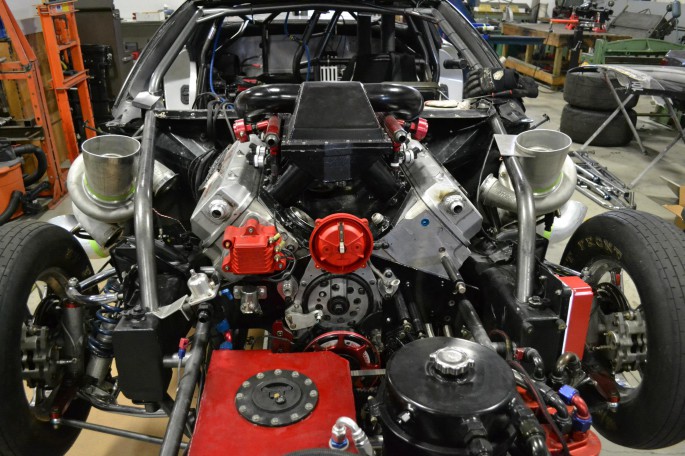 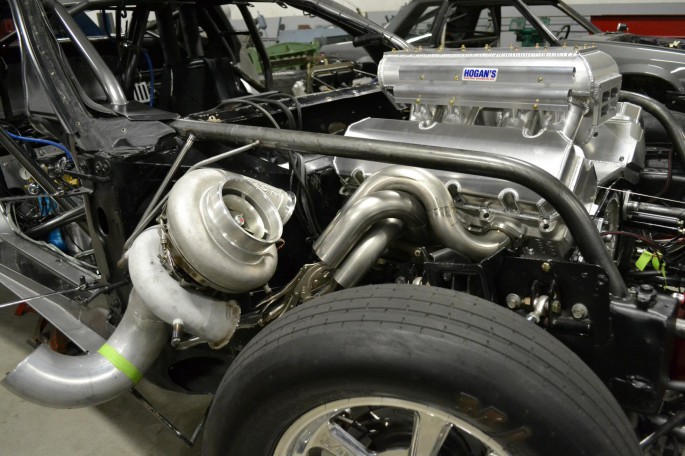 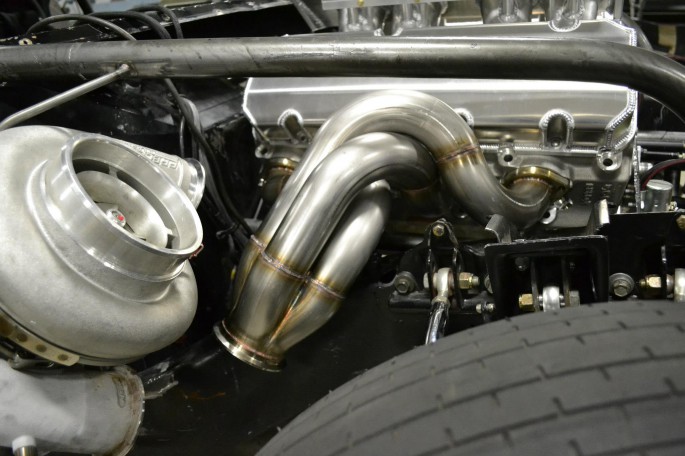 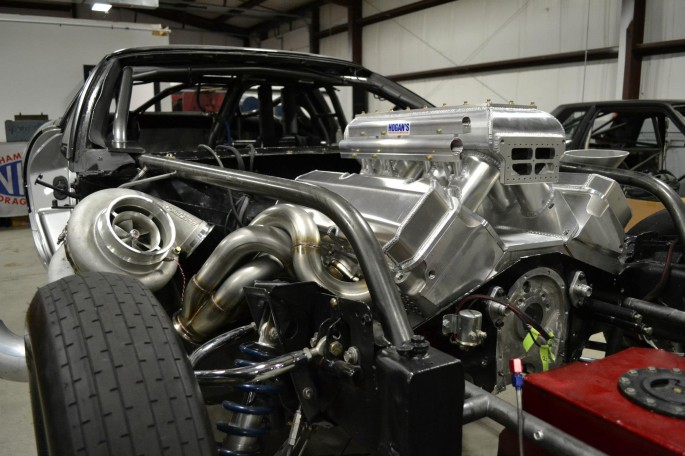 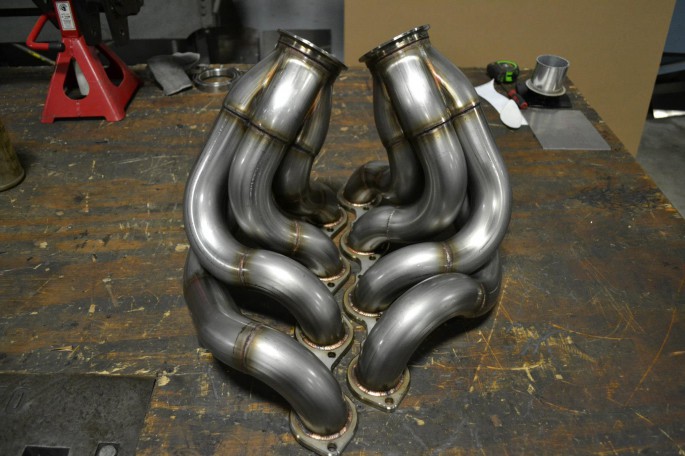 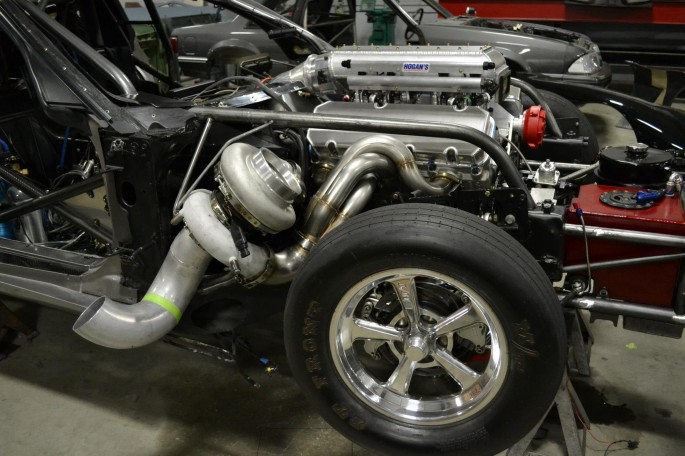 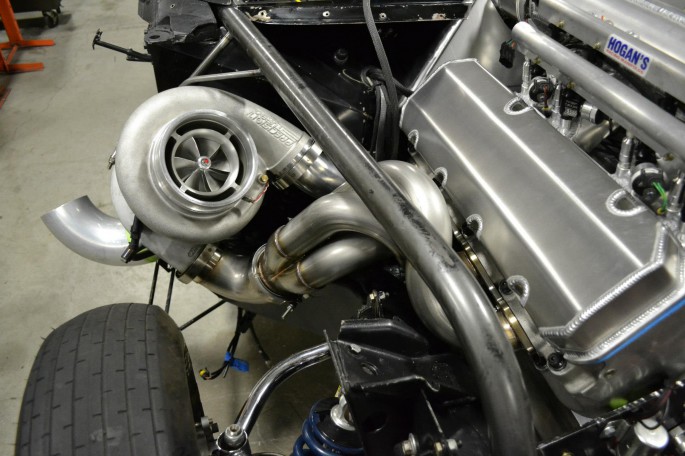 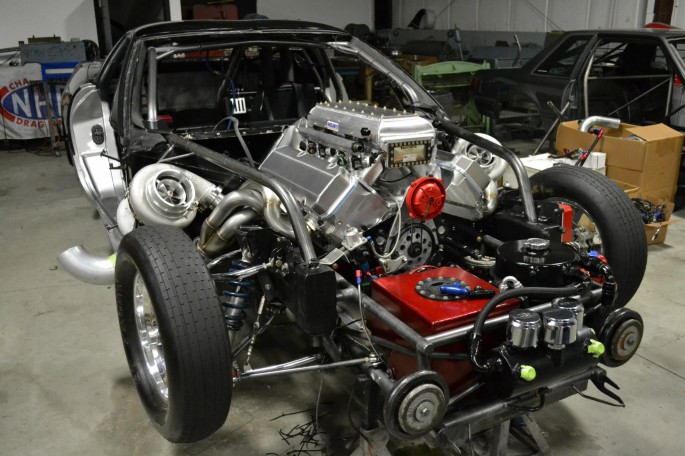