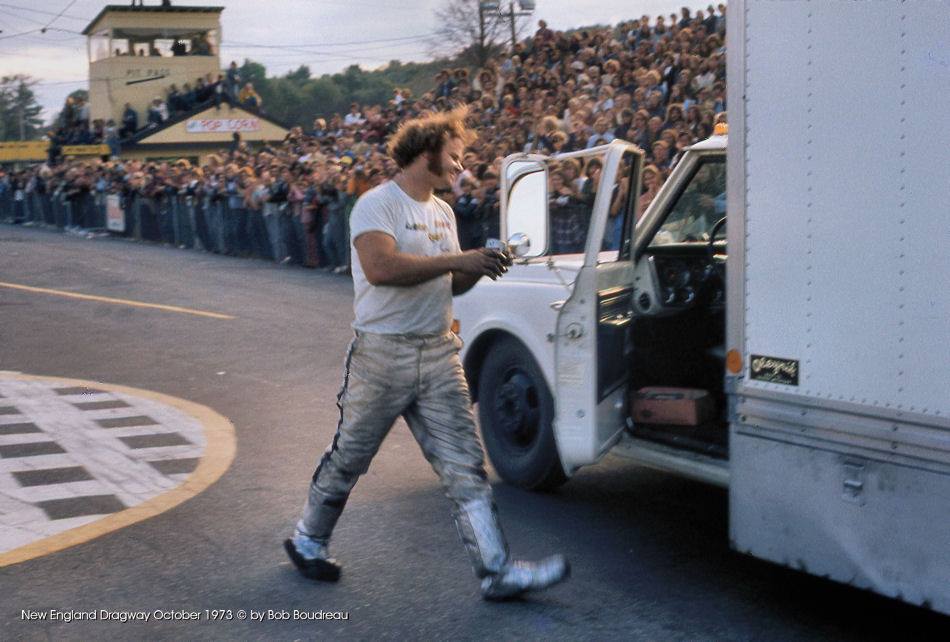 (Photos by Bob Boudreau) – This weekend the world of NHRA drag racing will be centered around New England Dragway in Epping, New Hampshire. It is a place with awesome history and stories for days. Telling some of those stories through photos is amazingly fun and that’s what we’re doing here.

Photographer Bob Boudreau spent lots of weekends at Epping over the course of the 1970s and they were good times. This gallery literally bridges two years as you’ll see some photos from the ’73 season and then Bob begins to dole out his ’74 stock. While the gallery if very much classic funny car centric, there are shots of some cool sportsman cars and other strip hi-jinks in progress. Study these photos well as the complexion of the place has evolved and changed since the era when these snaps were taken.

Of specific note in this gallery is a photo of an announcer sitting basically out of the second story window in the old New England Dragway timing tower. That man’s name is Jan Landers and he stands as one of the, if not the most famous announcer in the track’s history. His one liners were legend. His ability to break people’s chops with a smile is still talked about to this day. He was one of the original wild men on the mic that anyone in the New England region ever heard. 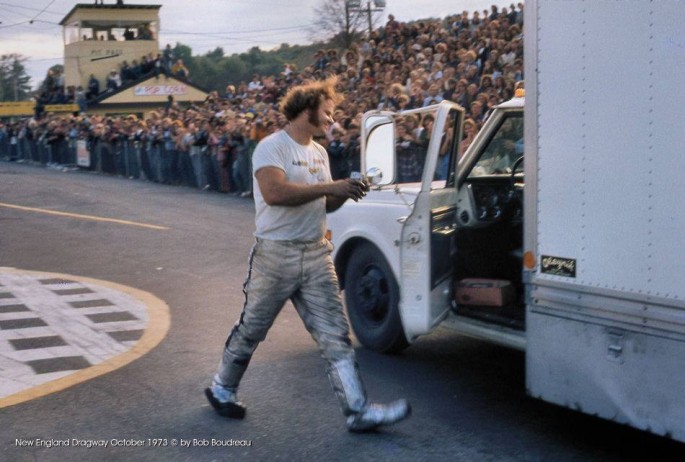