Historic Car Photos: Maine’s Seashore Trolley Museum Is An Awesome Look Into The Past 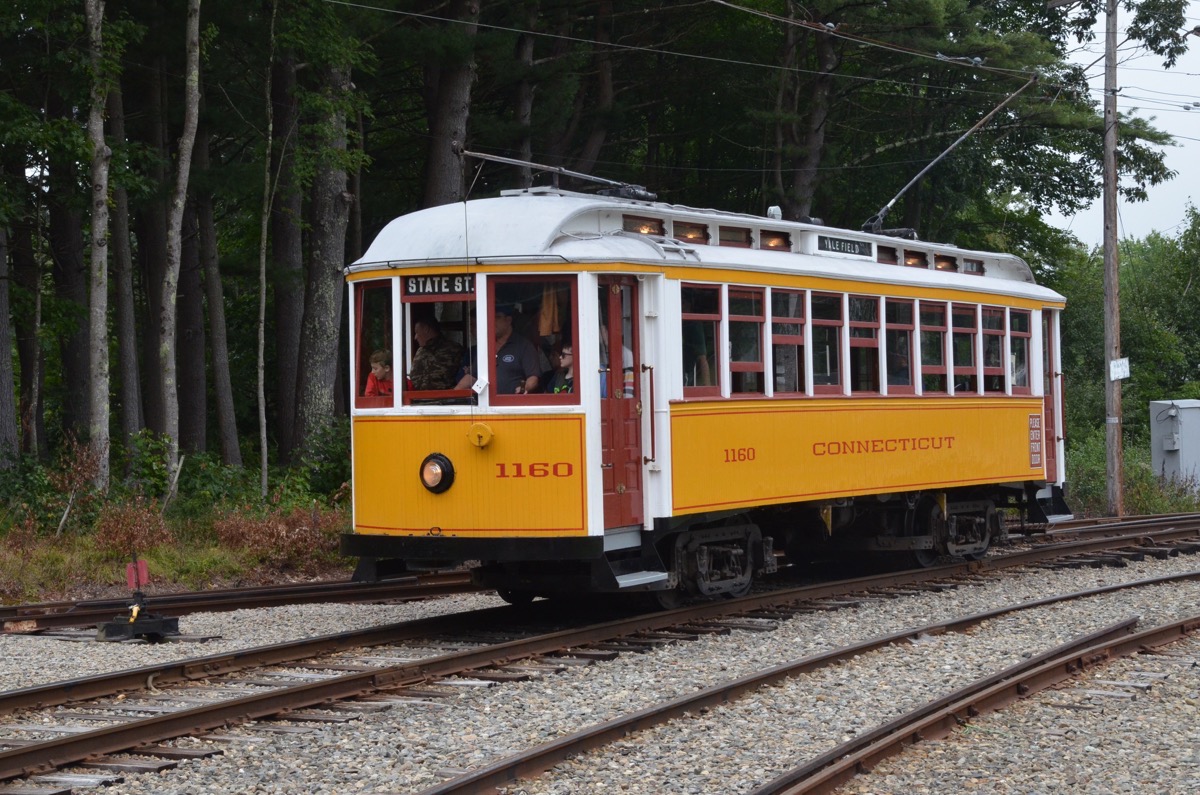 (By Greg Rourke) –  I don’t need much of an excuse to go on a road trip. So when I was offered co-pilot to the Seashore Trolley Museum in Kennebunkport, Maine, I threw a few tee shirts in a bag and we were off.

The main reason for the 2300 mile drive was my taveling companions great-grandfather was Thomas Elliot,  chief engineer for the Cincinnati Car Company in the early 20th century. He designed a trolley car that revolutionized the industry, the curved side car.  Cars previously were constructed with heavy iron beams the length of the car, and the body dropped on top. The new design was more like a modern automobile, using a unibody design. This reduced the weight by almost half, the new cars weighed about 40,000 pounds, depending on length. They were quickly adopted by many lines, but currently only a few are left. Wheeling Traction Company 639 is one.
The museum rescued the car when it was found formerly used as a doctors office in Ohio, minus it’s undercarriage. The museum restored it to operating condition, it’s one of their star cars. Unfortunately it was unavailable for a ride while we were there, waiting for some repairs.
We pre-arranged access to some non-public areas of the museum. I noted many units that seemed far beyond restoration, or even use as parts donors. Speaking to a few volunteers is was informed they try to take any donated car no matter the condition, even the smallest parts can be used. It was the only way 639 was able to be restored, it’s not like one can call NAPA and order parts for 100 year old trolley cars.
One need not be a rail nerd to enjoy this museum. Started in 1939, it’s the largest electric railroad museum in the world. Thank you to museum director Sally Bates and all the museum volunteers for keeping these irreplacable pieces of history alive.

2 thoughts on “Historic Car Photos: Maine’s Seashore Trolley Museum Is An Awesome Look Into The Past”