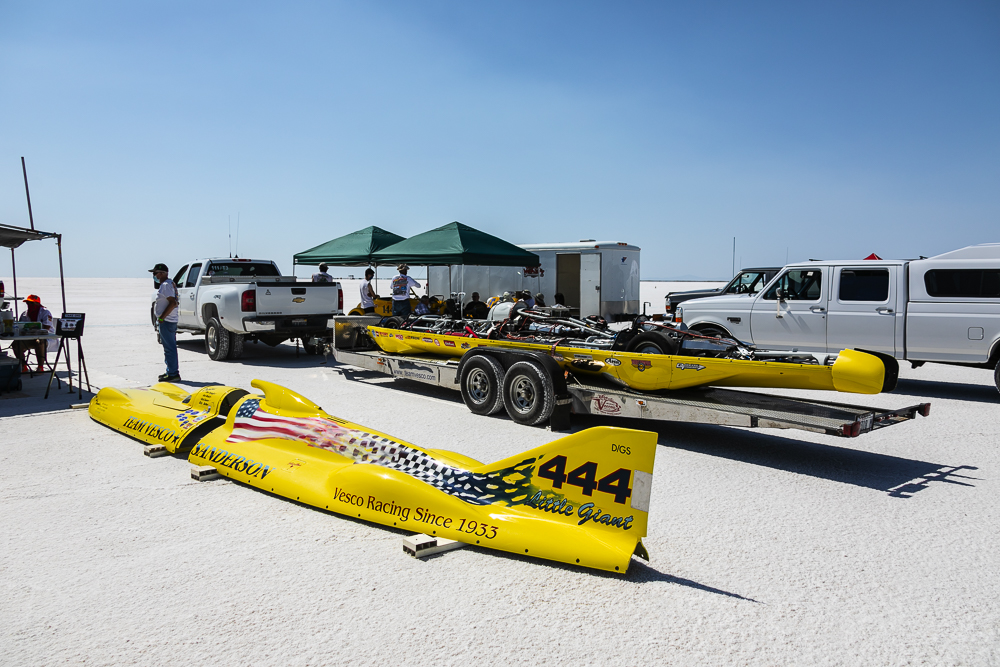 It’s Bonneville Speed Week 2020 people!!! As usual, there are folks saying the salt sucks, folks saying the salt is great, and somewhere in the middle is probably the truth, but we’ll just have to see when the first cars make their way down the courses at Bonneville National Speedway tomorrow. It’s opening day and that means that Speed Demon will be going after big numbers in their pursuit of 500 miles per hour, along with all the other heavy hitters you expect. All the streamliners will want to be at the front of the line to take advantage of the best conditions possible, and the other racers and fans will be on site to see if they can witness history in the making. I’m pissed as hell that I’m not at Bonneville this year, only the second one I’ve missed in 14 years, but with everything going on in the world we figured it was smart to send just one of the BANGshift staff out to shoot photos and that might as well be our in house bad ass Wes Allison. He’s kind of a big deal, so we figure he’s qualified to shoot photos of all the cool stuff on the salt.

Now we want to be honest with you, the crowd seemed light today, but that happens sometimes and with COVID 19 looming over everyone we’re sure that the overall attendance at Bonneville is going to be down compared to busy years. But that’s okay, as long as racers and fans are having a good time, staying safe, and going fast.

Here are the first batch of photos, from the pits on Friday, so stay tuned for racing photos and more pit stuff Sunday too. And if you are looking for the famed Nugget Car Show photos we’re famous for, don’t worry. Those are also being posted momentarily and you can find them right here on the front page of BANGshift.com.

Classic YouTube: Watch As Theirry Neuville's Rally Practice Gets Interrupted By A Tractor This 1962 Nova Project Is Running And Driving. Make It Your Own And Enjoy It!