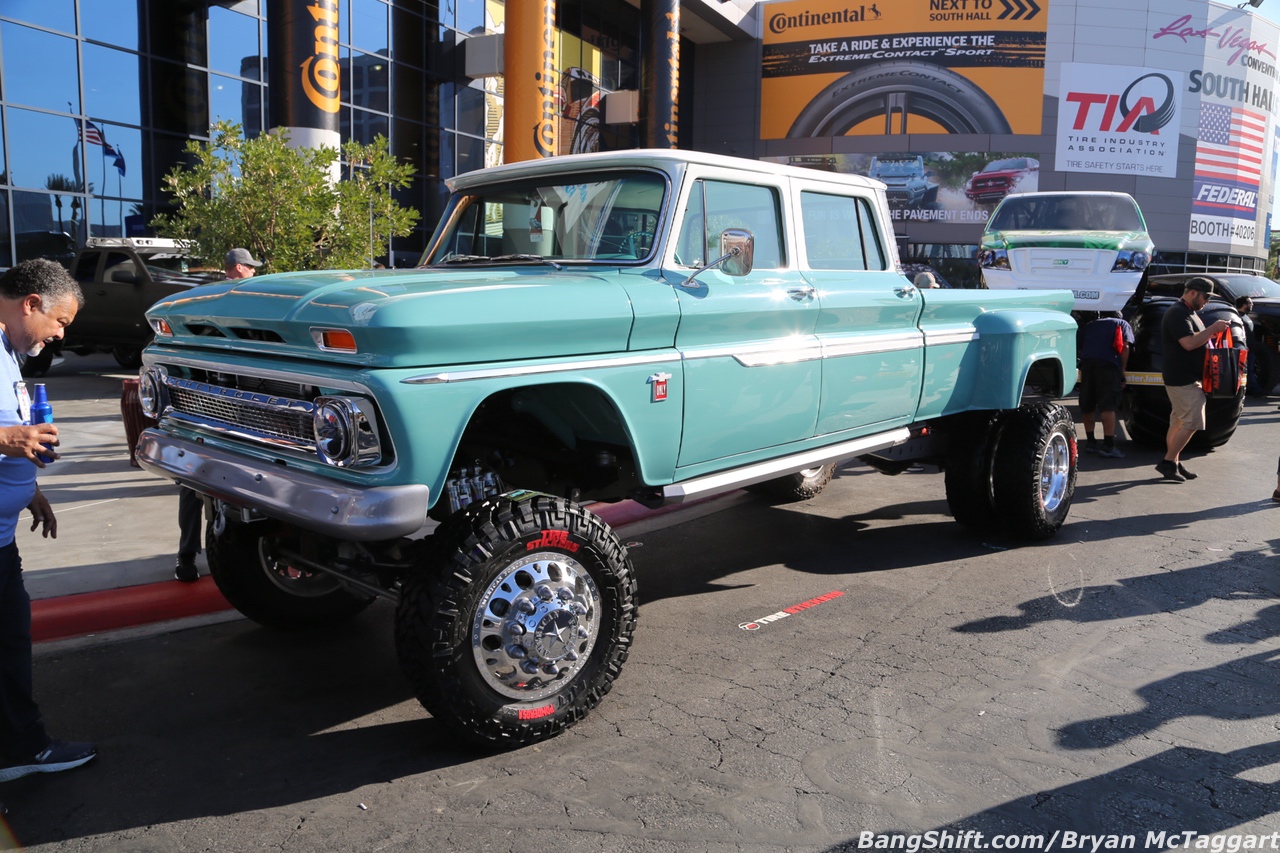 Is there such a thing as SEMA hangover? There’s the SEMA plague, which I think I managed to avoid this year. There’s the SEMA crunch, which I’m not going to be in danger of finding anytime soon. But as I type this in the comforts of my office at BangShift Mid-West, I still feel a bit looped out. The show takes it out of you, without question, and the more in-depth you get with the coverage, the more exhausted you become. It’s as I always tell anyone who listens: “It’s a fun job, but it’s still a job.”

We’re going to bounce around with the time a little bit…chronological order is going out of the window because of how I want you to see the show. So, from the word “go” we’re stepping foot into my Friday morning in Las Vegas, at one truck that had a mob around it the whole time: that gorgeous Chevrolet crew-cab dually phantom build. That’s just one of plenty more that you’ll see in this gallery, so click on a photo below and check out the scenery from Las Vegas!

Want to see more of our SEMA coverage, including new products and feature cars? CLICK HERE! 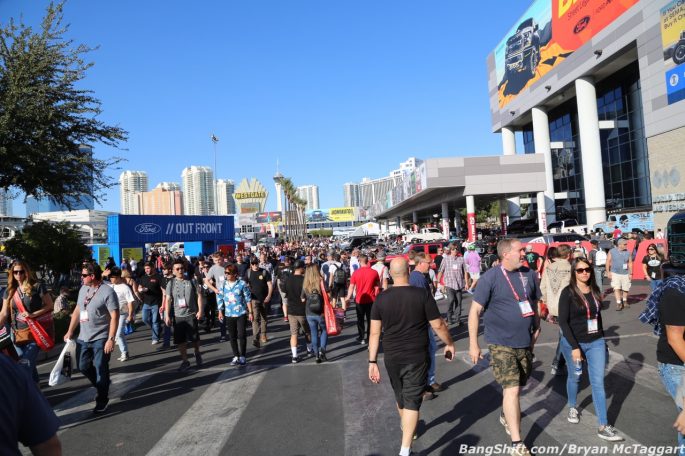 Cyclekarts: This Could Be The Coolest Motorsport We've Never Heard Of - Cheap, Neat, Fun! Vintage Truck Project Perfection: This 1946 Federal Truck Is All There And Begging For A Restoration

One thought on “SEMA 2019 Gallery: Morning Roaming, Including The Optima Alley”