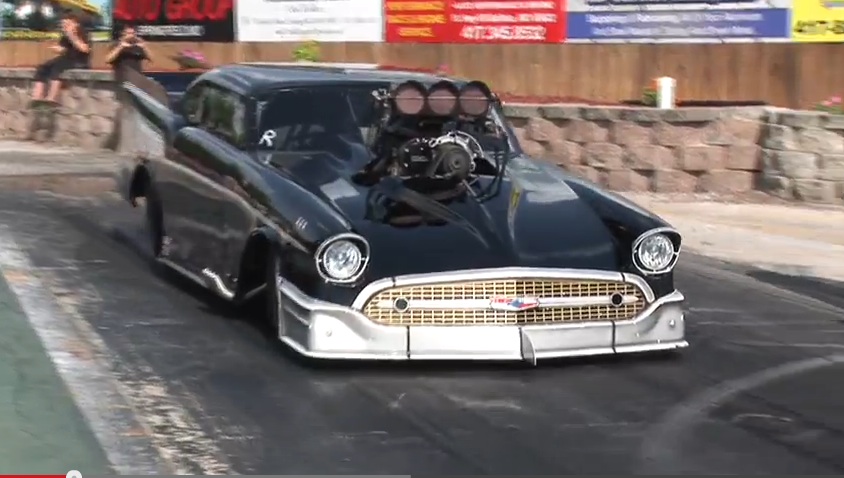 How much whine are we talking about here? When I played this video my wife and kids (who were all in another room) asked what in the world I was watching because the noise was so nasty. That’s what Jason Landsdown’s 383 Chevy powered 1957 Chevy Pro Mod sounds like. The whistling is like something you’d hear in a B-movie or horror flick right before someone gets skewered like a pin cushion by the bad guy. We’ll also mention that the car is blindingly fast, running some “on the edge” low four second eighth mile runs during the course of this video. We have heard LOTS of supercharged cars run over the year, hundreds even and maybe more. None of them have sounded like this one at idle. We’re not sure if it is the throttle blade adjustment that gives it the piercing sound or what.

Either way, you need to hear it and give us your theory about where the sound is emanating from. It sounds like the devil’s flute or something!