Killer 1960s Ad: This 1966 Sinclair Gasoline Commercial Features A Lightweight Coronet And A Young Drag Racing Leader In The Making 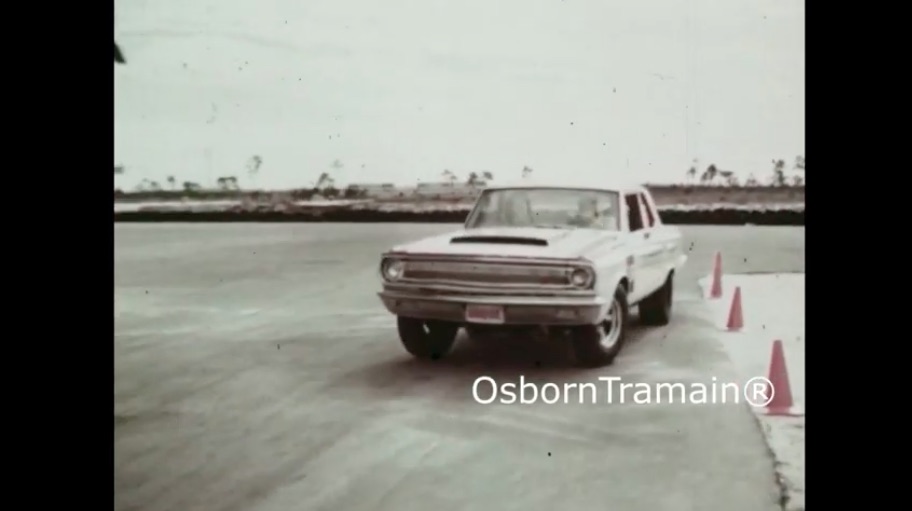 Here’s a real gem of a TV commercial that was shot in early 1966 at the then brand new Palm Beach International Raceway. The commercial “stars” Jack Thomas a young, up and coming Chicago area drag racer who was making a quick name for himself at places like the World Series of Drag Racing, on the burgeoning UDRA circuit, and around the midwest. That Coronet he is driving in the ad was the hot ticket in stock eliminator and if you owned this car today you’d have a couple hundred thousand dollars of Mopar in your garage. But we digress.

Thomas would later make a larger contribution as the president of the UDRA and as the president he lead the organization though some of the best years of its existence. UDRA was on the forefront of what would become pro stock around drag racing. They removed lots of the factoring and confusion around stock eliminator cars in the late 1960s and were running a lot of heads up stuff. Thomas has since passed away but he definitely made a large name for himself in the sport as a young driver and then as a sanctioning body leader.

Lastly there’s the whole Sinclair gasoline angle here. They are pitching the fact that they have anew nickel blend package in their gas and that will make your car run better, your engine run cleaner, and basically everything about everything will be better with Nickel in your gasoline. Oh, and you can also get a cool radio at participating stations!

It is kind of funny how times change. These days we don’t really advertise the addition of heavy metals to stuff like gasoline, right? Lead was discovered to be awesome for engines but bad for humans. We suspect that nickel would fall under the same guise.

Press play below to see this killer 1966 Sinclair Gasoline commercial – Now with Nickel!

Tech: Pick The Screw That Makes More Power. Big, Medium, And Small. Which Is Best? Spray Paint Shootout: Which Spray Paint Really Is The Best? Or Are They All About The Same?