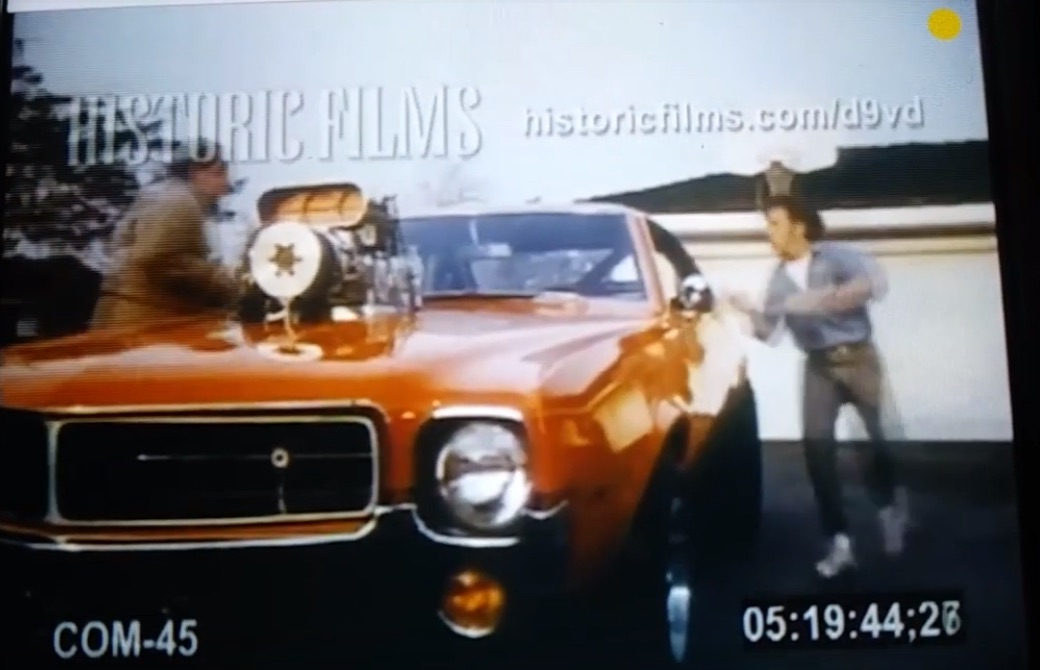 (By Greg Rourke) – I’ve been an AMC fan for a long time. My grandfather always drove them, but they were always a Nash to him. I drove a Levi’s Gremlin X to high school, I sure would like to find one of those today not selling for big money.  I remember this TV commercial, when they say “long lost”, they aren’t kidding. Many folks on AMC forums have asked about it, no one seemed to know where it could be found. Until now.
Here we have a kid pulling into Dad’s driveway with his recently acquired Javelin. Apparently ol’ Dad bought it for him. Junior has made a few minor upgrades, Dad is less than impressed, especially with the blower and bug catcher topping the optional 390 mill. The kid whacks the throttle a few times to no avail. Dad really flips out when he notices the reclining bucket seats and deep pile carpet are gone, “useless weight on the dragstrip” the kid notes. Pops then calls Mom out to see how they ungrateful little brat has butchered his gift, which ticks off Junior, and hilarity ensues.
This appears to be a 1969 commercial. I remember seeing it on our black and white television with rabbit ear antennas on top. Being a lifelong gearhead, and being age 10 at the time it was memorable.  While blowers sticking out of hoods became more common in the later 70’s (remember Dyer’s Streetchargers?) seeing one on a street driven car would have been quite unusual at the time. Otherwise, the rake and the big meats protruding from the back fenders was standard day two fare.
Give it a watch while I scan the internet for Gremlins.
Video: Is The Tri-Five Chevy The Most Versatile Hot Rod Ever? Road Trip Gold: Chevy Spotting In Small Town America