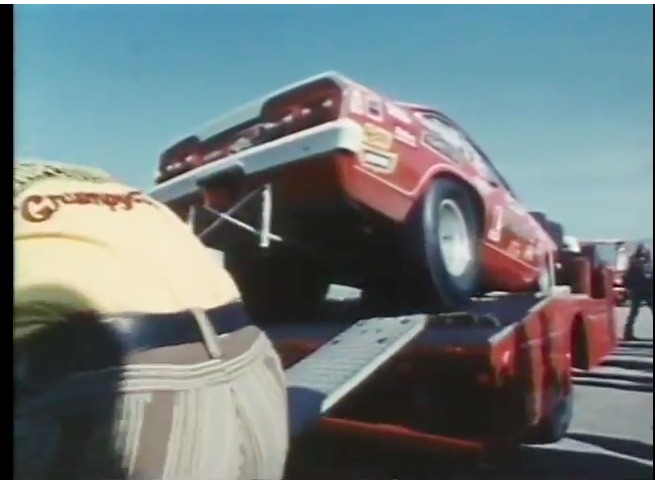 There are cool 1970s drag racing videos and then there is the 1970s drag racing video perfection known as Vroom, the film we have for you below. This 15-minute piece was designed and made as an apparently educational tool about the sport, the cars, and the biggest stars involved in it during the middle 1970s. Shot at the NHRA Winternationals you will see everyone from Grumpy Jenkins to Garlits, Shirley, and in a snippet that encapsulates one of the greatest ever, Jungle Jim Liberman speaking!

The interviews with the fans and the racers are cool but we’re totally loving the cars. The era’s pro stockers, the funny cars and the dragsters that were still in the early part of the rear engine evolutions. Personally we love this era of rare engine dragster. The were spindly, the drivers were poured into them and the cars were basically worn by the pilots in them. They did not have the massive, brawny presence of today’s top fuel cars. Instead they were much more reminiscent of the formula race cars that people were running in grand prix events around the world. These do not look like cars you’d want to wreck in.

It’s cool to hear Shirley talk in this one because as everyone knows she has never been afraid to speak her mind and that was never more true than in the 1970s when she was clawing her way to greatness. She thrived on the rivalries she had with male drivers like Don Garlits and others. She loved getting amped up and stomping them on the track.

Pomona looks somewhat different in this film because the big tower is not there and all of that stuff. What is there though is the strip, are the cars, and are the people that built this sport through one of its most amazing decades, the 1970s. Enjoy this, it rules!

Look Gang, A Mystery To Solve: Do You Know Anything About This Mid-Engined Ford Mustang Prototype? Cabin Fever Cure: Paramotoring To McDonald's For A Bite To Eat!