This Clip From The 1972 Springnationals at Santa Pod Raceway In England – The Cars Rule! 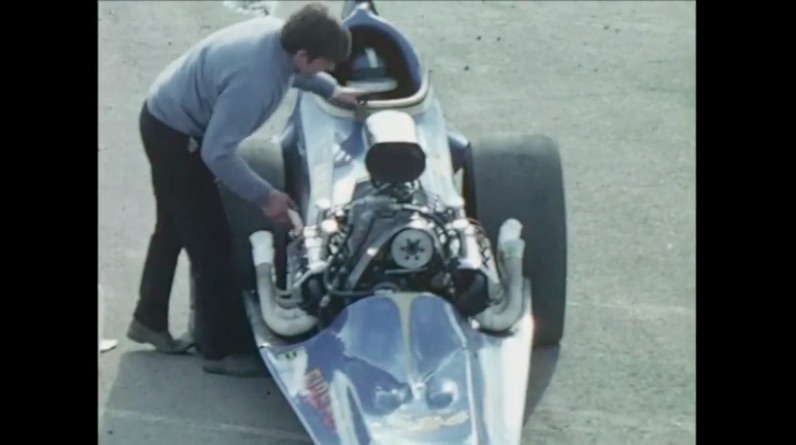 This is some awesome drag racing video that we’d never spotted before today. You are going to check out a short clip from the 1972 Springnationals at Santa Pod Raceway in England. Names that some drag racing historian types may be familiar with show up here. Primarily we’re talking about Clive Skilton and Dennis Priddle two of the most highly acclaimed drag racers of this time period in England. Skilton would come to the USA and make his mark in competition as well through the 1970s. This was before that and when he was a rockstar in his homeland.

We’re guessing this is a short snippet of a larger film likely made by Castrol. What’s neat to us is the fact that there’s this wonderful mix of machinery the likes of which you would have seen at an American strip (blown Bantam bodied altered) and stuff that looks like it is from a different planet! How about the blown Jag engine in one of those little cars!?

Anyway, this is a fun look back at English drag racing in 1972 and when we get this infernal time machine repaired, we’ll swing by a take in a chilly day of fun at the ‘Pod circa the early 1970s.

Bleep Show: The 1974 AHRA Winternationals, A Failed TV Pilot About Evel Knievel, and Sam Elliot Swearing - VIDEO Seats Of Power: These Are The Actual Seats From One Of The Original Pre-Production Corvette Show Cars