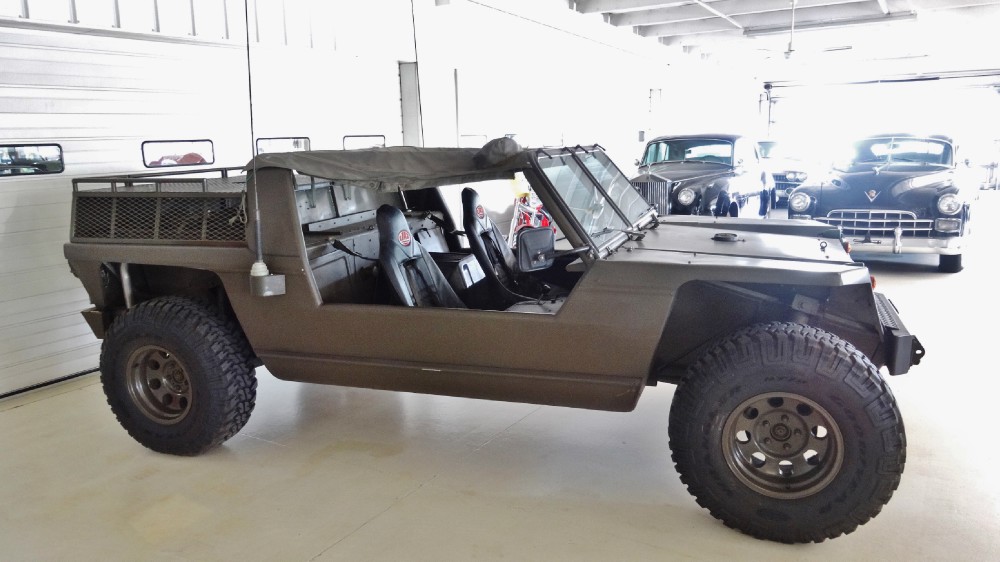 If you look at the XR311 and immediately think HMMWV, you aren’t too far off. The FMC XR311 was meant to be a replacement for the M151 “Mutt”, the Ford-built replacement for the World War II-era M38 and M38A1, and was intended as a fast attack vehicle and weapons platform. While the U.S. Army considered it, and tested it twice in the early 1970s, they ended up going back to the table and drafting up plans for what became the HMMWV. Shame, really, because from the perspective of a soldier, I would’ve loved to have had a two-seat runabout with cargo space and the ability to ring-mount a .50 cal on top, and the fact that a Chrysler small-block was powering it all meant that the phrase “fast attack” could actually mean fast. 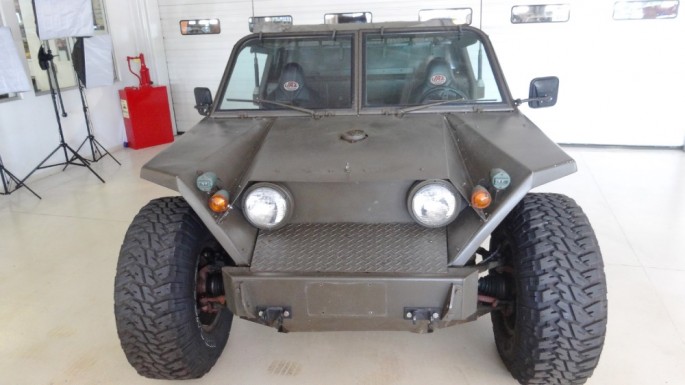 The outline of the vehicle is simple: a tube frame with an incorporated roll cage was the foundation of the XR311, and was finished off in heavy sheet metal. If it looks like a Meyers Manx on a serious regimen of steroids and maybe some other drugs, you are pretty much correct. The drivetrain was both anvil-simple and fairly trick: a rear-mounted Chrysler small block (either 318 or 360) and a 727 TorqueFlite transmission hooked up to a transfer case that split the power to Dana 44 center sections and a four-wheel independent suspension system that was pretty much a strengthened form of the system used on the Oldsmobile Toronado…so much so that the disc brakes were off-the-shelf Toronado pieces! 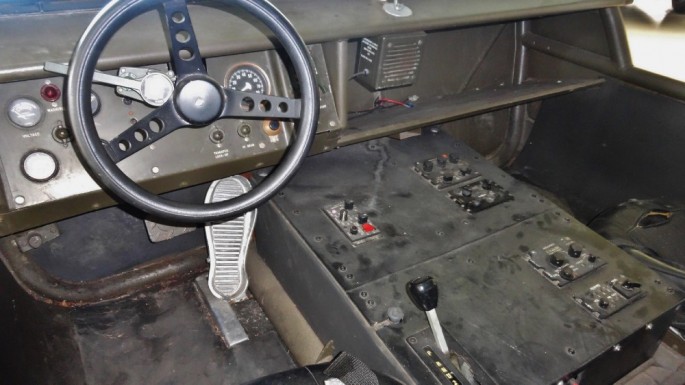 Inside, people with military vehicles will both be at home and surprised. The “center console” tunnel is similar to the HMMWV’s space-raiding centerline, but unlike the HMMWV, the panels seem to be perfect for radio mounting, like an aircraft. There is an actual dashboard filled with gauges instead of the military HMMWV’s pod system, and the shelf section for the passenger looks extremely useable, but doesn’t look to cut into legroom too bad. Everything else is as spartan as an Army vehicle gets. Ignore the foot pedal…this particular XR311 has been converted to street use. 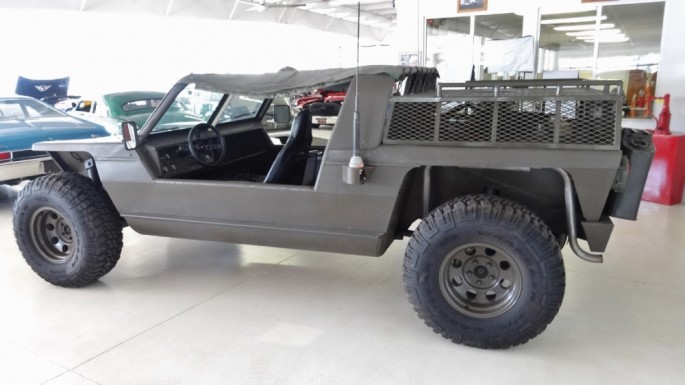 With a relatively low profile and fairly stout performance, the XR311 managed to stay in testing phases throughout the 1970s. They were adapted to carry TOW missiles, M2 .50 caliber machine guns, and radio systems. They were configured for recon, MEDEVAC, military police use, mortar teams, and many other layouts. But in the end, the 1979 request that evolved into the HMMWV killed off any chances the G.I. HotRod had. The military moved away from gasoline-burning engines in the late 1970s after discovering problems with the M880-series trucks purchased from Dodge in 1976-77, and while the 318 itself wasn’t a bad engine, in order to run the 24 volt electrical system the military required, the power steering pump had to be removed.

The XR311 saw a second life when Lamborghini, then under Chrysler ownership, took a look at the concept and turned it into the LM002 exotic utility. But we’d still like to see something like this powered by a 408 stroker Mopar, with some of today’s suspension technology. That would be a wicked little ride! 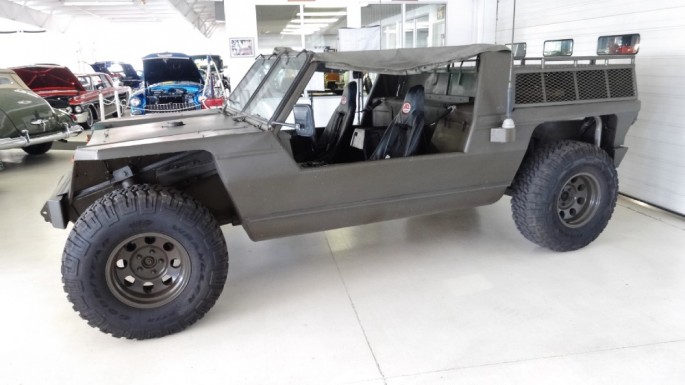