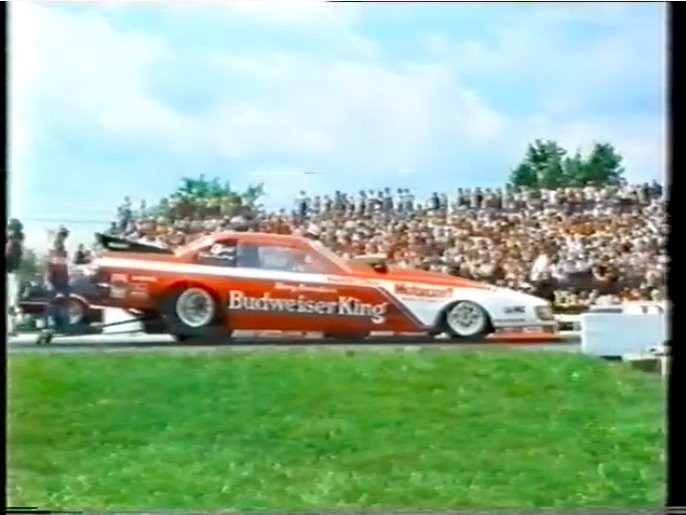 There were few people on this Earth that we thought were cooler in the 1980s than Kenny Bernstein. He had a championship team that was knocking down race wins and points titles all over the place, the guy owned cars in different forms of racing, he was probably the best corporate marketing driver that NHRA ever had, and above it all, the dude was just suave. He was always professional no matter what he did and that attitude showed through so clearly and does show through so clearly in this film you are about to watch below.

Interestingly we’re not sure who actually made this or if Bernstein commissioned it himself. It could have been Budweiser, it could have been Motorcraft, it could have been the sneaker company. They all get significant play over the course of the video but at the end of the day this is not some corporate stroke piece, it is a documentary-style film about drag racing and funny car racing that follows Kenny and the boys around to different track and scenarios.

You’ll see plenty of in-car footage here, some neat side by side racing, and at one point an illustration of just how fast funny cars are with Frank Iaconio racing a stock Mustang against King Kenny in his Tempo.

This is a film we never knew existed but are sure happy that we found. We think that you’ll love it as well!

Fun Video: The Best Supercars Of Th 1970s...That Are Not The Lamborghini Countach! Classic YouTube: Chrysler Wasn't The Only One Messing With Turbines - Check Out This Coal-Powered Oldsmobile!