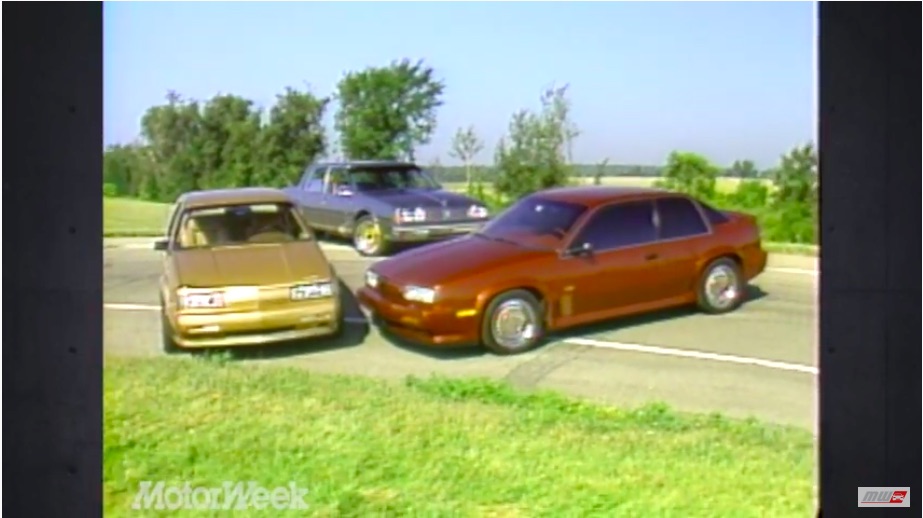 Oldsmobile, remember them? We do. We remember them real well and it’s interesting to look at the life arc of that brand and kind of step back and see where things really went wrong for them. We know that one place they did not go wrong was in the front half of the 1980s. They could not make Cutlass models fast enough, they could not crank the cars out of factories at the pace they needed. By 1987 though, a change was on the horizon. GM was going to lose the rear wheel drive mid-size cars and go front wheel drive. They were going to put way less emphasis on carburetor equipped V8 engines and move downstream into smaller, more potent four and six bangers. They were going to be moving away from the things that people who bought Oldsmobile, loved about Oldsmobile.

It wasn’t all bleak at that time, though. Why? Because of a pissed off little engine that the brand had developed and was brining to market called the Quad 4. Kind of noisy, kind of shaky, and kind of ragged at times, these little engines made more horsepower than the V8s and were half the size! The video you are about to see is kind of an interesting introduction to the engine for the world. Shown are the naturally aspirated version as well as a turbocharged version. GM flirted with the turbo engine as a performance option on cars but never released it for sale. The NA versions of the Quad 4 were used in variations up to 190hp! That’s out of basically two liters and in the early 1990s. Impressive stuff.

Refined and changed over the years, versions of the Quad Four were being sold as the EcoTec series of engines were introduced and rolled out, finally knocking the little four popper off its perch.

Outside of the engines here we dig the styling of these cars. The Olds 88 with the BBS looking wheels on it is kind of awesome. Dare we say that the thing is mildly sexy and it looks like it gets down with the turbocharged version of the Quad 4 under the hood. We’d take the 88 and the gold car first and second. The little red Toronado is cool but it’s our third pick. You?

Top Fuel Comeback: Doug Foley Set To Compete At This Weekend's Arizona Nationals - Back After 10 Years Engine Building Video: Watch A 572ci Stroker Hemi Get Built, Topped With An 8-71, and Tested On The Dyno!