No, Canada: This 1982 S10 Has Been Stretched, Mid-Engined, Blown, and Given Dually Fenders 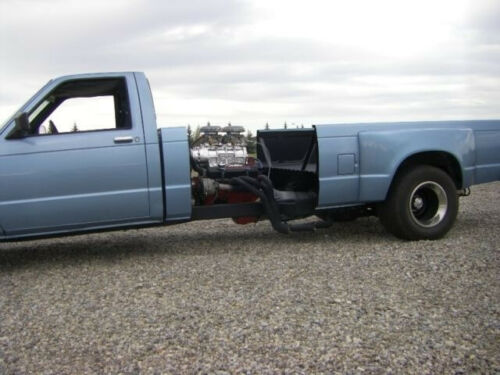 There’s that major underlying question that always comes up with any purchase. We’re talking anything from a new hat to a new hot rod. “It is worth it?” That’s a loaded question for sure because it has 100-different angles to it. Worth it financially? Worth it for the effort it’ll take? Worth it for the attention that it will get? Worth it for how much time you have to devote to it? The list goes on and on forever. This S10 is one of the only vehicles that makes us ask the question all of the 100 times. This thing is a freak show extraordinaire and some people will love it while others will huck rocks at it. Why? Well, look at it! This was something someone built to see if they could…and it turns out they could.

You are looking at a 1982 S10 truck that has been stretched some 50-inches, repowered with a claimed 850hp blown small block, armed with a dually bed, and equipped with massive pro street style rear tires. We’re not sure if it has ever been drag raced or anything of that nature but it does not have a roll cage, so we’re guessing not. The owner is claiming 0-60 times of 4.7 seconds. That seems oddly specific and frankly it seems pretty slow with something packing 850hp. Performance SUVs with way less power are capable of doing that.

This is certainly not the first stretched out, mid-engine S10 we have ever seen. The turbocharged “Stretchy Truck” from Drag Week is likely the most famous of this breed. This thing is really different and we’re not thinking many people will be running up to buy it at $27,000 but we’ve been wrong before. What say you?

eBay: No, Canada: This S-10 has been stretched, mid-engined, dually equipped, and more 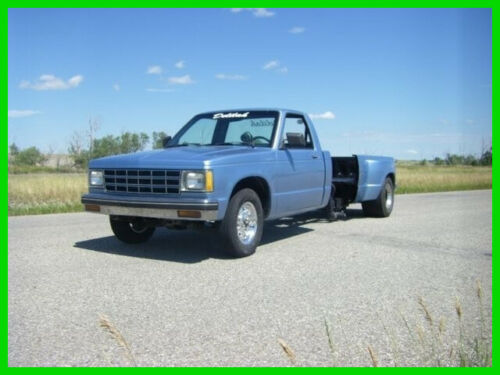 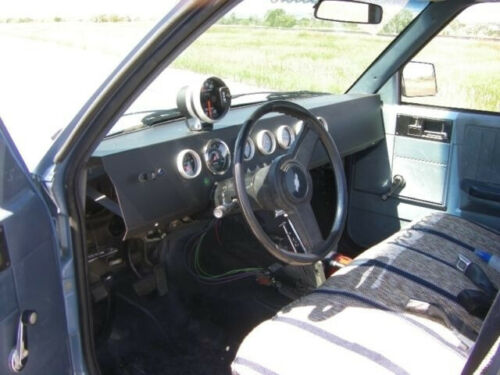 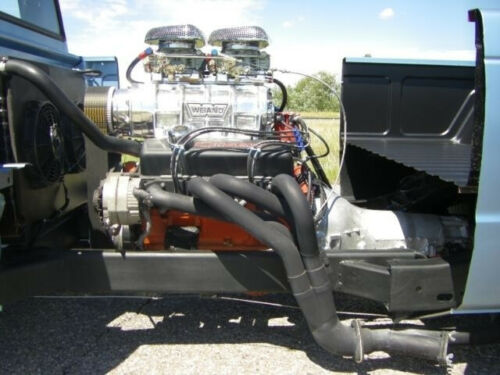 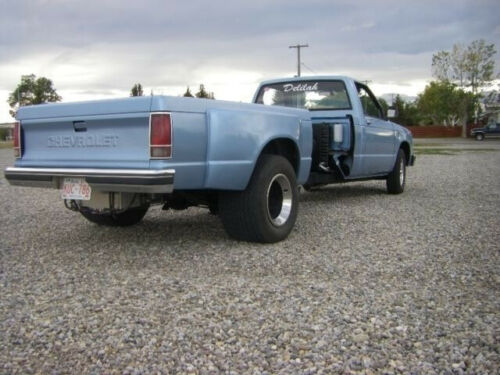 One thought on “No, Canada: This 1982 S10 Has Been Stretched, Mid-Engined, Blown, and Given Dually Fenders”