NHRA Time Machine: Watch The 1988 NHRA Fallnationals From Phoenix – A Duel In The Desert 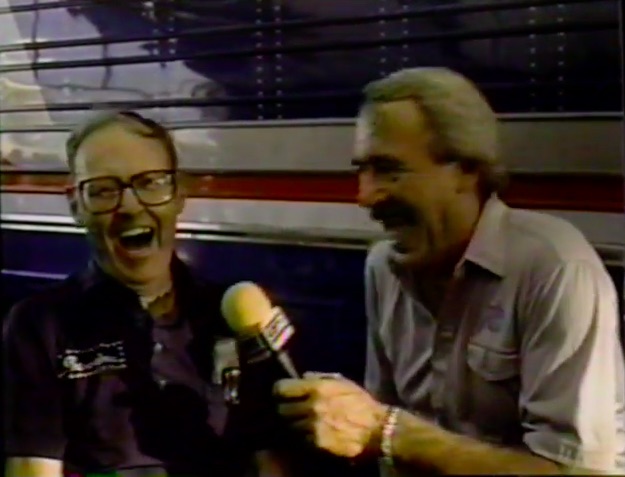 Next weekend, the NHRA tour returns to Wildhorse Pass Motorsports Park outside of Phoenix, Arizona for the NHRA Arizona Nationals. This race is always a good one and with a historically cool forecast in the cards, it could be a weekend of historically epic performances. The NHRA did not always race at Phoenix in the early part of the season. For many years they raced at the track in the later part of the season because it made sense to hit the place and then send the teams to Pomona for the world finals. This 1988 race was an awesome one and it was late in the year (as mentioned) so when you hear them talking about guys who have won championships and stuff you understand.

One of the best moments in this video is a pit interview between Steve Evans and the legendary George Hoover. George was Tom “Showtime” Hoover’s dad and he was nearly 90 years old when this video was made in 1988 and he was still building all of the team’s engines. The laughter came in when Evans asked Hoover if he thought his son would ever amount to anything. Both guys break up and it is a funny and very human moment on the broadcast.

The best moment comes after the Pro Stock final when Bob Glidden talks a load of trash (in a respectful way) towards Warren Johnson. It is a very well crafted and pretty awesome string of words that he’s compelled to say. Bob did not get his dander up often in public so this is about as close as it gets.

An awesome watch. You’ll love it!

Press play below to watch the 1988 NHRA Fallnationals in Phoenix –