2014 Meltdown Drags Coverage: The Inside Story Of The Event And Another Load Of Awesome Photos 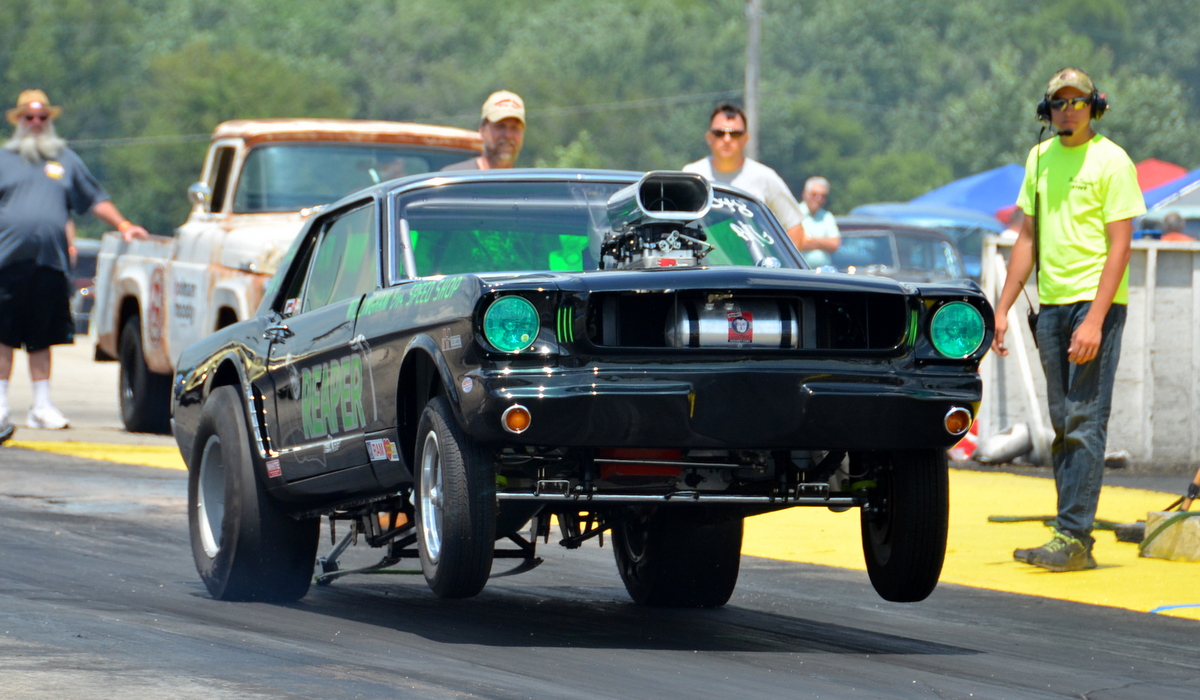 (Words: Greg Rourke – Photos: Rourke/Chiluk) – The Meltdown Drags was borne out of the frustration on a group of vintage drag racing enthusiasts. They felt they were being treated rather shabbily at the local dragstrips. Their cars didn’t really fit any classes, and at least one of the required a push start, just like the old days. There were other nostalgia events, but this group felt they could do it better. They also wanted a true “vintage” event, not just “nostalgia”. Looking at the current crop of front motor dragsters competing at nostalgia events, they aren’t fooling anyone. These cats wanted to feel like they stepped out of a time machine set for 1966.

Enter Ron Leek, the drag racers best friend. His Byron Dragway near Rockford Illinois is known for putting on events one doesn’t see just anywhere. He agreed to let this group run, they named the event the Meltdown Drags, a nod to the Byron Nuclear plant near the track. Twenty racers showed up that first year. Everyone had fun, mission accomplished. Word got out, the group formed the non profit Meltdown Drags Association, and plans were made for next year. More showed up in 2010, another success. The following year a new owner took over the track, but he had literally grown up at the track and was tutored by Ron. Still, he was a little concerned about losing a day of the tracks famous big money bracket races to accommodate the Meltdown, which was now needing at least a full day. The day in 2011 came for the race, but it rained. Rain, rain, and more rain. But the racers came anyway. All day long racers towed into the track with the hope the rain would quit long enough to get some runs in. It took until midday on Sunday before the track was dry. Management took notice of this group of hardcore racers who just wanted a place to race. The Meltdown Drags would be on the schedule for as long as they want to put it on.

This year all hell has broken loose. Over 500 entries met the criteria to participate. Their guidelines are fairly simple, they want cars 1966 and older that look like they were raced in 1966 or earlier. A few safety rules are in place, basically what would be required for the times you are running at any other track. For the first time modern, bigger slicks are allowed, but you must remove any white or yellow lettering. This let some faster entries compete, guys that were justifiably concerned about running pie crust slicks. If you don’t meet the criteria, you are welcome to the car show. Racers started showing up Thursday for the now three day event, towing in from California, the Carolinas, Canada, and everywhere else. By Saturday afternoon there was not a place to park another race car. What was usually spectator parking became grassy pit spaces. Spectators parked in fields near the track, anywhere they could find. Fans came from Hawaii, Europe, and Australia. The car show and swap meet was bumper to bumper, door handle to door handle. Ron Leek used his 50 years of experience to keep the races moving, chastising drivers of support vehicles for not hauling ass down to pick up their drivers. For almost two hours Ron pleaded with spectators to return to the stands so photos could be taken showing the joint packed to the rafters, but it was like herding cats. Too much going on, too much to see, no one wanted to give up precious time for a few photos.

It should be noted the Meltdown guys run this deal entirely out of their own blue collar pockets. Gate money goes to the track, and not one nickel is earned until the first tee shirt gets sold. Any money in the black they end up with goes toward next years event. And these guys can run an event. Dressed in the pit whites that used to be common, members were posted throughout the facility to direct anyone who needed it, all had radios if more help was needed. Leaders Eric Koopmeiners and Paul Zeilsdorf, wore the tires off their golf carts driving around making sure everything ran smoothly. Ed Iskenderian and Bones Balough were on hand taking in the action and signing autographs.

What is in store for 2015? The event can’t get much bigger, the place was full. One thing is certain, as long as guys want to race vintage iron, the Meltdown Drags will provide an event. 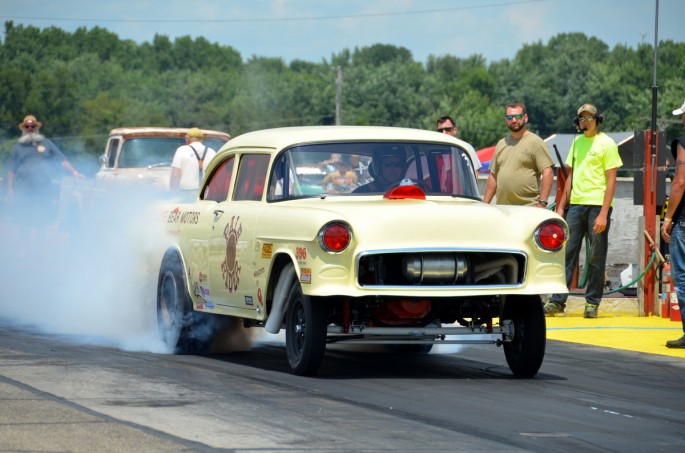 5 thoughts on “2014 Meltdown Drags Coverage: The Inside Story Of The Event And Another Load Of Awesome Photos”