2017 Race Of Gentlemen Photo Coverage: One Of The Neatest Events In The Country Delivers Again 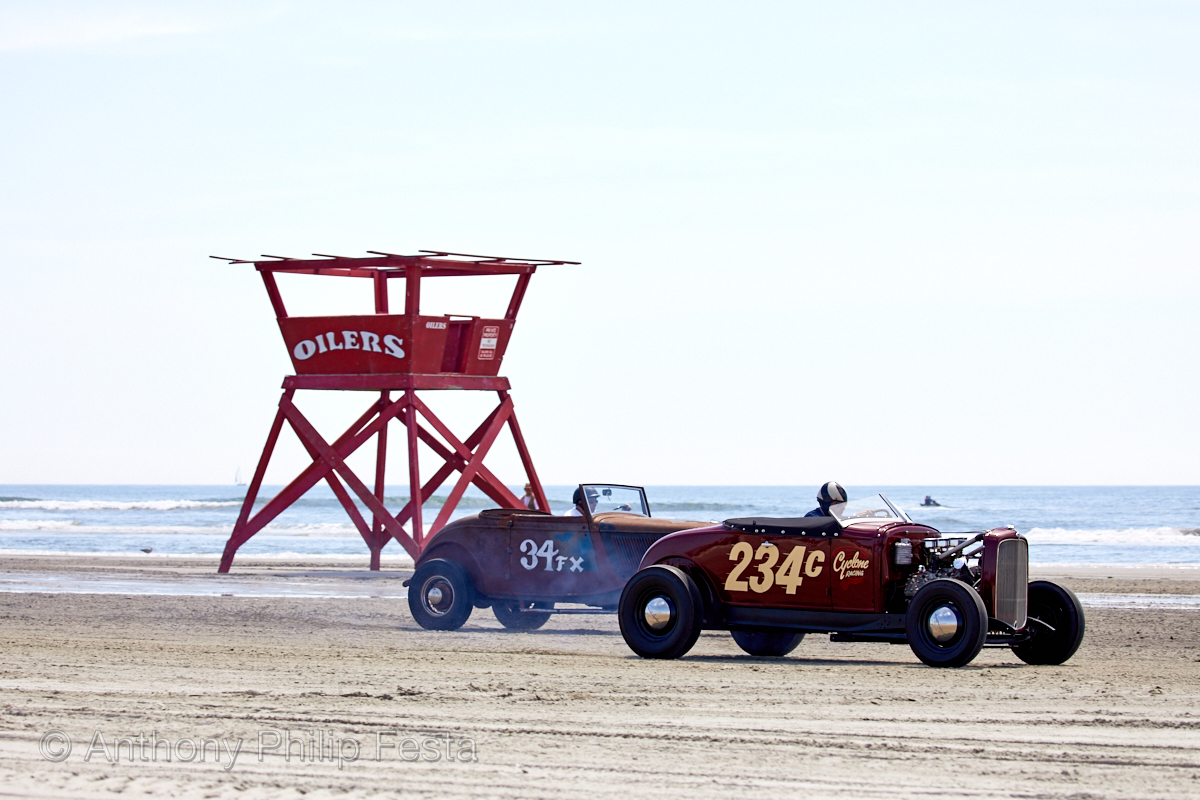 (Words and photos by Anthony Festa – AnthonyPhillipFesta.com) – This year marked the 5th outing for The Race of Gentlemen, a Stultz & Sons Productions event that harkens back to the days of old when automobiles raced on the beach. Take the Oiler’s Car & Motorcycle Club, mix in period correct hot rods / race cars and motorcycles, add in the Wildwood Beach which used to host racing in days long since past and you create a unique event that must be experienced.

While the racing happens on the 10th (exhibition) and 11th (class racing), the change in the town begins to take shape earlier than that. This year on Thursday the 8th there was a Hop Up Magazine party where the racers and those in town for the event met up to get have a good time. On Friday, the car corral next to The Starluxe Hotel filled up as racers arrived for check in and inspection. The corral overflowed with cars and people and was a great place to see racers tweaking their cars, artists lettering, striping or painting logos and even one of the sand rail being assembled. It’s also a great opportunity to meet the racers and talk with them. Later that evening at the Bonito Motel was the Night of The Troglodytes Chopper Show. Live music food and libations were all on deck for the packed out party showcasing all kinds of choppers in the motel’s parking lot.
On Saturday the racers line up early to get out on the beach as spectators also file in. After a race meeting and a short wait for the tides the action gets under way. New this year was the rail class and the first Servi-Car competing. With Saturday as an exhibition race, anyone can lineup against whomever they like and have at it down the beach. As in years past there is live music, the Kustomrama, a selection of custom cars displayed for those to see, libations and food to keep attendees entertained.

Sunday moves into the class racing and the “brackets” begin to heat up quick. As the racers battle it out for their class win those eliminated still have the ability to race against friends as long as there’s a spot open on the beach. Winners of each class are as follows:

TROG takes the mold of car show or nostalgia race and breaks it, creating something new and more interesting. It is an experience unique to this event giving the attendee the best of both worlds. If you have the chance, get out and see and live it in person.
(HUGE THANKS TO ANTHONY FOR THE PHOTOS – CHECK OUT HIS WEBSITE!)

This Four-Speed Equipped 1973 Pontiac GTO Is A Large and Rare Bird - Late Muscle Coolness 2017 Gasser Reunion Coverage - The Party Was At Thompson Dragway And We Were There!

2 thoughts on “2017 Race Of Gentlemen Photo Coverage: One Of The Neatest Events In The Country Delivers Again”