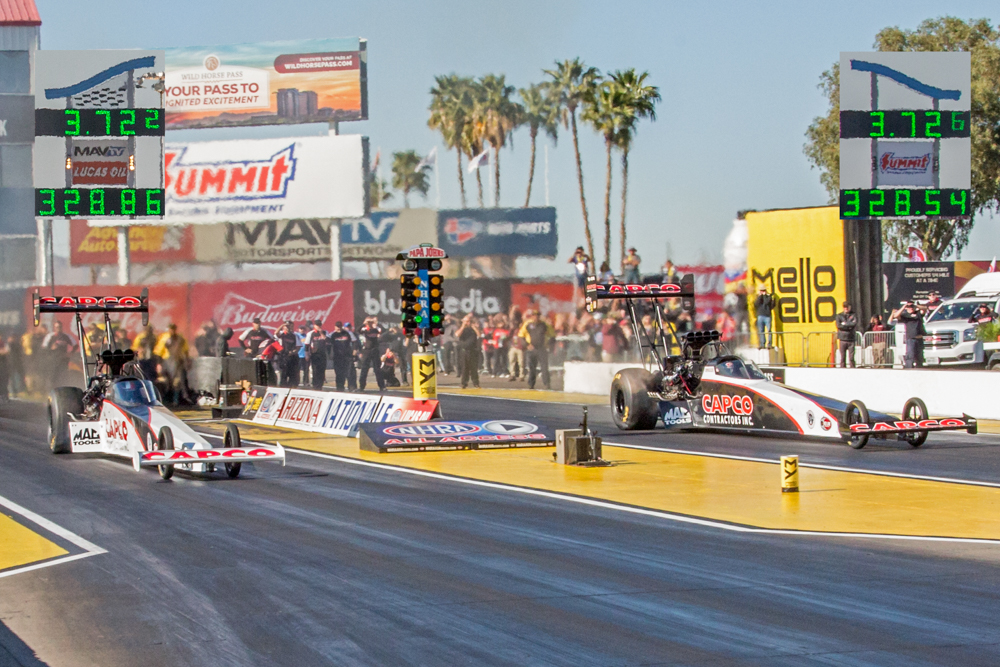 (Photos by Mike Burghardt) – For me, drag races are collections of individual moments. Yes, story lines develop over the course of a race but the stuff that happens from minute to minute is amazingly compelling as well. This gallery is proof of that. Take the lead photo for example. It was Billy and Steve Torrance racing in the semi-final round against each other. Dad vs kid and boy was it a race. No one laid down, no one took a swan dive. Those two guys raced their hearts out and the scoreboards told the tale. It was awesome!

Know who else raced their hearts out? Sportsman competitors. You will see a bunch of the sportsman winners both on the track and receiving their hardware on the return road as well. For some it was the first time they received a Wally. For others, it was another in a long line of them. They all share one thing though, the look of excitement and accomplishment in earning drag racing’s most coveted hardware.

The 2018 NHRA Arizona nationals were weird, fun, scary, and fast. We can’t wait until Gainesville.